Yokohama based Japanese automotive manufacturer Nissan has just released the first teaser of its upcoming pure electric hatchback which has been touted to be the successor to the not so successful Nissan Micra. As per the media reports, the forthcoming EV hatchback will be based on a brand new platform called the CMF-BEV that will be co-developed by the Renault-Nissan-Mitsubishi Alliance. This platform will also form the underpinning for the Renault 5 EV as well. 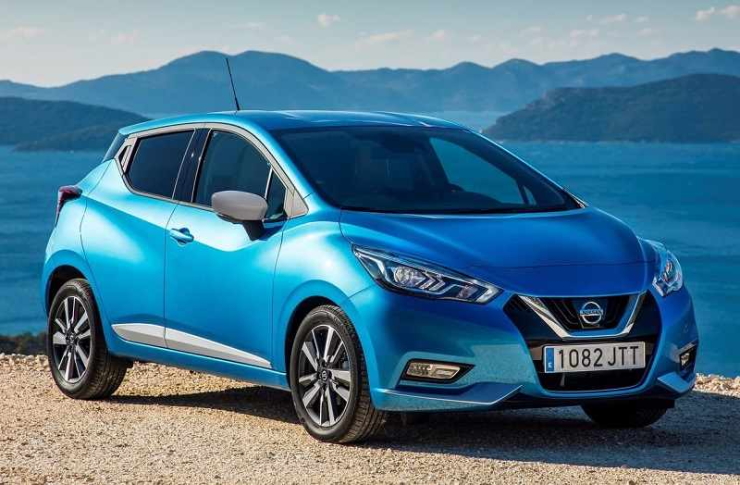 Recently, Renault, Nissan and Mitsubishi announced their € 23 billion investment to form a new alliance that will be working on the development of new electrified platforms that will become the base for the various new EV products launched by the participating brands. Under which, one of the platforms will be the CMF-BEV on which the next generation Nissan Micra will be based.

As of now, there is not a whole lot of information available about the Micra replacement but from the teaser shown by Nissan, we can spot a small city zipper hatchback with a huge round daytime running LED DRL. The upcoming model will be retaining its position as Nissan’s entry-level model and will be designed by designers of the Japanese brand. However, the engineering and manufacturing of the vehicle will be done by the Alliance participant French automaker Renault at its ElectriCity plant in France.

Nissan chief operating officer Ashwani Gupta during the announcement commented, “This all-new model will be designed by Nissan and engineered and manufactured by Renault using our new common platform, maximizing the use of our Alliance assets while maintaining its Nissan-ness.” While he also added, “This is a great example of the Alliance’s ‘smart differentiation’ approach. Succeeding our iconic Micra, I am sure this new model will provide further excitement to our customers in Europe,”

According to the Alliance, the CMF-BEV will be launched in 2024 and will be large enough to make room for a bigger battery pack that will be able to provide a range of around 400 km. In addition, the Alliance also announced that this platform will become the bedrock for the sales of more than 2,50,000 vehicles annually from brands like Nissan, Renault and Alpine. It was also confirmed by the merged association that this new platform will replace the current platform used by the Renault Zoe and the Nissan Leaf and will be able to cut down the costs by around 33 percent and also reduce the power consumption by 10 percent.

Additionally, the merger will introduce a total of 4 other platforms apart from the CMF-BEV in which one of the platforms will be specific to specific to vans, while others will be for Japanese-style micro Kei cars and the budget CMF-AEV platform that underpins the Dacia Spring city car. While it was also announced that a total of 35 new cars will be based on these 5 platforms that will be launched in the coming 5 years.

The post Nissan Micra’s successor will be an electric car from Renault first appeared on Cartoq.Cartoq Read More