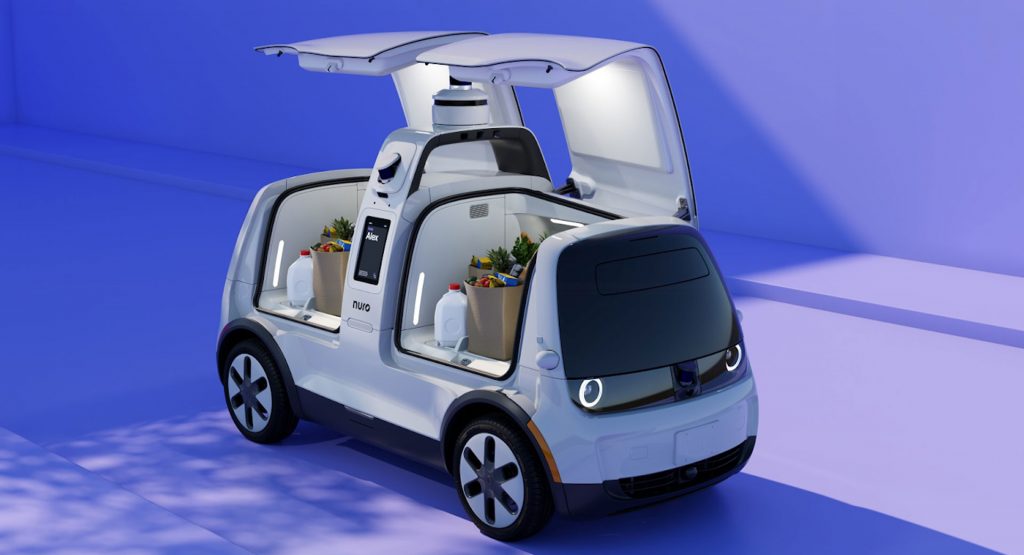 Nuro has been one of the more promising autonomous delivery startups and today the company unveiled their third-generation vehicle.

Simply known as the Nuro, the model is slated to bring “safe, eco-friendly, and convenient services to millions of people across the country.”

Nuro didn’t delve into specifics, but said their latest model is an automotive production-grade vehicle that is “ready to be produced at scale.” Furthermore, the EV is a lot cuter than its predecessor as it features sleeker styling and a friendly ‘face’ with circular headlights.

Also Read: Do You Still Have To Tip? Domino’s To Use Autonomous Nuro R2 To Deliver Pizzas

While the styling changes are interesting, the Nuro is all about deliveries and it has twice the cargo capacity of the R2. In particular, it boasts 27 cubic feet (765 liters) of storage space and this is enough to hold approximately 24 bags of groceries.

The model can carry nearly 500 lbs (227 kg) of cargo and features modular storage inserts as well as the ability to heat or cool items. As a result, one compartment could carry pizzas at temperatures up to 116° F (46.7° C), while the other compartment holds drinks or frozen treats at temperatures as low as 22° F (-5.6° C). 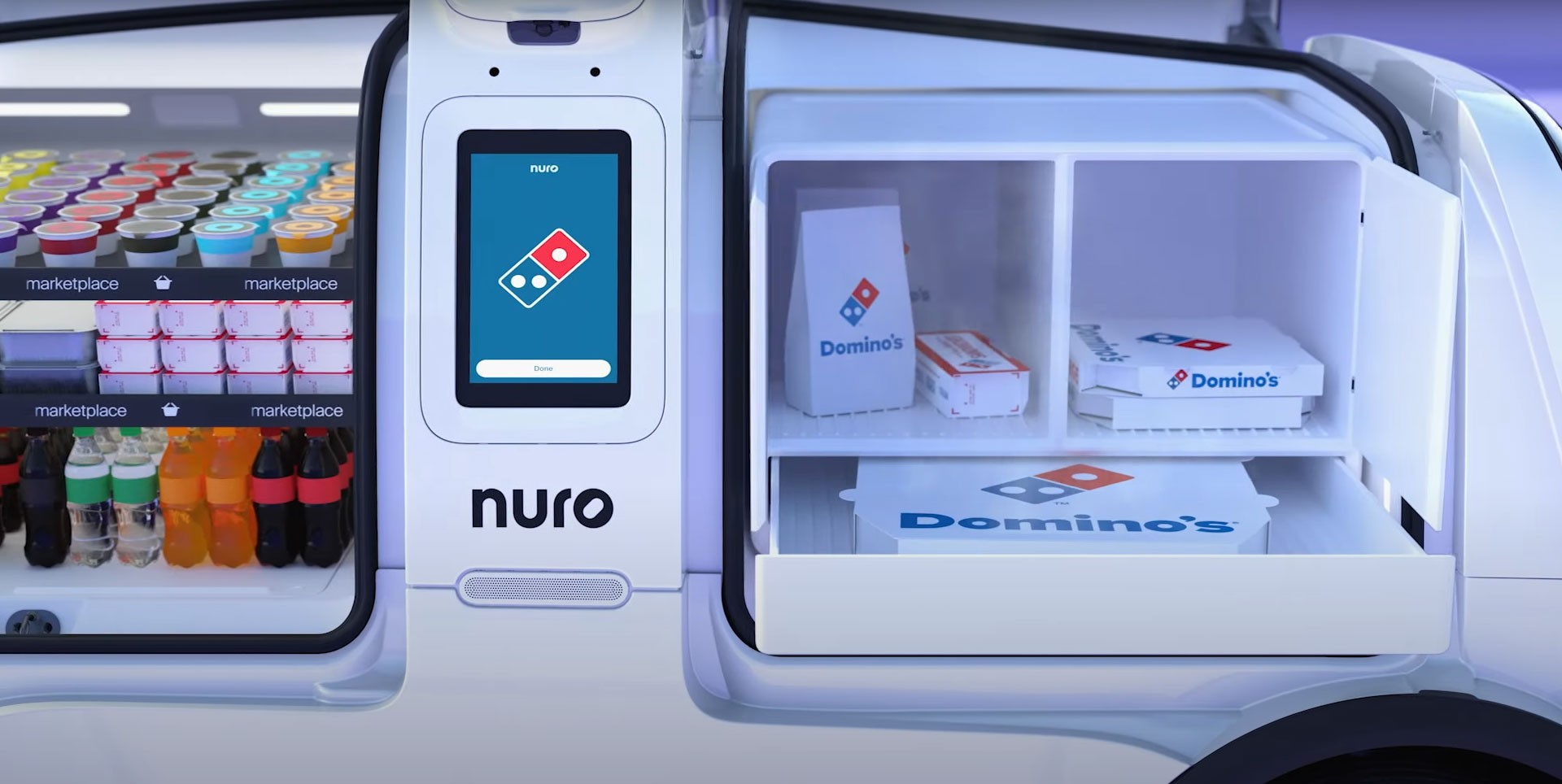 On the safety front, there’s a “multi-modal sensing suite” which consists of cameras, thermal cameras, lidar and radar sensors to create a 360° view of the vehicle’s surroundings. The new model has also been designed to operate in various weather conditions and has been outfitted with the ability to clean its own sensors.

However, the most noticeable safety feature is the new external airbag. It features a unique design and will deploy in the event of a collision with pedestrians or bicyclists.

The model is also more capable than its predecessor as the top speed has been increased from 25 mph (40 km/h) to 45 mph (72 km/h). This drastically improves its usefulness as the third-generation delivery vehicle will be able to serve more customers and operate on a wider variety of roads.

The delivery vehicle will be built by BYD North America and be completed at Nuro’s end-of-line manufacturing facility in southern Nevada. The company said the facilities have the “capacity to manufacture and test tens of thousands of delivery vehicles per year,” and this hints at their ambitions in the growing autonomous delivery market which has already seen interest from companies such as Chipotle, Domino’s, 7-Eleven, FedEx, and Kroger.