The Mercedes-Benz 450 SLC 5.0 may not seem like the first vehicle you would choose for endurance racing, but back in the late 1970s and early 1980s the car became an unlikely hero – winning many of the world’s toughest endurance rallies, often with a 1-2 finish.

Mercedes had developed the 450 SLC 5.0 specifically to homologate the model for the 1978 World Rally Championship, with a new engine and a number of modifications to make the car lighter and better suited to racing.

Not long after the Mercedes-Benz 350 SL and SLC models were introduced in 1971 the model family was nicknamed the “Panzer Wagon,” after the relatively heavy kerb weight of 3,500 lbs (1,590 kgs).

The Panzer, or Panzerkampfwagen, was of course a hefty German battle tank used during the Second World War. 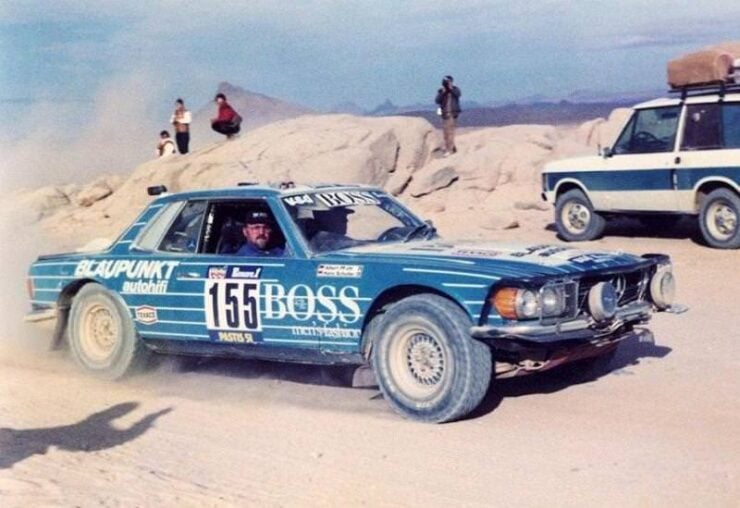 The Mercedes 500SLC in the Paris-Dakar Rally. Note the oversized tires that had been paired with lifted suspension and under-body armor plating. Image courtesy of Mercedes-Benz.

The internal model names for the SL and the SLC of this generation were R107 and C107 respectively, the letter stands for either “roadster” or “coupe,” and 107 was the chassis designation. It would be the second longest running model series for Mercedes, running from 1971 to 1989, beaten only by the G Wagon.

The reason the R107/C107 is a little on the heavy side is because it was designed more as a GT car than a sports car, in an era when Mercedes were building cars to last indefinitely, rust permitting.

The structure of the model series used steel unibody construction with independent front and rear suspension, disc brakes front and rear, and a front engined, rear wheel drive layout. The model was initially offered with the 3.5 liter Mercedes V8 and either manual or automatic transmissions, later a variety of V8s and inline-sixes were also offered.

In total, Mercedes built over 300,000 examples of the R107/C107. They’ve largely stood the test of time thanks to their sturdy construction and reliable drivetrains. The biggest problem for them tends to be the same problem faced by all steel-bodied vintage cars – corrosion. 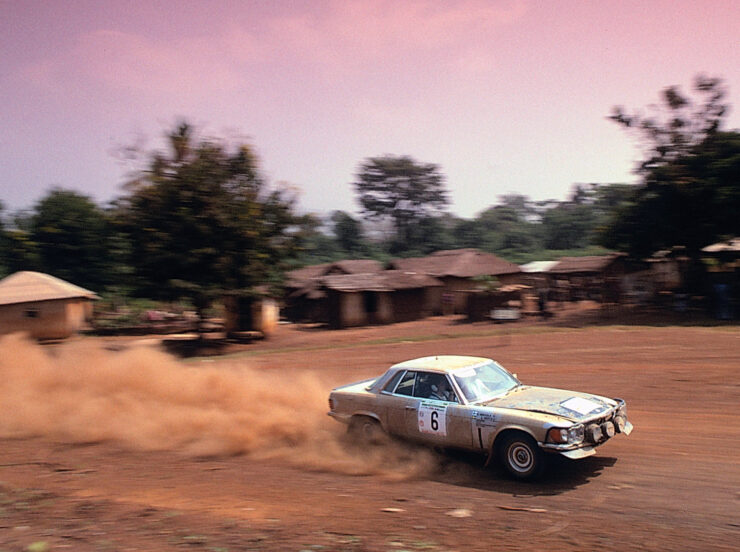 The Mercedes-Benz 450 SLC 5.0 on its way to victory in the 11th Rally Bandama along the Ivory Coast in 1979. Image courtesy of Mercedes-Benz.

Thanks in part to the fact that so many were made the Panzer Wagon remains quite affordable in most world markets, depending on the specific model of course.

Most were built with automatic transmissions so manual cars tend to fetch a premium, but companies like the SL Shop sell bolt on kits to convert autos to manuals over the course of a weekend.

The Mercedes-Benz 450 SLC 5.0 you see here was given a comprehensive rebuild to historic Paris-Dakar Rally specification by specialists SLC Racing in Slovakia four years ago. The total cost of the build was over €150,000 ($170,000 USD).

The 450 SLC 5.0 was a special homologation version of the 450 SLC fitted with the new all-aluminum version of the Mercedes-Benz M117 V8 engine with a displacement of 4990cc, 240 bhp, and 88 lbs less weight than the comparable 450 SLC V8 with its iron block. 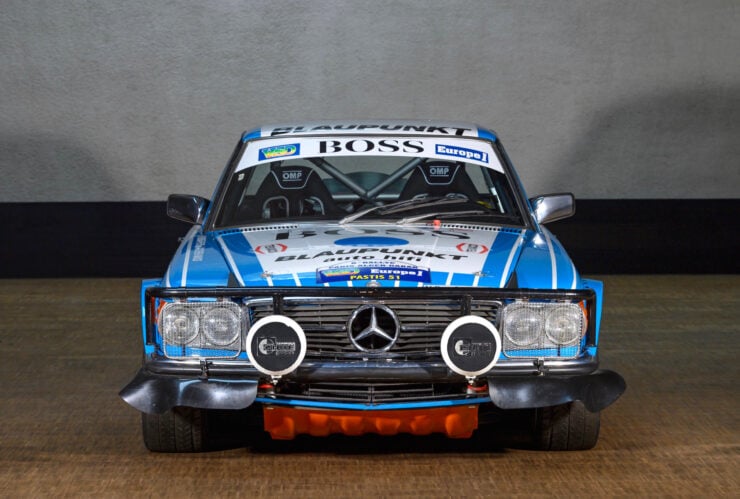 This car was carefully built to Paris-Dakar specification by SLC Racing in Slovakia, the total cost for the build was over €150,000 ($170,000 USD). It would would likely make an excellent entry into the new Dakar Classic class if the new owner so wishes.

Though not originally designed with endurance rally racing in mind, this is just what Mercedes did with the model starting in 1978 with a 1-2 finish in the Vuelta a la América del Sur, a grueling 7,000 kilometer race leaving from Buenos Aires and returning in a loop via Rio, Manaus, Caracas, Bogota, Lima, La Paz, Santiago, and Ushuaia.

The 500 SLCs would finish way down the order, classified 44th and 62nd, spelling the end of the model’s competition career.

The Dakar replica you see here is due to roll across the auction block with Bonhams on the 3rd of February with a price guide of $170,000 – $230,000 USD, you can click here if you’d like to read more about it or register to bid. 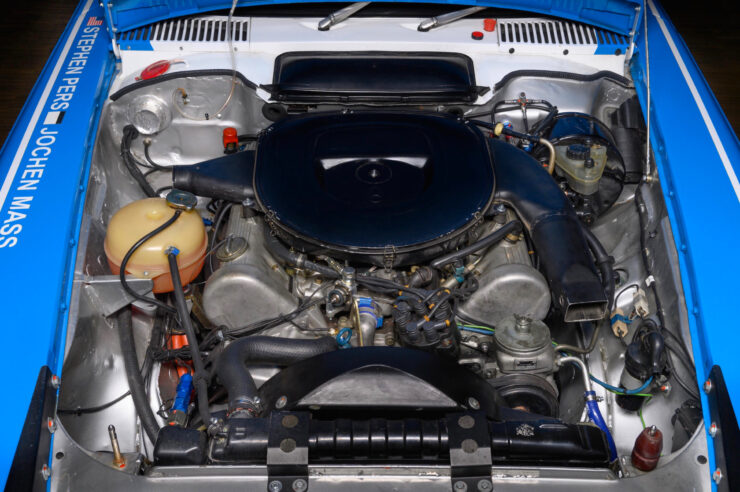 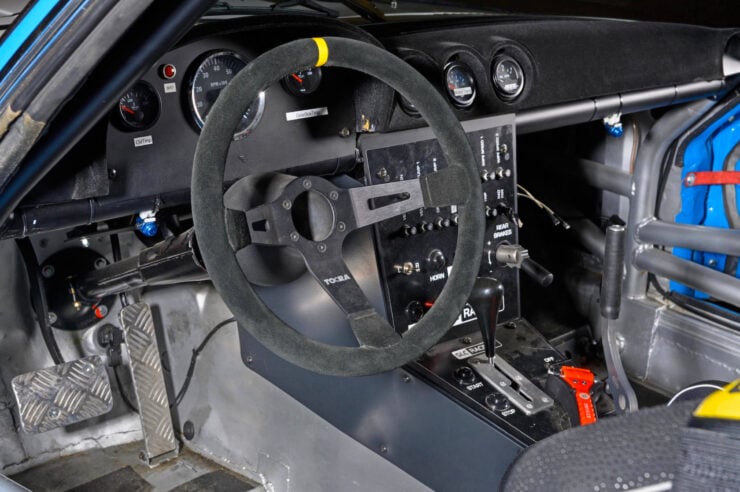 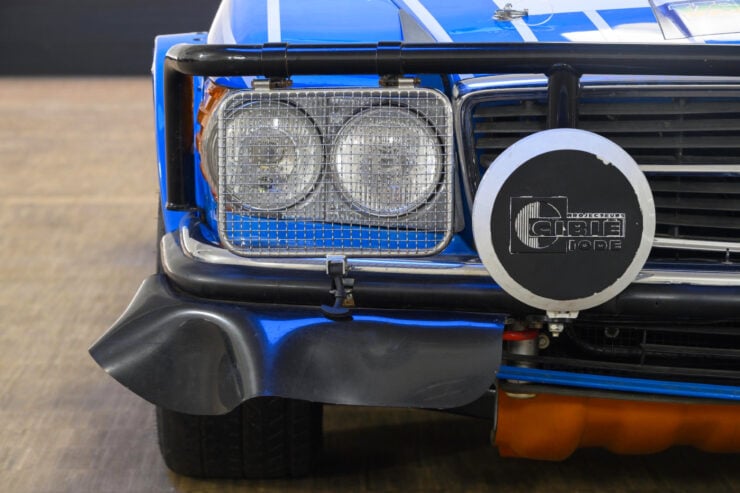 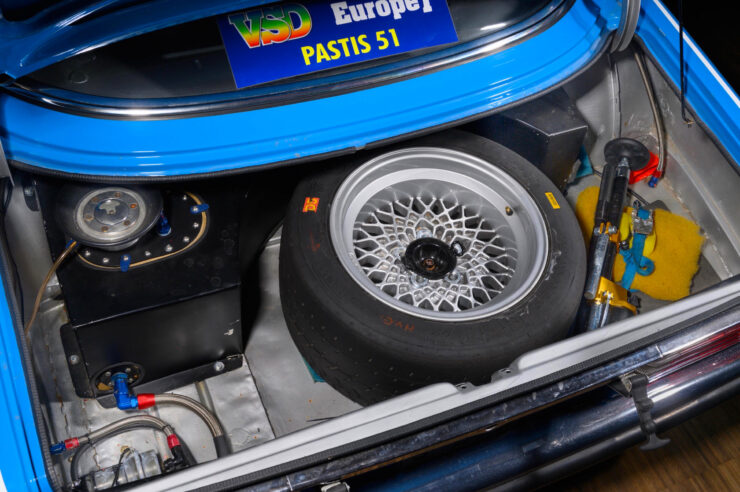 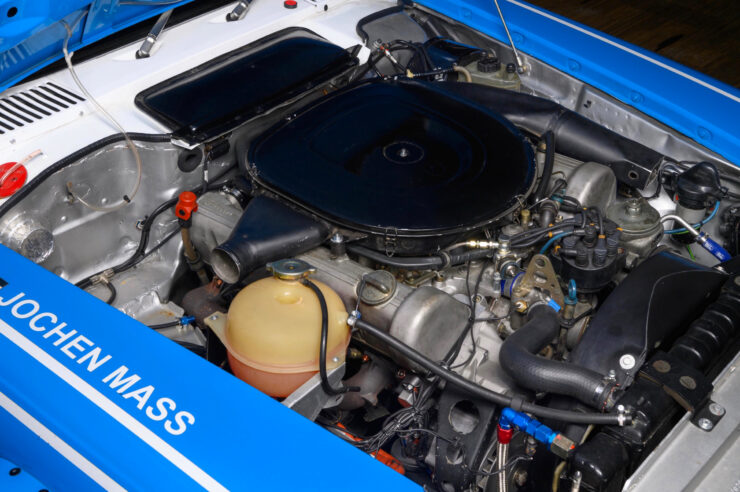 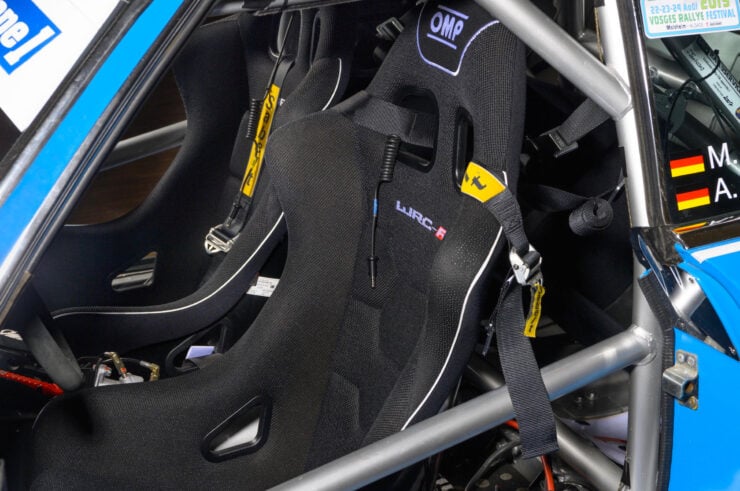 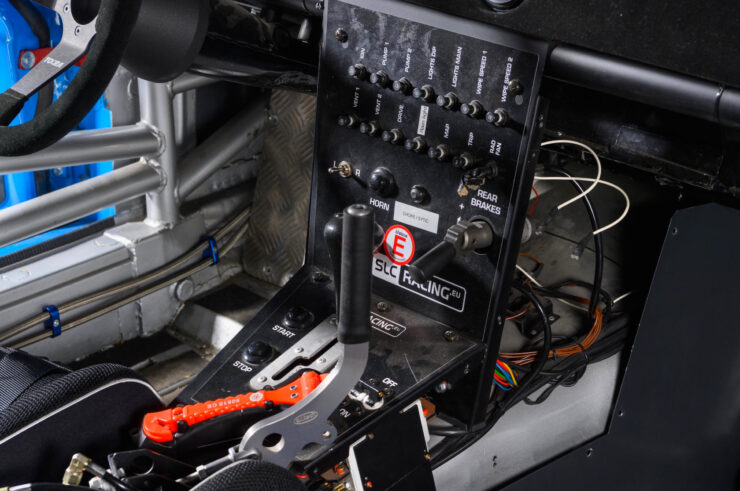 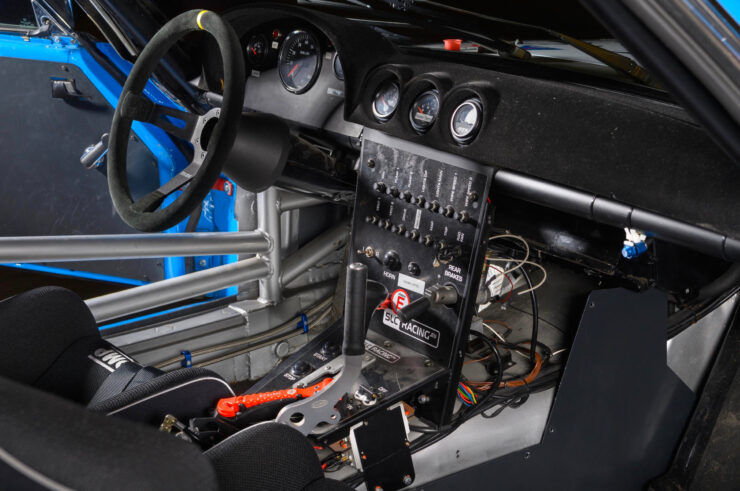 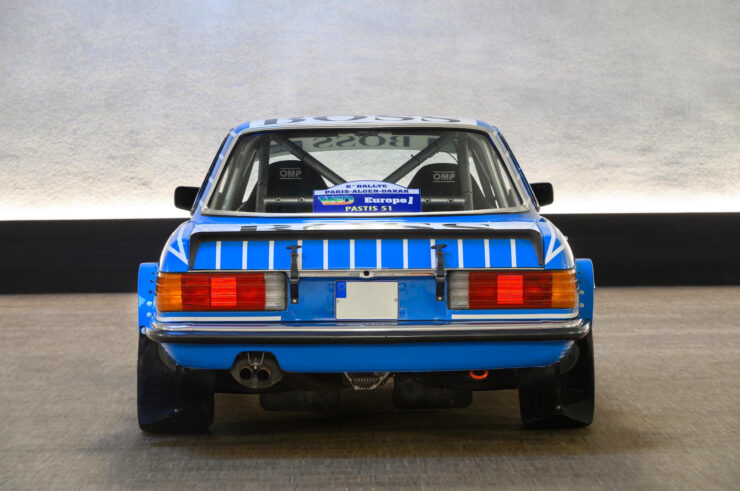 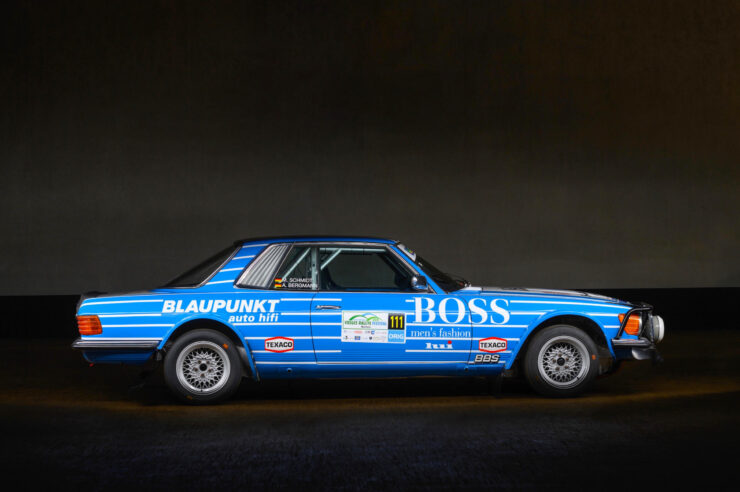 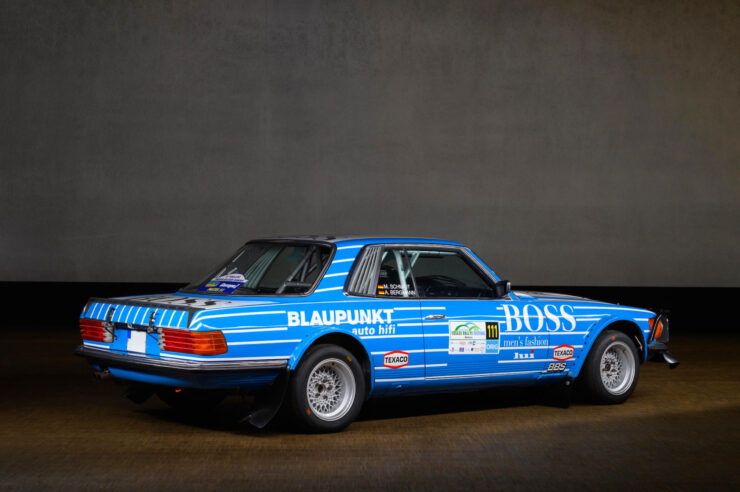 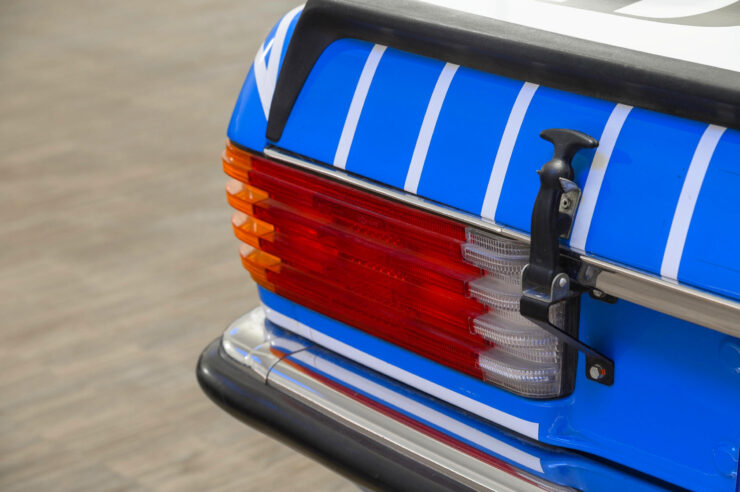 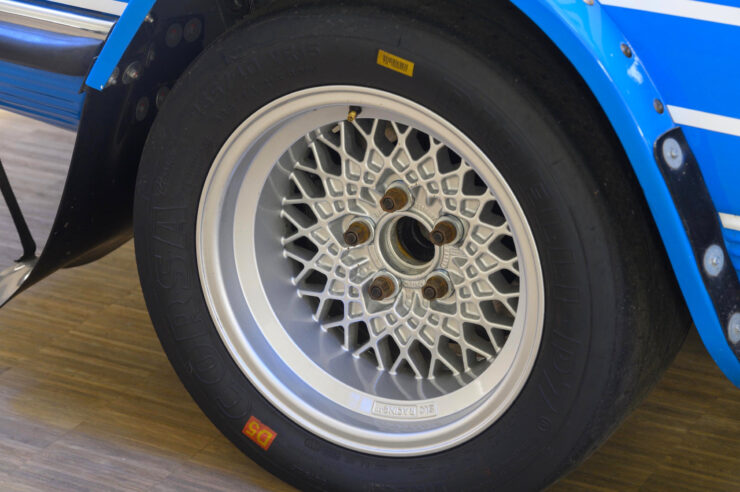 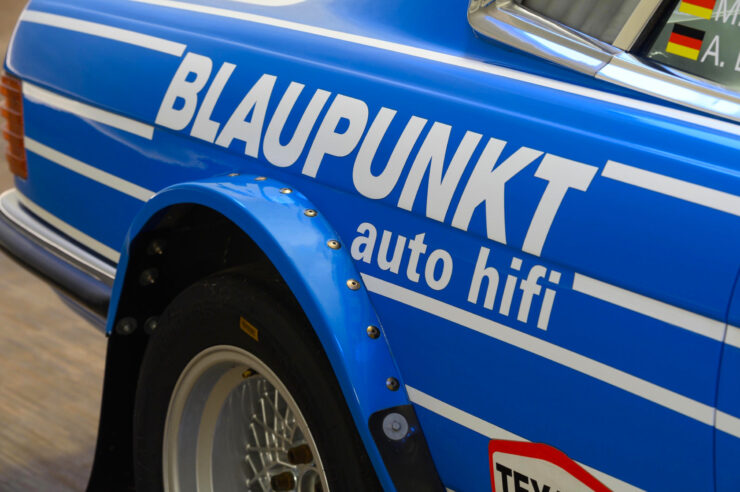 Images courtesy of Bonhams and Mercedes-Benz