Our Scandi-cool EV is already turning heads. Will we be shaking ours before we part?

Why we’re running it: To see if an electric car fits into a high-mileage life 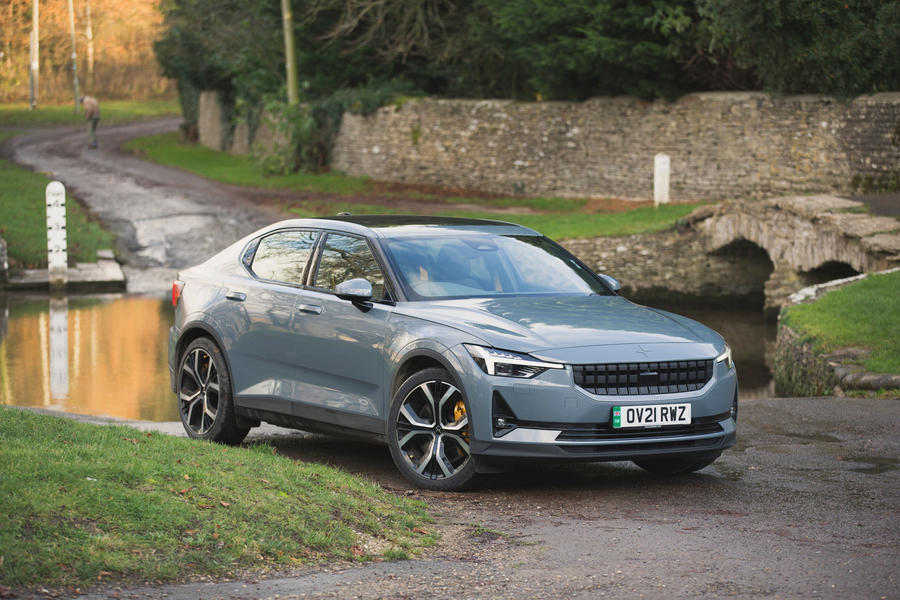 Life with a Polestar 2: Month 1

There’s a tendency among car makers, especially makers of posh cars, to complicate things. To throw at them technology and features – some of which you will never use – to wow you. This, the Polestar 2, from a company part-owned by Volvo, is refreshingly simpler than that.

The 2, Polestar’s second car after the wild plug-in hybrid Polestar 1, is a pure EV. This one is with us as my daily wheels until the middle of the year. It’s 4.6m long and 1.8m wide across the body, with a five-seat interior and a 78kWh (usable) battery pack beneath it. There’s four-wheel drive, from two powerful permanent-magnet synchronous motors, each making the same output. There’s one at either axle, so it makes a total of 402bhp and 487lb ft.

At that size and pace, I suppose you would call it a sporting family hatch or a quick compact executive car, with a 4.7sec 0-62mph time. The top speed is ‘only’ 127mph, but I don’t suppose I will ever trouble that.

The 2’s base price is £49,900, but this one has a couple of options: metallic paint, which doesn’t look overly metallised but which I do rather like, at £900; and the £5000 Performance Pack. That adds 20in rather than 19in wheels, larger front brake discs with four-piston calipers, Öhlins manually adjustable dampers and gold-painted brake calipers and valve caps.

This being the 2020s, though, the options don’t end when the car gets to you. Polestar recently announced a £1000 over-the-air update that can bring an additional 67bhp, raise the torque to 502lb ft and drop the 0-60mph time to 4.2sec. Polestar has agreed to send it over, so as I write I’m waiting for the car to ping me a message to say it’s ready to download. 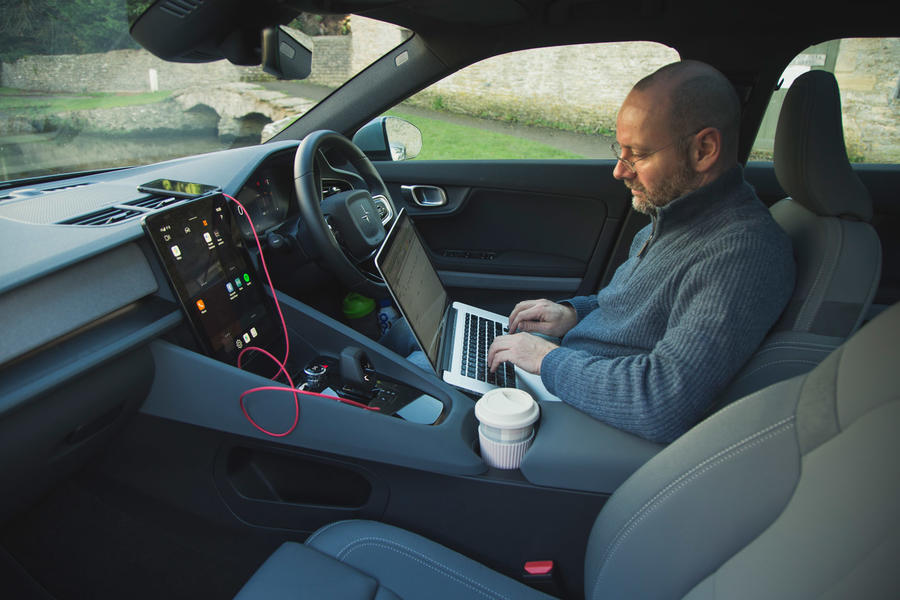 I think the 2 is a rather handsome thing, too. Polestar’s gaffer is Thomas Ingenlath, a designer, so he probably gets to choose who wins all of the ‘engineer versus designer’ arguments we’re told happen in car companies.

The 2 has a high beltline with a narrow window area, thick pillars and a small back window. I think it looks great from the outside. But, yes, that makes it harder to see out of. It’s a compromise that I’m prepared to accept, right up until I lose sight of another car behind the A-pillar.

Inside is where you find more of the simplicity I opened with. The driving position is straight and easy, with a round wheel with normal buttons on it. There’s a big, upright touchscreen using an Android Automotive and Google system, rather than a car maker’s own bespoke software. And while I would rather the heater controls stayed on physical buttons, every icon is large and clear and it’s very intuitive, plus not over-burdened with features that I couldn’t use while driving anyway.

The (Google) map is quick and comprehensive and, for once, this is a car whose voice control actually understands me. It will sync with an iPhone but won’t use CarPlay, which brings some limitations (it will receive audio but not allow app controls via the car’s screen), but it’s generally as good and straightforward as car systems get.

The 2’s 78kWh battery gives an official WLTP range of 292 miles, but I’m not getting near that. At full charge, the car usually estimates range at 250 miles, but a secondary ‘range assistant’ is more accurate, pessimistic and, at this time of year, tends to predict 200 miles fully juiced. My fag-packet calculations suggest a return of 2.6 miles per kWh on a typical journey, which puts 200 miles at the edge of its limit.

The car suggests you don’t charge to more than 90% to preserve battery life; and it’s a brave soul who goes deep into single-figure percentages if they’re holding out for a public charger. So the usable range is even less than that, and while the battery can apparently charge at rates of up to 150kW, it tends not to. In short, it’s not really good enough.

During my first few weeks with the car, I couldn’t charge it at home, which made life a bit tiresome, but I always have something to write so didn’t feel like I had wasted much time charging. More on all of that in another report, though, once I’ve accrued more time/consumption records. Meanwhile, I’m £930 lighter but now have an AC charger screwed to a wall of my house, which means the 2 is fully juiced every morning and I’m only occasionally topping it up on the road. 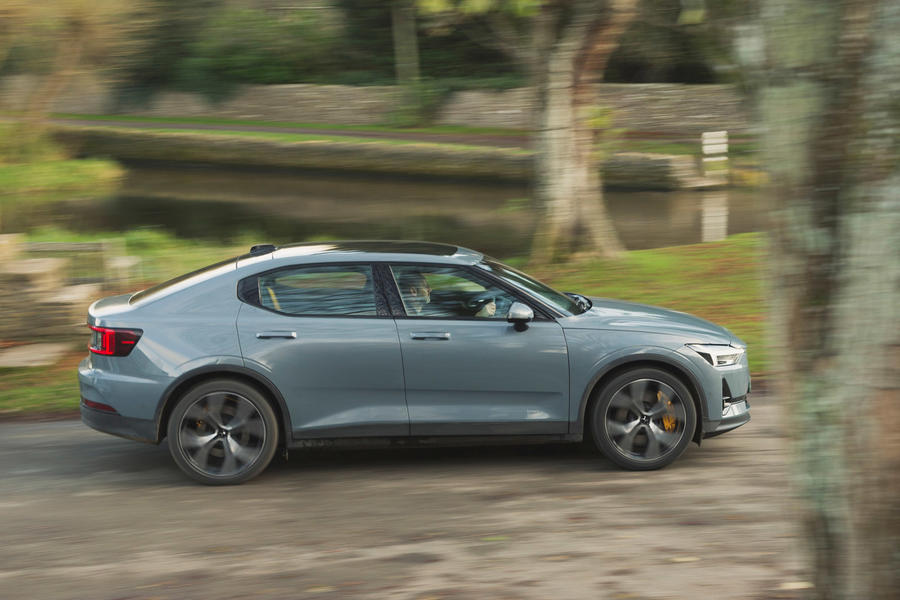 I’m enjoying the 2 to drive. It has an easy one-pedal mode if you want, but its retardation and low-speed creep level can be adjusted. The steering has a few weightings, but the handling is always sure-footed and confident, if a bit firm around town.

To adjust those optional Öhlins dampers, though, requires sticking the car on a ramp. Bonkers. I can’t imagine many owners doing it, but it’s a project for some downtime I’ve got coming up. Maybe I’m weird, but that’s the kind of complexity I’m on board with.

I tested the Long Range Single Motor version of the 2 recently without the Performance Pack, and it made me wonder how much more an owner could really need from the car. I will be interested to find out if Matt’s long-termer can offer a meaningful reason to spend more. 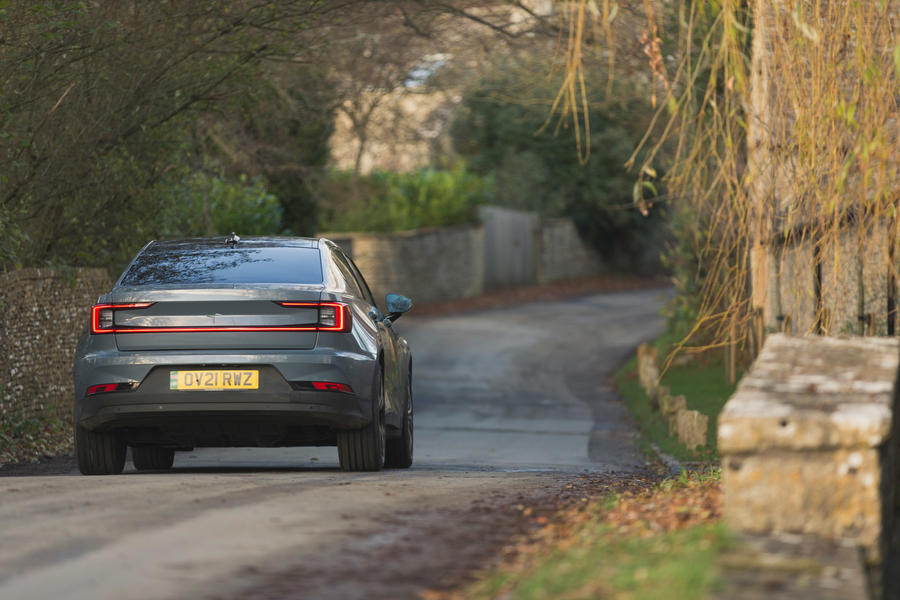