One week after Sébastien Loeb rolled back the years on the Monte Carlo Rally at the age of 47, another motorsport veteran showed how it’s done at the Daytona 24 Hours. Hélio Castroneves, 46, drew on all his experience to keep calm under pressure to steer Meyer Shank Racing’s Acura DPi to victory in a typically incident-packed and closely fought Florida classic.

This has been something of an Indian summer for Castroneves. Since stepping down from full-time Indycar Series action with long-time employer Penske at the end of 2017, the Brazilian has claimed a Rolex watch from Daytona’s famous sponsor in two consecutive years and last season, also with Meyer Shank, scored a surprise fourth Indianapolis 500 victory that lifted him into the elite most-wins club at the Brickyard with Rick Mears, Al Unser and AJ Foyt.

He’s on quite a roll, then – even if he’s probably still most famous in his adopted country for winning Dancing with the Stars, the American version of Strictly. 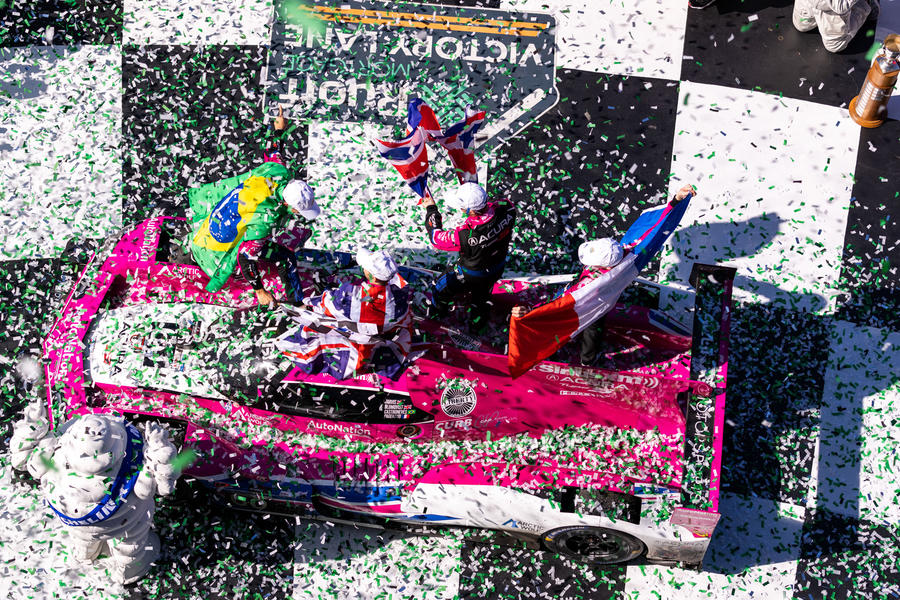 There was added spice to the deciding battle at Daytona, as Castroneves spent the final half-hour defending from the team with which he won the race 12 months ago. Wayne Taylor Racing was chasing its fourth consecutive win at the Rolex 24, and the team boss’s son, Ricky Taylor, shadowed Castroneves’s pink and white Acura all the way to the flag, falling short by just three seconds. That’s pretty tight after 24 hours of racing.

“Oh my God, this is incredible,” said the ever-irrepressible winner. “I knew my friend Ricky was right behind me, I knew his strengths – but I hadn’t taught him all I know!”

Naturally, Castroneves marked the win with his signature climb-the-debris-fence celebration, joined by his team-mates. A popular figure in racing, he had delivered another feel-good motorsport moment; and at his age, there’s no reason why this Indian summer can’t glow a while longer yet. Come May, what price a fifth Indy 500 victory that would push him clear of his illustrious fellow record-holders? Just keep on dancing, Hélio. 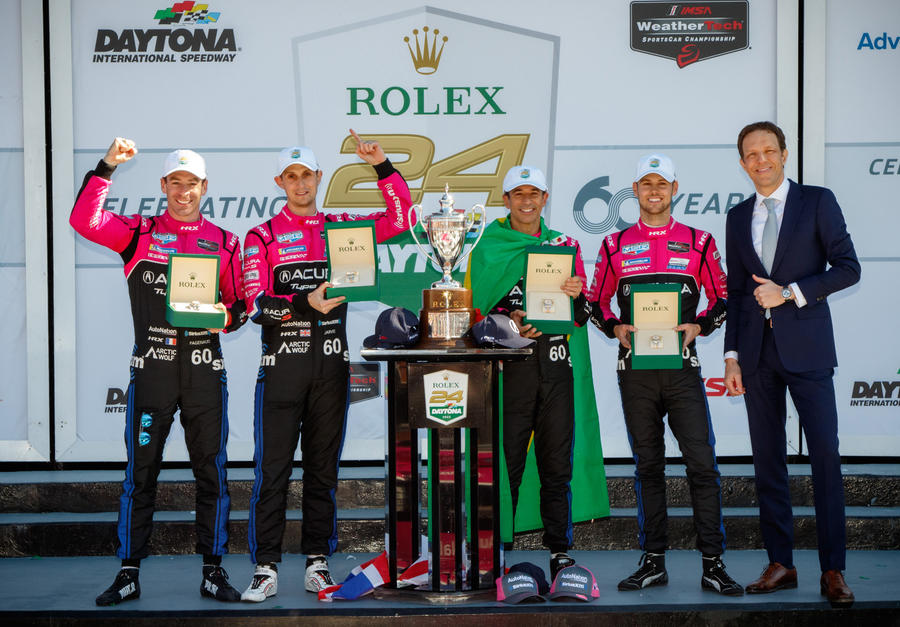 Of course, motorsport isn’t an individual endeavour, especially when it comes to endurance racing. Castroneves shared his success with three other drivers who will also be cherishing their hard-won Rolex watches: Frenchman Simon Pagenaud, who added a Daytona victory to his 2019 Indy 500 glory; Tom Blomqvist, son of rally legend Stig; and former Audi LMP1 ace Oliver Jarvis, who finally landed a long-overdue sports car ‘major’.

Fittingly, Blomqvist and Jarvis are the first Brits to claim an overall win in the Rolex 24 since the late and much-missed Justin Wilson managed it with the same team at the trioval exactly 10 years ago.

For Jarvis in particular, this was a sweet one. A podium finisher at Le Mans with Audi and an LMP2 class winner in the French classic in 2017, the 38-year-old got close at Daytona in the past couple of years with Mazda, and now on his first appearance in an Acura has landed the big victory befitting of his fine career

Jarvis was a winner for Team GB in the old A1GP ‘World Cup of motorsport’ single-seater series in his twenties and was well regarded by Audi, with which he also raced in the DTM. The marque’s LMP1 exit was a blow at the end of 2016, but the Cambridgeshire racer has remained in high demand and is one of the many leading endurance drivers eyeing the forthcoming Hypercar era with relish.

Along with his IMSA campaign with Meyer Shank, Jarvis is returning to the World Endurance Championship with United Autosport’s LMP2 squad to keep himself in the frame for a tasty factory drive for the new era. Winning a ‘major’ is what it’s all about for such competitors, but one is never enough. Now he finally knows how it tastes, Jarvis will be hungry for more. 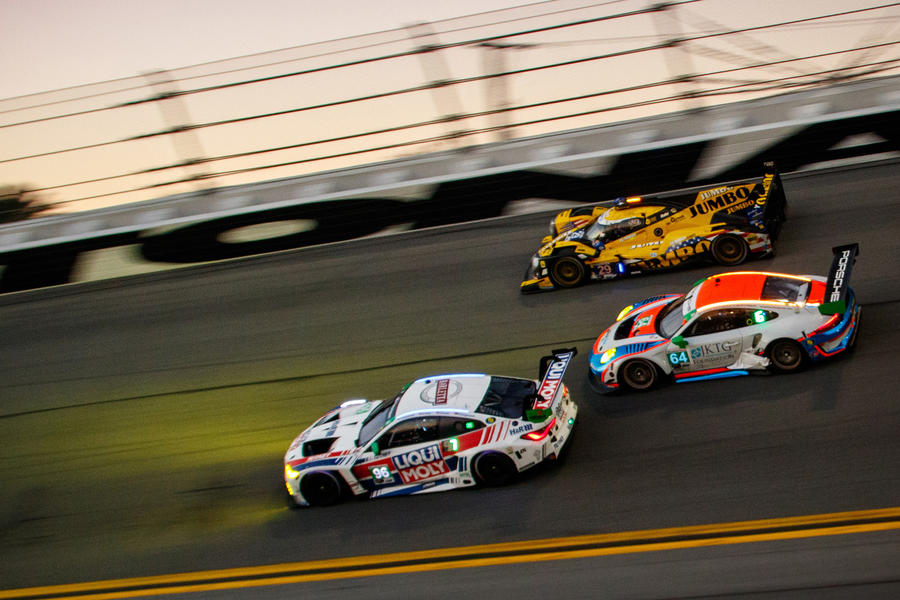 Another pleasing aspect of sports car week at Daytona was the IMSA Sportscar Championship’s announcement of what its new premier class will be called when it takes its bow in 2023. LMDh (for Le Mans Daytona Hybrid) was always a clumsy soubriquet. GTP (for Grand Touring Prototype) is so much cooler and a nice throwback to the 1980s, when the US series used the term for its versions of the decade’s glorious Group C machines. The GT terminology is also entirely relevant, given how the modern LMP2-based prototype racers will not only feature styling cues from the manufacturers’ road cars but also might even be powered by production-based engines.

Porsche’s LMDh hypercar recently broke cover ahead of its assault on the category next year in partnership with Penske, with some indication given on the engine choice that has been matched to the standardised hybrid system: a large-capacity twin-turbocharged V8.

“We were spoiled for choice with the engine for our prototype, because the product range offers several promising baseline units,” explained new Porsche motorsport boss Thomas Laudenbach. “We decided on the V8 bi-turbo, which we feel offers the best combination of performance characteristics, weight and costs.”

It’s all in the best traditions of bred-from-the-road sports car eras from the past, which was entirely the intention of the new rules.

Formula 1 launch season is upon us, but we’re still more than a month away from the racing starting in Bahrain. In the meantime, I recommend a reminder of why last season was among the best ever (yes, despite its farcical ending) by checking out the new edition of Autocourse. In its 71st year of publication, the annual remains the definitive record of F1 written by the best in the business. It’s also a timely reminder (as if you need it) that there’s plenty of life left in the good old printed word. 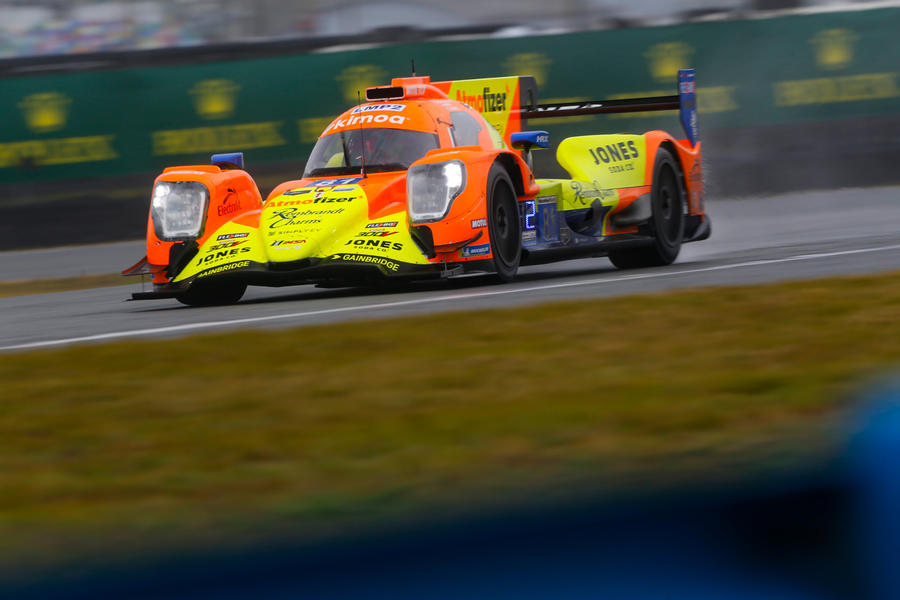 Two of Indycar’s brightest young stars made the most of a sports car cameo in the Daytona 24 Hours as part of the Dragonspeed Oreca crew that won the LMP2 division. Herta pulled off a late-braking pass in the closing stages to claim the class win and fifth overall.

Daytona debutant Alex Lynn and his Chip Ganassi team-mates were out of luck. Both Cadillac DPis had race-winning pace, but electrical problems and a broken fuel pump scuppered their chances. Lynn will just have to come back next year to win a Rolex.