“It’s safer, more global, more people are watching it,” says Sir Jackie Stewart. “I still love going to the grands prix. Just look at the quality of the major sponsors…”

Stewart always did have an eye on the money, didn’t he? This year, he plans to attend “18 or 19” of the 23 grands prix scheduled in his sponsor roles for Rolex and Heineken. He’s 82, by the way.

But surely he wouldn’t swap his glorious time, when he raced against his friends Jim Clark, Graham Hill and Jochen Rindt, for today’s circus? “Well, I might have quite liked driving that Mercedes!” he quips. “I might have won the odd race. You never know…

“Listen, I had a lovely time. The only regrets I have are the people who are sadly no longer with us.” He means the dreadful headcount of those who perished while racing in his time. “My wife Helen counted 57 of our friends who drove racing cars,” he says. “Not all in F1, but 57. That doesn’t happen today.”

Stewart is talking to me to tell us all about a new event this summer that will celebrate his career. It’s called the Sir Jackie Stewart Classic (presented by Rolex, naturally) and will be held at Thirlestane Castle in Berwickshire on 18-19 June. It will incorporate a concours d’élégance, run by the Borders Vintage Automobile Club, with Stewart working to collate as the centrepoint a display of every car he raced.

But while the three-time champion’s remarkable life and career will be in focus, it isn’t really about him at all. In reality, it’s about Lady Helen, who in recent years has been struck by the cruelty of dementia.

Typically, Stewart has responded to the devastation wrought by the illness by trying to do something about it, and all proceeds from the event will go to the charity that he has set up to find a cure for a cursed condition that affects so many.

“It’s the biggest thing in my life,” he says. “Bigger than anything else I’ve had to deal with.”

Starting with a bang 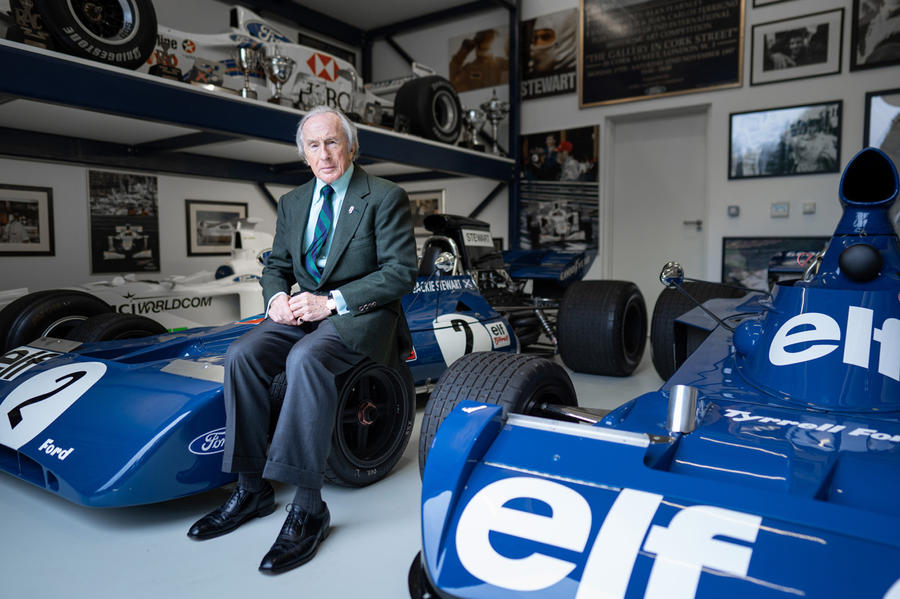 The two-day classic car show will be preceded on 17 June by a competition of clay pigeon shooting – the sport that was Stewart’s first love. Had he made the British team for the 1960 Olympic Games (he missed by a single shot), the F1 legend might never have sat in a racing car.

“I blame my shooting for what success I managed to get in motor racing,” he says, “because when you get overexcited, either at the beginning of a race or in shooting, you can easily make a mistake – and when you miss that target, you never get it back. I won more races at the beginning of a grand prix than anybody, because I was able to remove emotion. That came from shooting, because I was so scared of missing the target. Shooting saved me a lot of the learning curve before I even sat in a racing car.”

The concours d’élégance will follow on the Saturday and Sunday, with the castle’s driveway serving as a “sprint course”, as Stewart puts it, for running cars. Inside Thirlestane (“as you know, it never rains in Scotland”, says Stewart), a cinema will show films including a new documentary on his life, made by his son Mark, that’s set for general release later this year.

There will also be an unprecedented display of all his trophies. “We will have the British Grand Prix of shooting standing beside the solid-gold RAC British Grand Prix trophy, which we’ve got for the weekend,” says Stewart. “The quality of these trophies is fantastic, when sometimes those of today leave something to be desired. It will be a good attraction on its own.”

A cast list of special guests is guaranteed, and given who we’re talking about, he might even manage to order decent weather. But you sense his frustration that when it comes to the most important person in his life, for once he has found himself powerless – hence the charity and its high ambition.

“Helen, my timekeeper and lap-charter, can’t walk now,” he says sadly. “She can remember a lot of things from the past, but if you speak to her four minutes later, she can’t recall it. It’s a very cruel illness.

“The statistics now are that for everybody born today, one in three is going to have dementia, and there’s no cure. We’ve got to do something about it.”

I later ask Stewart what he’s looking forward to from F1 this year. He dismisses fears that Sir Lewis Hamilton might not return after the manner of his title defeat to Max Verstappen and is relishing the prospects of “that young and over-height” George Russell, “who might for the first time give Lewis a little push and shove” at Mercedes-AMG.

But were the events of Abu Dhabi damaging? “No,” he fires back. “It would’ve been damaging if a pace car had crossed the finish line first. That’s not what F1 is about.”

Stewart likes Verstappen but adds: “He still has time to learn emotionally. What you can’t do is over-drive. He and Lewis tangling wasn’t what I would call pure world champion [behaviour]. Juan Manuel Fangio didn’t do that, neither did Jim Clark – and, by the way, neither did Jackie Stewart.”

F1 is very different these days, but for the most part, Stewart is one octogenarian who prefers living in the present. It’s 49 years since he retired from F1 – except he didn’t really. And when it comes to the biggest race of his life, he’s still determined to strive for victory 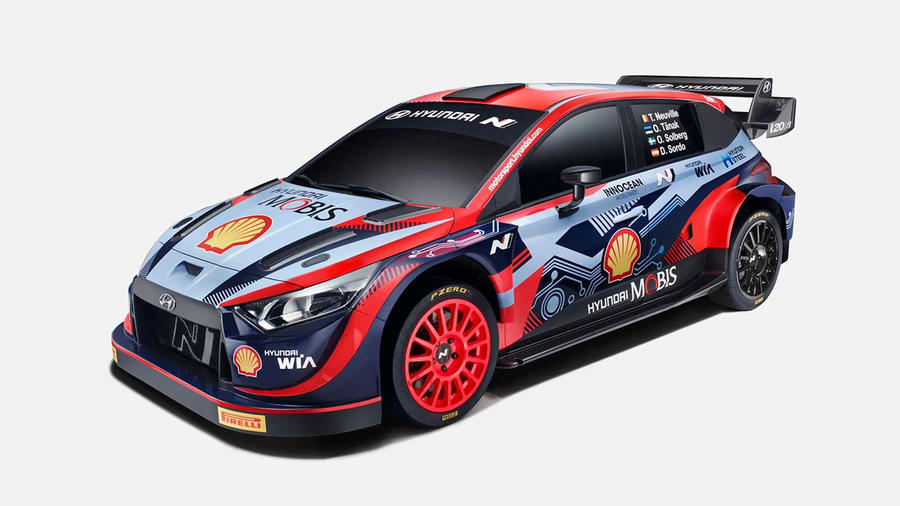 Hyundai: The Korean manufacturer has become the first to reveal a World Rally Championship contender built to the new Rally1 regulations, in the shape of the i20 N. Thierry Neuville and 2019 champion Ott Tänak will once again lead the charge, aiming to beat Toyota’s new GR Yaris and M-Sport’s new Ford Puma.

Otmar Szafnauer: After months of rumours, Aston Martin’s Formula 1 team principal stepped down with immediate effect. The 57-year-old American, who joined the team in 2009, when it was known as Force India, has been linked to a role at Alpine’s grand prix squad.