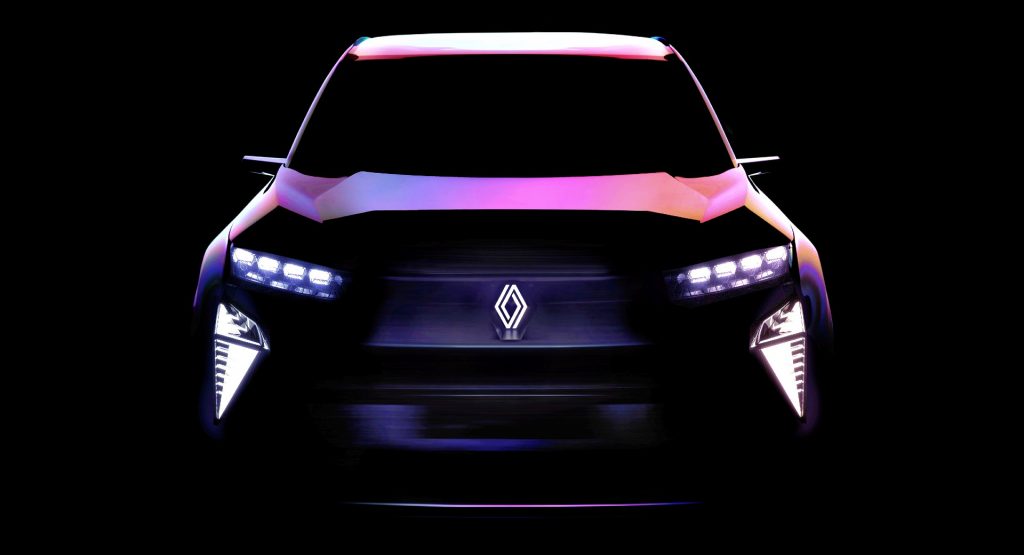 Renault published a teaser photo of a mysterious concept car that will debut in May, acting as a showpiece for its “sustainable development strategy”. The concept will be fitted with a hydrogen engine in line with the decarbonization of the Renault Group, while using recycled and recyclable materials.

The single photo accompanying the announcement shows the front end of the vehicle, with aggressive LED headlights, additional lighting units on the bumper, a grille-less look, and the illuminated Renault emblem. The bonnet introduces a new type of surfacing for the French brand, dictated by the head of design, Gilles Vidal.

While we can’t be sure about the bodystyle of the concept, it looks like a hatchback, or an SUV. Renault has shown us the upcoming 5 supermini, has teased the 4ever SUV / LCV, and has launched the Megane E-Tech compact crossover, with the concept being a different model, at least in terms of exterior design. 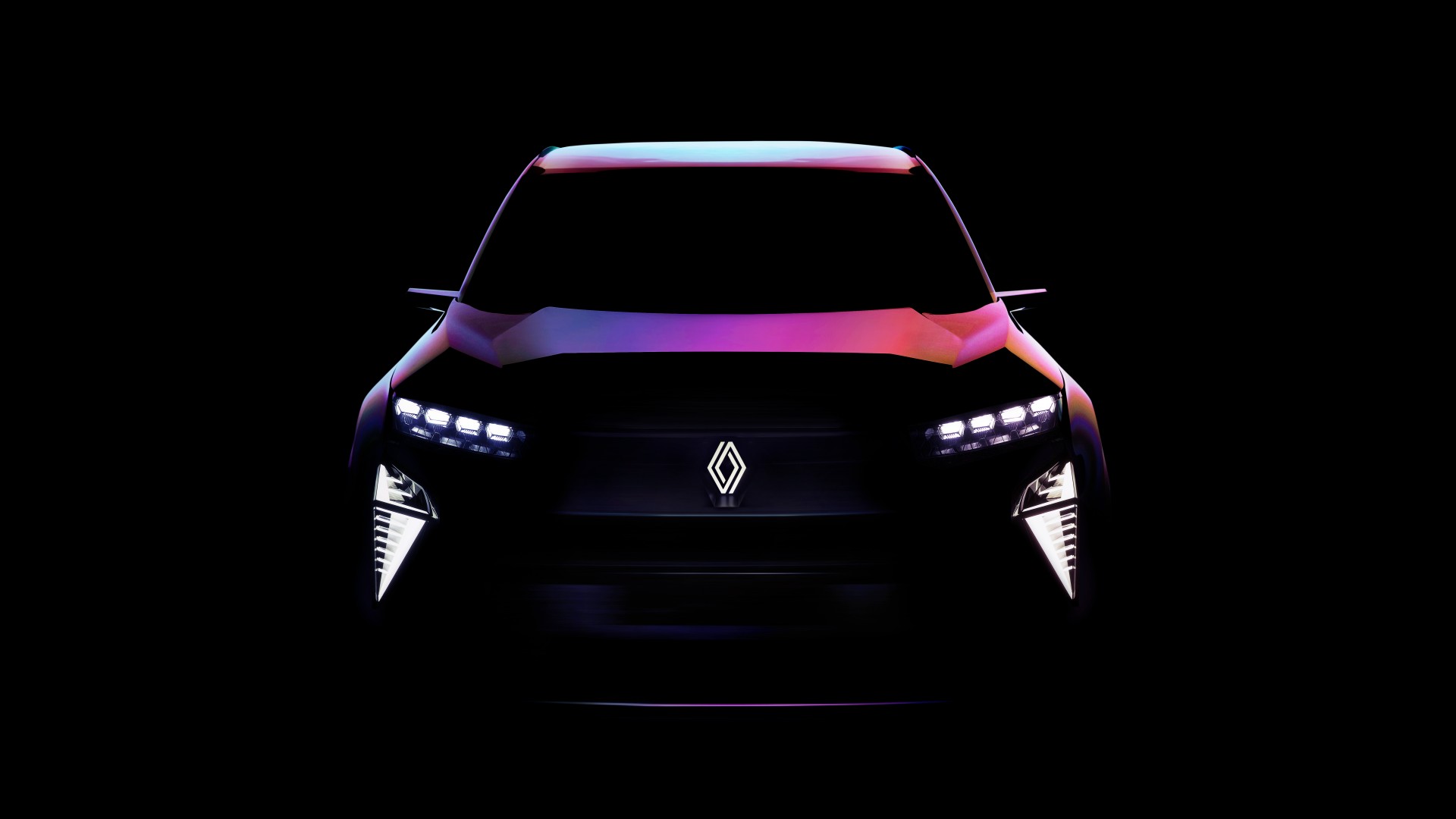 The development of the yet unnamed concept was focused around three pillars, the environment (hydrogen powertrain, sustainable materials), safety (onboard technological innovations), and inclusion (diversity of the development team and accessibility).

Renault says that the concept is part of its objective of achieving a fully electric energy mix by 2030, meaning that we could see a production version in the future. What is weird is that the term “hydrogen engine” brings to mind an internal combustion engine running on hydrogen – similar to what Toyota has been doing with the GR Yaris Experimental. However, at the same time the “fully electric energy mix” hints at electric motors. Another part of the short press release calls it an “unprecedented concept car” meaning we could see something brand new.

That is all we get for now but we expect to learn more as we move closer to the reveal. Judging from Renault’s strategy with the upcoming Austral, we should be expecting more official teasers in the coming months. 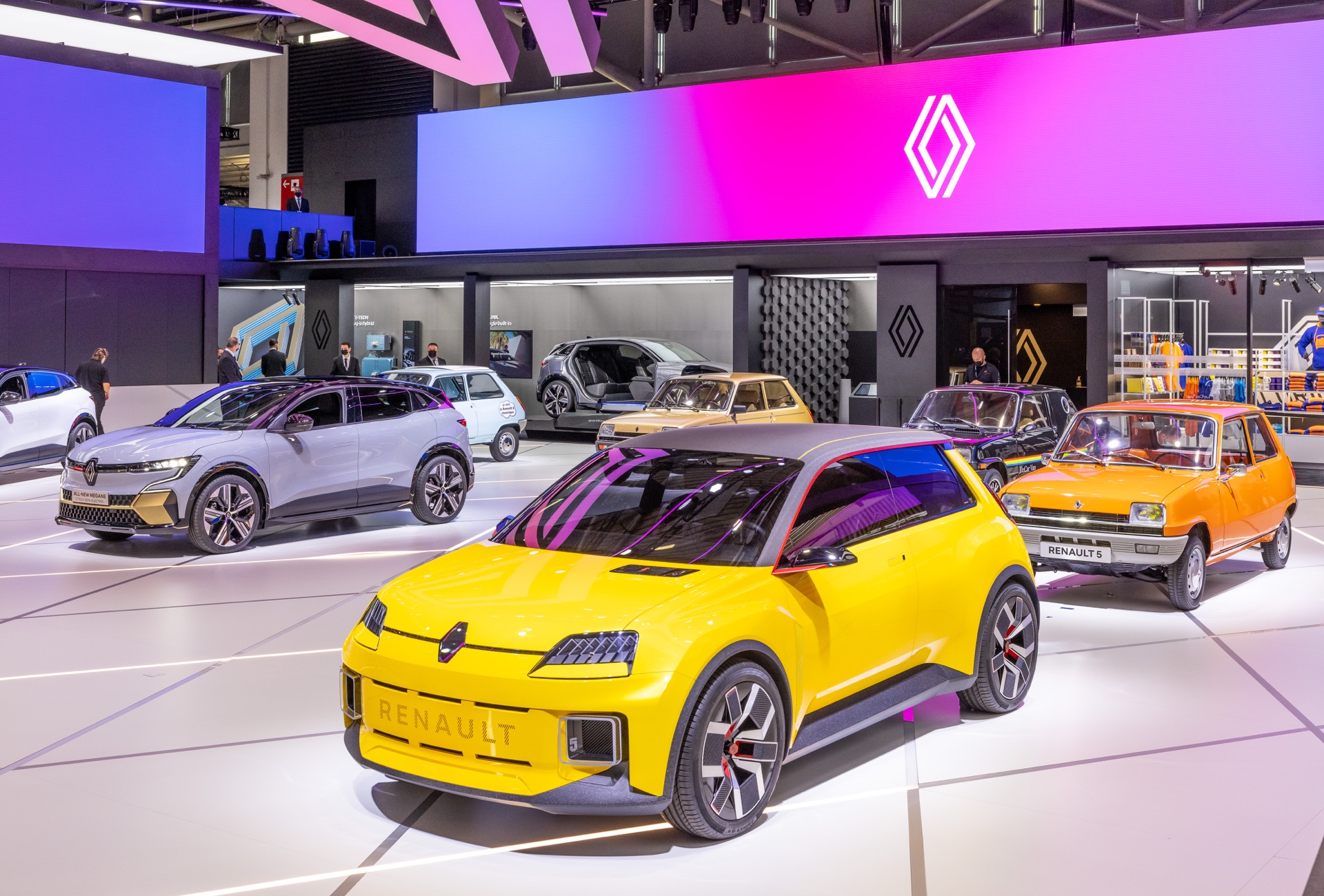