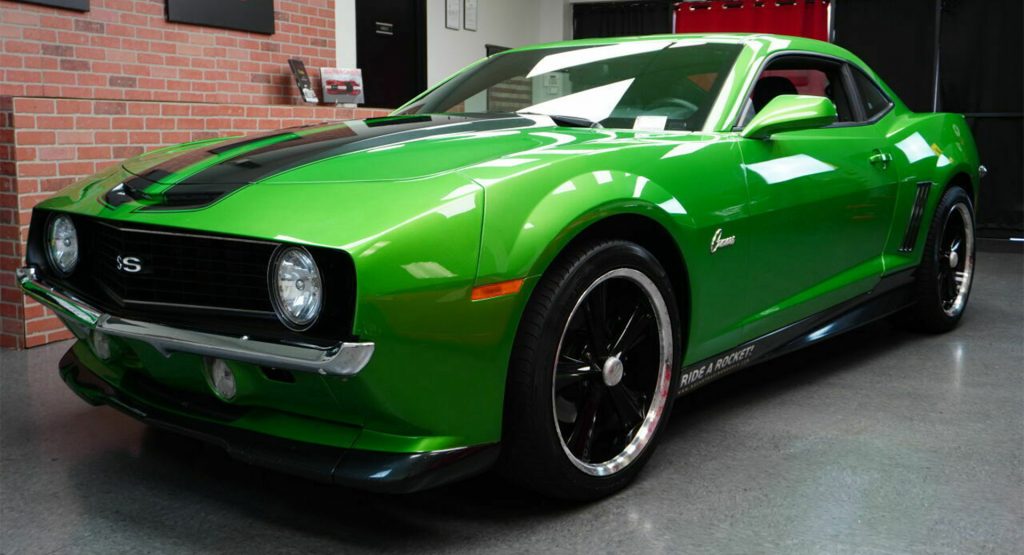 The fifth-generation Chevrolet Camaro was launched with a lot of fanfare for the 2010 model year, thanks in part to its starring role in the Transformers film series. Many loved it for its retro-inspired looks and we’ve just found one example that’s up for sale with some modifications that are making it appear especially retro.

This 2010 Camaro has been listed up for sale from Classic Car Addict in Mesa, Arizona and is a Synergy Special Edition. The Synergy Special Edition package added $2,060 to the starting price of a 1LT-spec Camaro and is thought to have been limited to 2,245 examples. Immediately making a Synergy car stand out from all Camaro models is the Synergy Green paint scheme contrasted by Cyber Grey racing stripes across the hood and decklid. 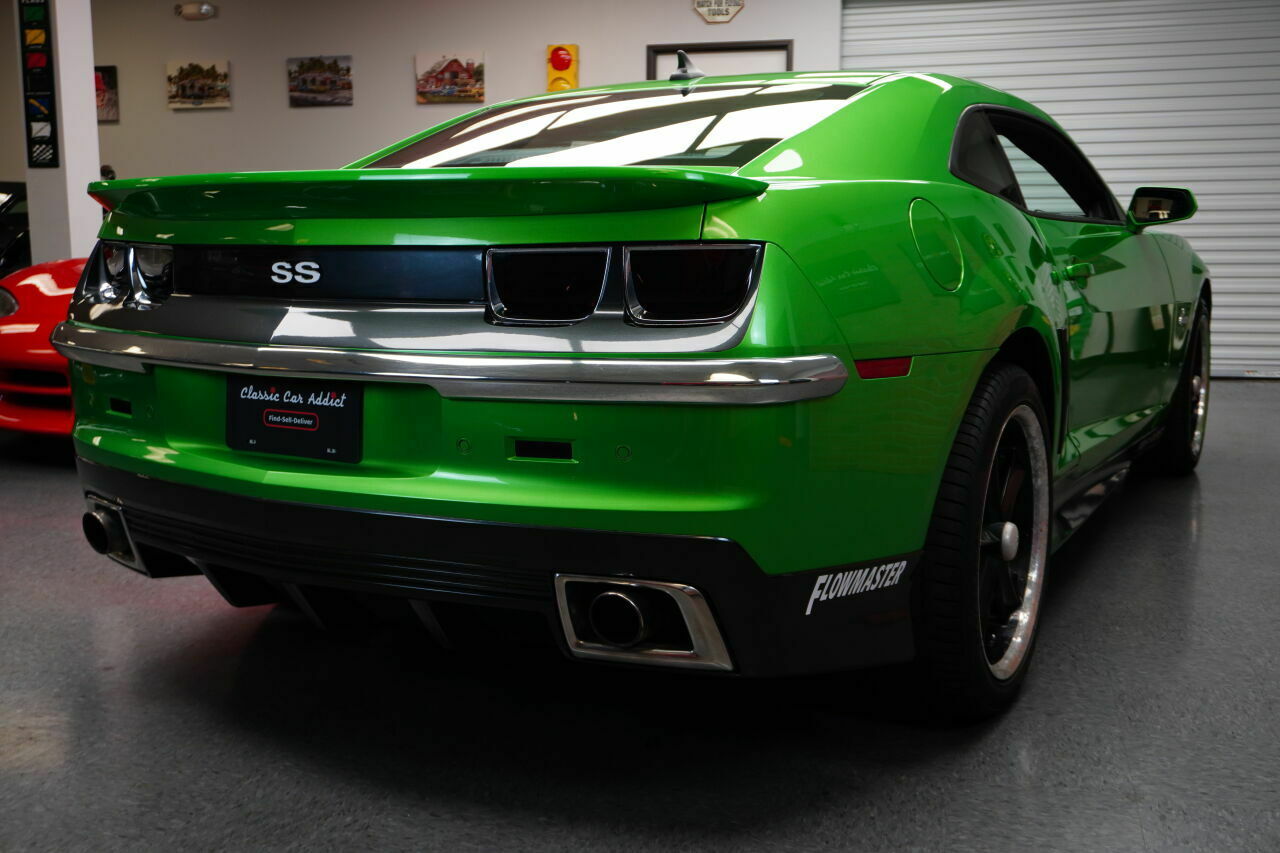 As if the color alone was not enough to make this Camaro stand out, a previous owner has had it fitted with a bodykit taking inspiration from a 1969 Camaro SS. This package includes a front fascia that’s almost identical to a ’69 Camaro with circular headlights, a blacked-out grille, SS badge and chrome accents.

The modifications continue at the rear where the taillights have been blacked out and there are chrome accents across the bumper and exhaust pipe surrounds. Found in the cabin are a number of accents that really catch the eye, such as the green finish across parts of the dashboard and door panels. The seats have also been re-trimmed in new leather by the company behind the bodykit.

Like all standard Camaro Synergy Special Edition models, this one is powered by a 3.6-liter naturally aspirated V6 pumping out 304 hp and 273 lb-ft (370 Nm) of torque sent to the rear wheels through a six-speed manual transmission. While we don’t think the exterior or interior looks will appeal to everyone, the fact that the Camaro has only been driven 28,547 miles (45,941 km) is sure to tempt some enthusiasts. Those interested can acquire the car for $29,995 directly from the dealership’s website or head over to the eBay listing and bid on it.