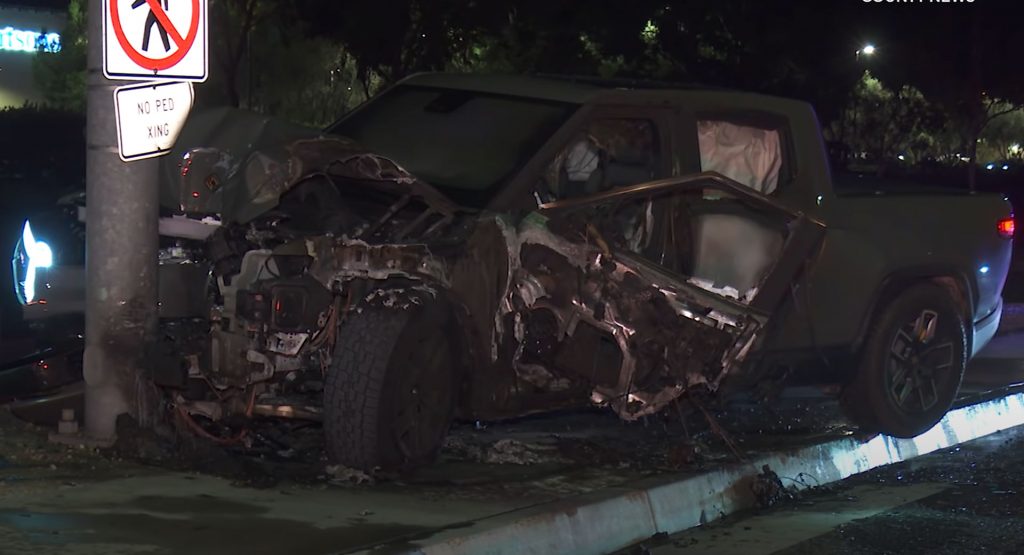 A Rivian R1T pickup has been destroyed after slamming into a pole in Irvine, California and subsequently catching fire on February 9.

While this isn’t the first crash we’ve seen involving a Rivian R1T, it is the first known crash of a customer-owned example as an incident last September involved an R1T prototype.

It is reported that the crash occurred on Sand Canyon Avenue at approximately 9:54 p.m. An individual who called 911 after witnessing the crash claimed that the R1T exited the I-405 freeway at high speed when the driver lost control of the truck, jumped the curb, and slammed directly into the pole.

Watch Also: The Rivian R1T Has Eight Driving Modes For Any Situation 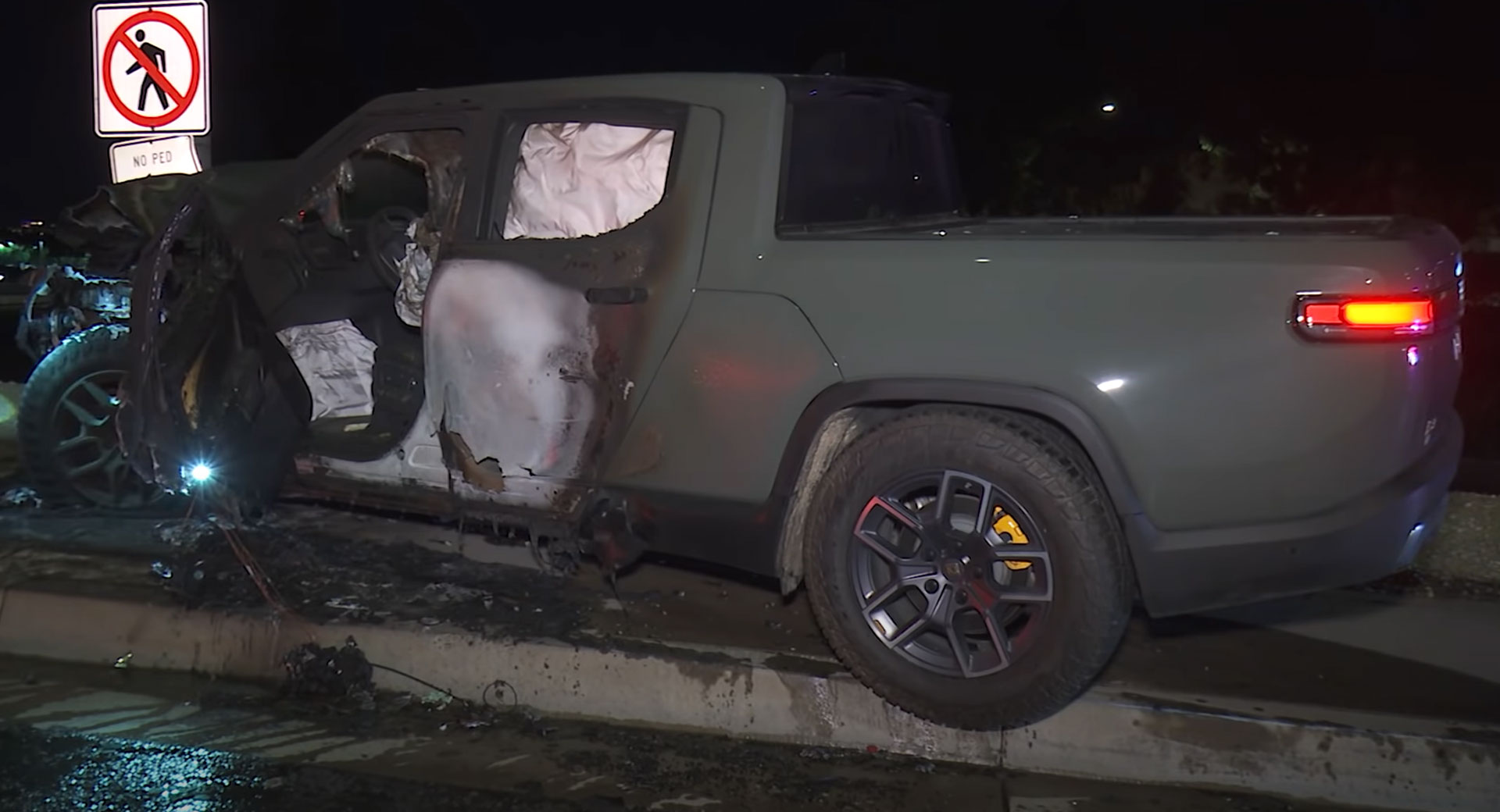 Footage taken after the crash shows that the R1T suffered extensive damage, in part because it caught fire shortly after impact. Local authorities were quick to arrive on the scene and while they were able to douse the flames, the blaze had already caused extensive damage across the front of the Rivian, as well as the driver’s side door.

All of the electric truck’s airbags were triggered by the force of the impact and County News TV notes that the male driver avoided serious injury and refused medical treatment at the scene. Interestingly, one of the R1T’s headlights was still on, as were the turn signals, despite the blaze.

It goes without saying that the Rivian has been completely destroyed and will never return to the roads. It’s entirely possible that it could soon end up for sale on Copart or another similar auction website.

This incident comes six weeks after Rivian announced that it will delay the production of R1T and R1S vehicles equipped with its ‘Max’ battery packs until 2023. This battery pack should offer up more than 400 miles (644 km) of range per charge, significantly more than the automaker’s current Large battery pack that is good for 314 miles (505 km) of range.