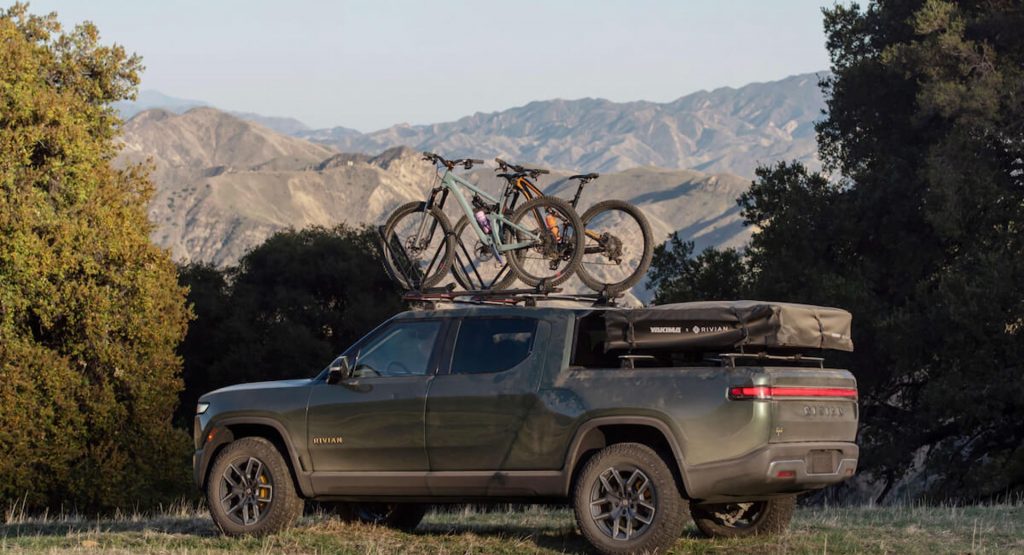 Rivian has had a rough start to the year as they saw a big drop in share prices after Amazon announced a new deal with Stellantis. Now, they might have another kind of vehicle that could add some sales to the bottom line in the future. That branch just happens to be in another growing segment: e-bikes.

It goes on to include more specific components like “battery packs, motor controllers, electric motors,” and more. That’s not the only time bikes have been mentioned in recent Rivian trademark filings though.

Related: The Rivian R1T Proves That Electric Pickup Trucks Can Be Fun

On October 12, 2021, another filing under Rivian Forever mentions them. The specific nature of the trademark isn’t openly described but it seems to focus on “computer programs for user interface design.” At the time of the filing that didn’t seem unusual as the R1T and R1S both feature similar technology.

Interestingly enough, near the end of one of the paragraphs, we get this line: “electric vehicles, namely, cars, truck, and SUVs; bicycles.” Now, of course, it’s possible that this is just legal jargon meant to cover all types of vehicles. However, combining both trademark filings makes for a pretty strong case that, at some point in the future, we could see a Rivian E-bike.

That’s clearly in line with Rivian and its company goals. The R1T and R1S are designed to be off-road capable. Getting out into nature is a large part of the brand identity and e-bikes offer that same ethos. There might not be a better time to get into the game either. Until recently, e-bikes have been sort of a gimmick but now, battery technology is better than ever as batteries are easier to fit into a bike frame and last longer too. Moreover, just about every major bike manufacturer sells at least one e-bike. It would certainly be interesting to see Rivian be the first auto manufacturer to join the two-wheel fray.