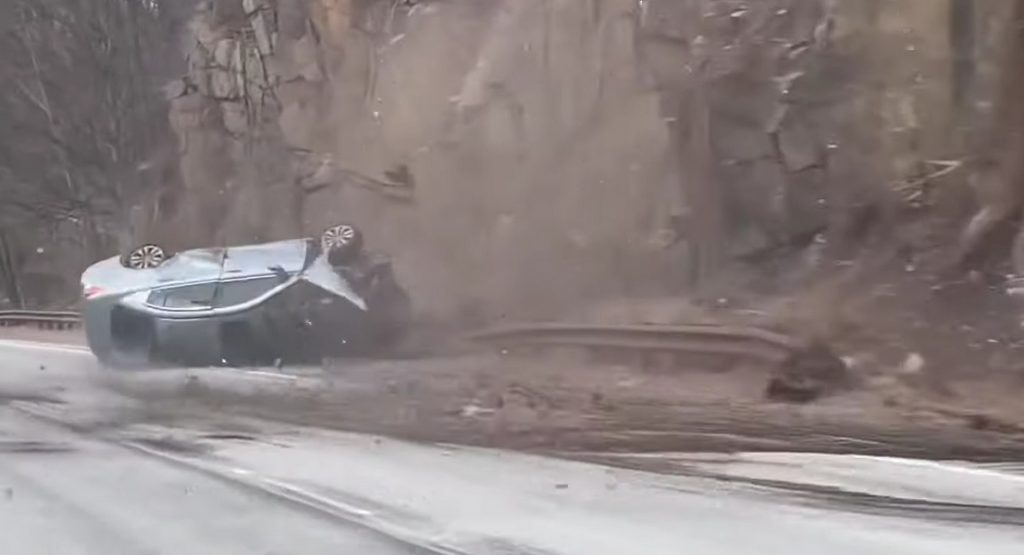 A recent video of a road rage incident between a Honda Accord and a Ford F-150 Raptor is as fine an example as any of why losing your cool on the road is a bad idea.

The footage was shot on a dashcam (and smartphone) from a third vehicle on the Palisades Parkway. The person who posted the video claims that the Accord nearly hit them before the events you can see below.

“This Accord nearly sideswipes me, then decides to play chicken with the Raptor almost hitting him. I guess that pisses the Raptor off and that’s when video starts,” they wrote in the video description.

Read Also: Truck Driver Tries To Run Car Off Highway, Threatens Them With A Hammer After Pulling Over

The two vehicles can be seen jockeying for position on the road, with the F-150 Raptor appearing to consciously be getting in the Accord’s way. That, however, may have made the situation worse.

As the Ford blocks the Accord, the latter’s driver goes on the shoulder and tries to dodge around a Honda CR-V but manages to hit the pickup truck, causing the car to lose control. The Accord slides off the road and into a cliffside causing it to flip, and it comes to a stop on its roof. Fortunately, the person who posted the video claims that the police told them that the Accord’s driver was “OK” following the incident. That’s an example of how quickly things can go extremely wrong at highway speeds.

It’s also an example of why getting in people’s way, even if they’re being an ass on the road, isn’t a good idea. Although the Accord is clearly the vehicle at fault here, the Ford, in my view, made the situation worse by blocking it and put other road users, like the CR-V’s driver, at risk of becoming swept up in this accident. All of which could have been avoided, as the driver of the POV car writes that their Waze indicated that there was a speed trap down the road from this incident.