Royal Enfield has been working on a lot of new motorcycles. We have seen many test mules of the upcoming motorcycles. This time two motorcycles have been spotted. It seems like this is the Classic 650 and the Super Meteor 650. There are also some touring accessories fitted to the motorcycles. 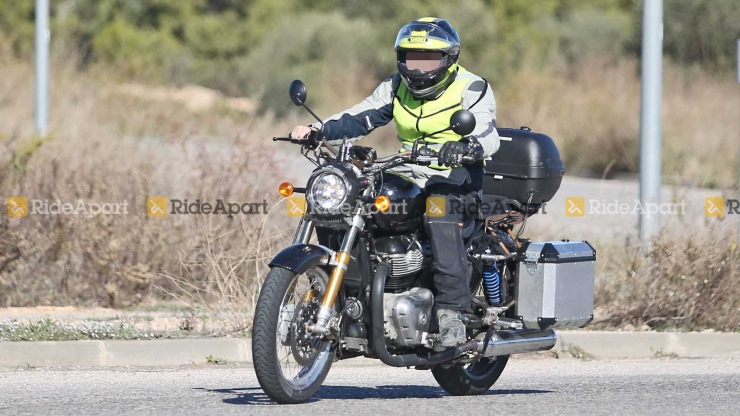 The Classic 650 looks slightly different, a bit basic. It is running on spoked wheels so there won’t be tubeless tyres. However, Royal Enfield could offer alloy wheels as an accessory. There are conventional front forks finished in golden colour and at the rear, there are twin shock absorbers. It seems like Royal Enfield is still testing the rear suspension because the springs were blue coloured. 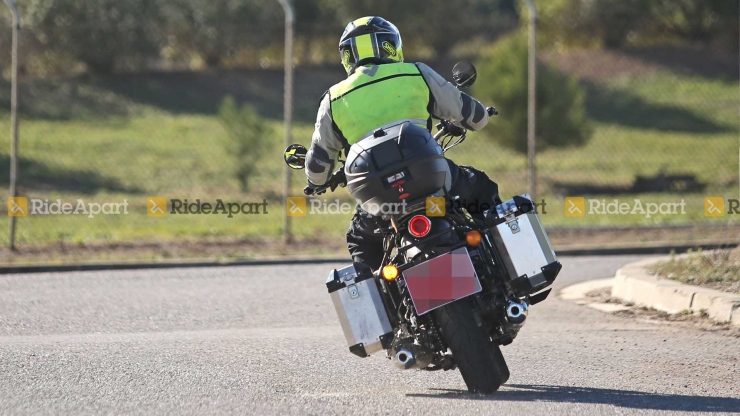 Being a retro motorcycle, it continues the theme of circular elements. The headlamp, tail lamp and turn indicators are circular. The rear tail lamp is the same unit that we have seen on the Super Meteor. The handlebar is wide and the footpegs are centre set. The fuel tank is teardrop-shaped giving the motorcycle an old-school look. There are two panniers mounted on the sides and there is a top box also. The footpegs also look different, they are the deluxe footpegs that Royal Enfield offers. It seems like Royal Enfield has not yet decided which instrument cluster will be used on the Classic 650. 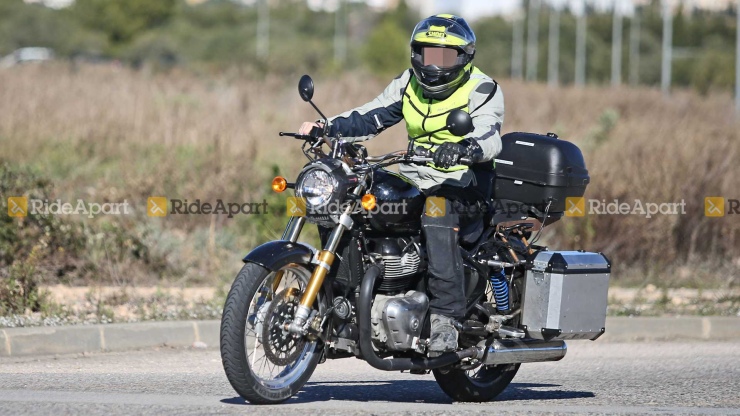 The engine is the same 648 cc, parallel-twin that is air-oil cooled. It produces 47 PS of max power and 52 Nm of peak torque. The engine comes mated to a 6-speed gearbox with a slip and assists clutch. However, cosmetically, the engine looks slightly different. The Cylinder Headcover and the side cases are finished in matte black. So, are the headers. The matte black colour does look quite good. The exhausts are also different from what we have seen on the Interceptor and GT. They are no longer up-swept units, they are straight which suits the look of a retro motorcycle. The Classic 650 is expected to be the most affordable 650 cc motorcycle in Royal Enfield’s line-up. It will sit below the Interceptor 650 which is currently the most affordable 650 cc parallel-twin motorcycle. Braking setup will also be carried forward from the Interceptor 650. So, there will be disc brakes in the front and at the rear. A Dual-Channel Anti-Lock Braking system will be offered as standard. 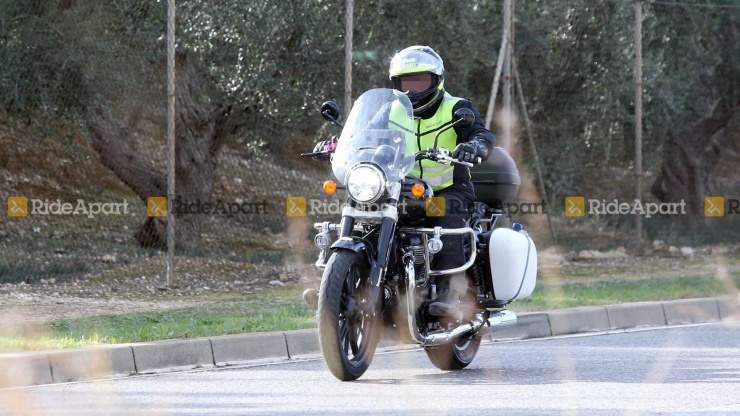 There is only one picture of the Super Meteor 650, However, the test mules were spotted numerous times on Indian roads. It gets a slightly different headlamp than the Classic 650, it has a rounded lens that we have seen on the Meteor 350. 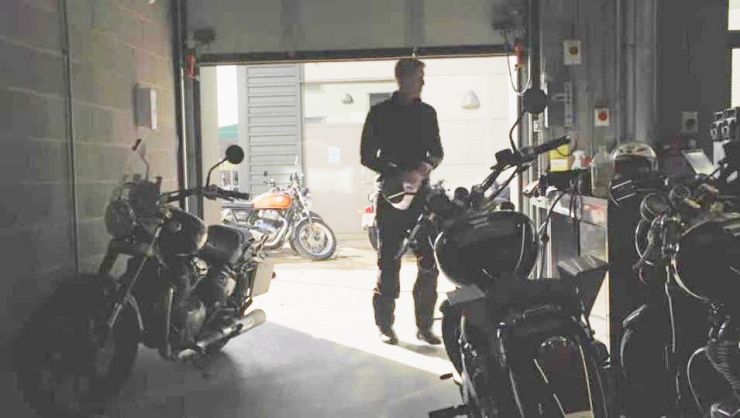 There is a windscreen to protect the rider from the wind blast. It runs on blacked-out alloy wheels so it will come with tubeless tyres. There is a crash guard and auxiliary lamps fitted to the motorcycle. We can also see side panniers and a top box. 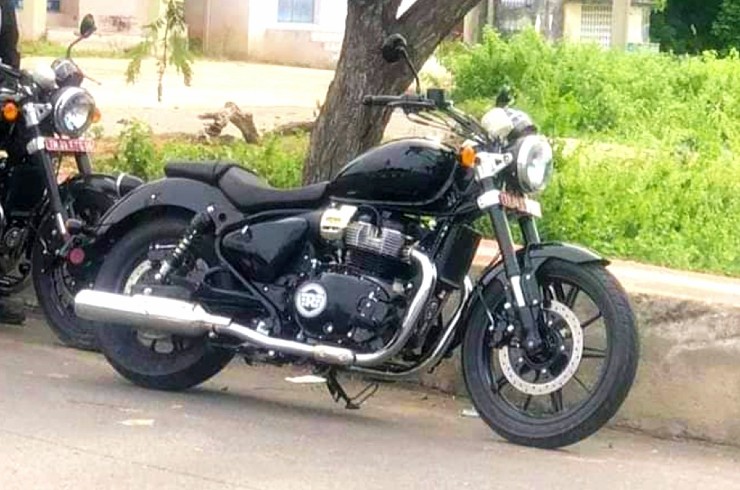 Suspension duties are being performed by upside-down forks in the front and twin shock absorbers are the rear. The Super Meteor 650 will be the first motorcycle by Royal Enfield to use upside-down forks. The engine will be the same as other 650 cc motorcycles. However, the exhaust design will be from the Classic 650.