Sachin Tendulkar’s love for fast cars is not hidden. The ace cricketer has owned some of the most glorious luxury sedans and sports cars in the past. The latest acquisition of Sachin Tendulkar is a Porsche Cayenne Turbo, which is one of the most powerful SUVs on sale in India right now. Sachin acquired this SUV back in 2021, though he is now seen regularly driving this car on the roads of Mumbai.

Sachin Tendulkar was recently seen driving his Porsche Cayenne Turbo on the busy streets of Mumbai, which can be seen in a YouTube video recorded by “CS12 Shorts”. In the video, we can see the premium SUV in a very subtly-done shade of silver. Sachin’s Porsche Cayenne Turbo gets an exclusive Techart body kit, which includes lower side skirts all around the body of the SUV. These sporty looking skirts, along with the large multi-spoke alloy wheels and low profile tyres give a very sporty and planted stance to the Cayenne Turbo. 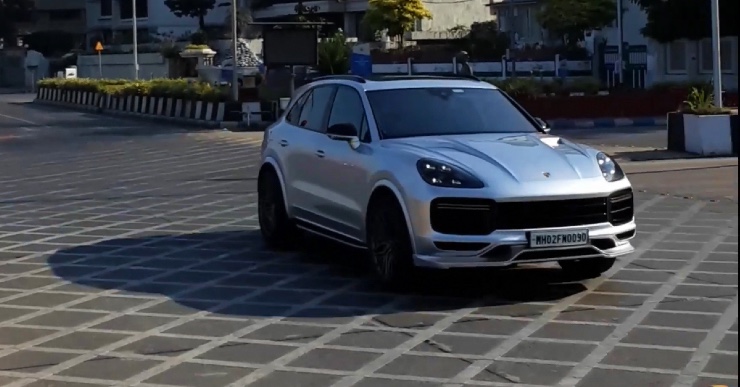 Priced at Rs 1.93 Crore (ex-showroom, India), the Porsche Cayenne Turbo is available in India with a 4.0-litre twin-turbocharged V8 petrol engine as standard. It is the same engine that powers some other exclusive and sporty SUVs from Volkswagen AG’s family of multiple brands, such as Lamborghini Urus, Audi RSQ8 and Bentley Bentayga. Porsche itself uses this engine in Panamera as well.