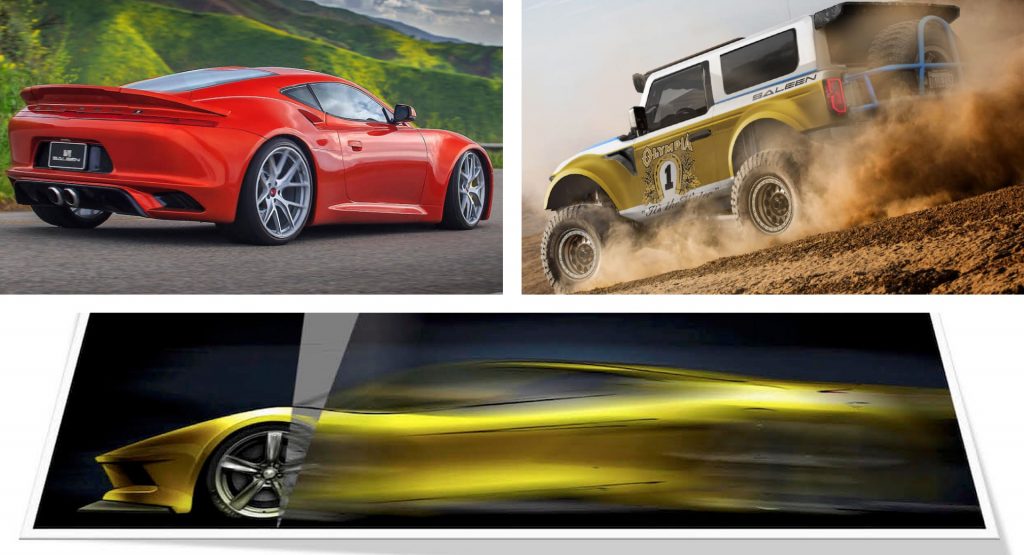 Saleen published a video on their official Facebook page announcing “new and exciting visionary products, including an electric supercar” in a quest to attract investors.

According to the video, “big things are happening at Saleen”, although the only cars we get to see are the Saleen S1 that was unveiled back in 2017, along with a trio of tuned Mustangs. A link below is sending us to a landing page on Saleen’s website that has a prospective investor form.

The company that once created the Saleen S7 supercar will soon start accepting investments from any interested parties with a minimum of $500. The goal is “to fund the next chapter of the Saleen story”. The public announcement states that Saleen is “entering an explosive growth cycle” while hinting at exciting projects including the electric supercar. We guess that major investors will be given a more detailed description of the upcoming projects.

Concerning the electric supercar, we have nothing more but a teaser sketch included in the gallery that could be a sign of things to come. The yellow-painted vehicle appears to have classic mid-engined supercar proportions but most of its bodywork is intentionally blurred hiding the design details.

See Also: This Is What Saleen Is Planning For The New Ford Bronco

The last time Saleen was in a state of growth was back in 2019 when it was launched in China with the help of Jiangsu Secco Automobile Technology. The presentation included the unveiling of the MAC electric crossover, and the MaiMai electric city car, together with an announcement of an updated Saleen S7 in limited production form. Unfortunately, the aforementioned and pretty ambitious plans have yet to materialize, while Steve Saleen claims that the venture has stolen 40 years’ worth of intellectual property from him.