Spring is right around the corner, but winter still has its icy grip on parts of the United States.

That’s particularly true in the North, but some drivers still travel too fast for conditions.

That appears to be the case here as a Vermont State trooper stopped in Dummerston on February 19th to assist the driver of a Chevrolet Colorado, which hit the guard rail following a two-vehicle crash.

As the trooper was on the scene, a Honda Pilot travelling on the other side of I-91 lost control after going around a bend. The crossover quickly went sideways and drove into a ditch separating the interstate. Shortly after impact, the crossover rolled and debris can be seen “showering” the cruiser.

Also Watch: Florida Man Captured Shooting Out His Own Windows After Getting Tailgated 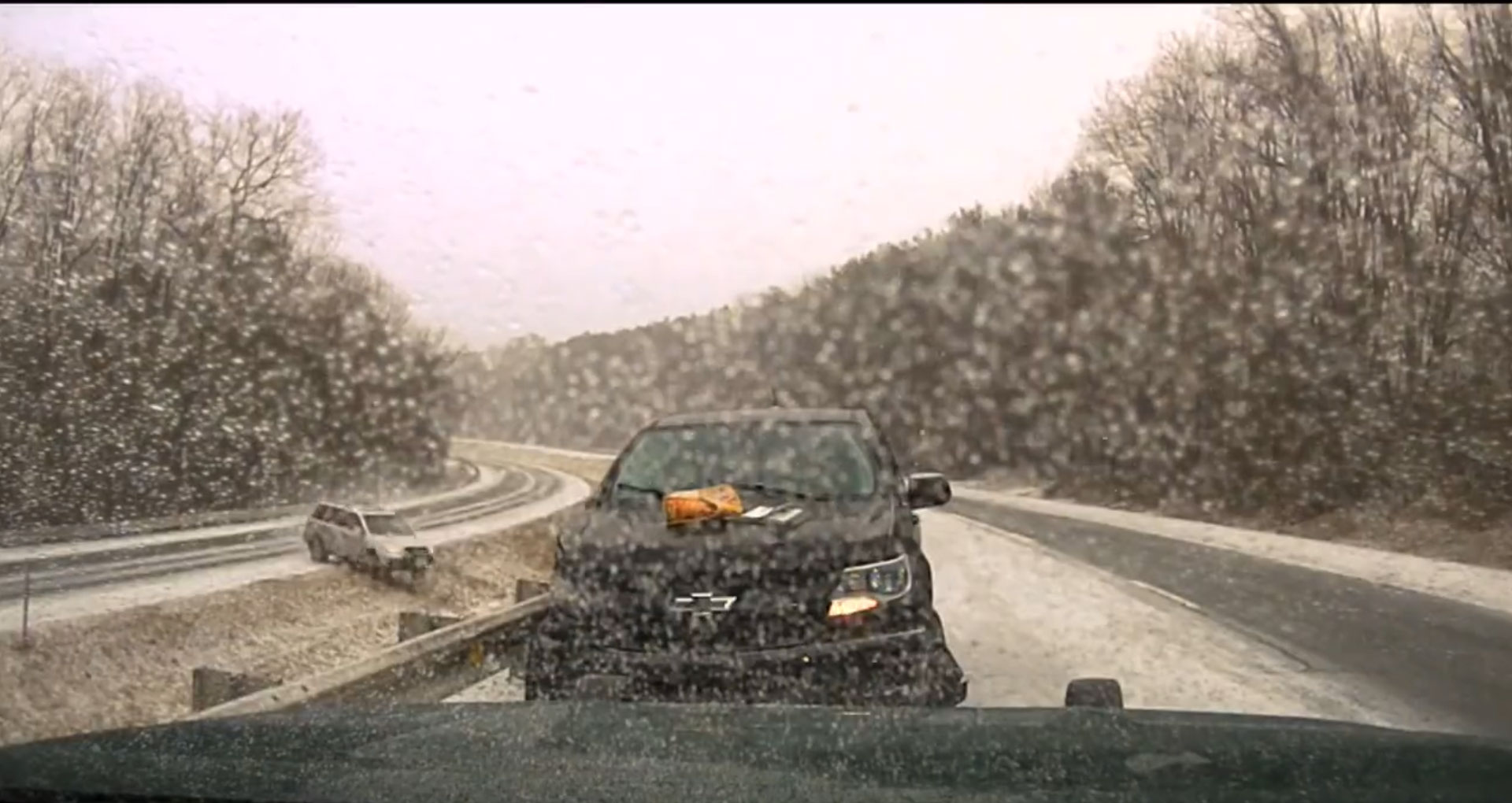 The Vermont State Police said the trooper was in the median at the time of the crash, but “jumped over the guard rail and escaped injury.” The occupants from the Colorado also appear to have escaped unharmed as they were sitting in the cruiser at the time of the incident.

Unfortunately, the occupants of the Pilot weren’t as lucky as the driver wasn’t wearing a seat belt and was ejected from the vehicle. That could have easily cost them their life, but thankfully the driver only suffered “moderate injuries.” Two young children were also in the vehicle, but they were in car seats and were “relatively all right.”

Police said the “situation serves as a powerful reminder of how important it is to slow down, drive appropriately for the road conditions, and always wear a seat belt.” The latter is a wise move as the National Highway Traffic Safety Administration notes “one of the safest choices drivers and passengers can make is to buckle up.”

90.4% of people took that advice last year and this likely saved countless lives as the NHTSA estimated 14,955 lives were saved by seat belts in 2017.  However, an additional 2,549 people could have been saved that year if they buckled up.

With debris showering the cruiser, this crash is about as close as it gets to wiping out the Trooper and the family he stopped to help.

As for the other car: 2 young kids in car seats were OK, but the driver, not wearing a seat belt, was ejected and suffered injury. pic.twitter.com/h1JvPhes7B