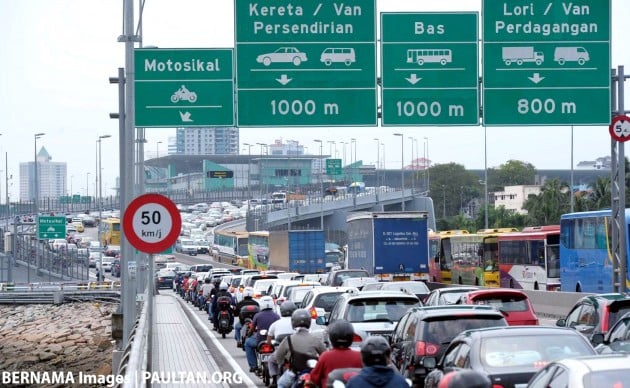 The rush of Malaysians looking to cross the Singapore border – which reopened on April 1 – is causing considerable delays in the approval of their Vehicle Entry Permits (VEP), which are required to enter the island republic. Bernama reported a long queue at an Autopass issuing office on Jalan Tun Abdul Razak Susur 1/1 in Johor Bahru yesterday, which started as early as 7am.

According to the national news agency, one businessman said the neighbouring country was making it more difficult for people to enter, adding that he was told to wait 14 days to get a response to his application. The individual, who wished only to be known as Michael, resorted to taking public transport to Singapore to settle his banking affairs, having learnt that his account was used by someone else to make an online transaction.

“I think the Singapore government is trying to control the incoming cars from Johor. The new process, for example, has been causing a lot of inconvenience for us, especially Johoreans, to go to Singapore. This definitely defeats the purpose of border reopening,” said Michael.

Another applicant, ride-hailing driver Mohamad Faizi, said his approval process went smoothly, taking just three days. “At first, there was confusion about the system but after that, it went smooth. Thankfully, I don’t have to wait longer for approval. I applied online on March 31 and got the approval three days later. 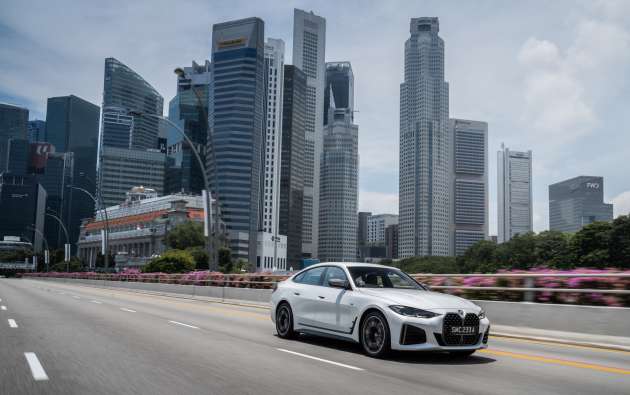 “However, they [the authority] want a valid and same name on the motorcycle grant, insurance and road tax before proceeding with the application. Whoever wants to use other people’s vehicles, it [the application] will be rejected,” he said, adding that he was returning to Singapore to be a bus captain.

The application process has also caused confusion among motorists, with one housewife, Suhaida Yusoff, having to sort her husband’s application at the office after it was rejected. “I did the online registration here at the office as I did not understand the process.

“I came as early as 7am today, after one of the insurance documents was rejected yesterday. What was needed was the motorcycle grant and insurance certificate,” she said. According to her, her husband – who works as a supervisor in Singapore – could commute daily using an Autopass for 23 years without issue.

Wait times for VEP approvals could take as long as 35 days, according to an email

For its part, Singapore’s Land Transport Authority (LTA) advised applicants on March 24 to plan their entry at least two weeks in advance to give enough time for their VEPs to be approved. The agency said it may require a longer time to process the applications due to the expected uptick, adding that it would be updating its VEP Digital Services on its OneMotoring website from March 24 to 30.

Actual applications may take even longer to that. One person we spoke to said he was given an expected waiting time of up to 35 days for a response to his application, and that some others are now being told to wait upwards of 40 days.

As for people coming the other way, the RM20 Road Charge (RC) exemption for Singaporean motorists entering into Malaysia on the Johor Causeway and the Second Link will be ending at midnight, Bernama also reported. In a press release, PLUS Malaysia said it will resume normal toll collection from tomorrow onwards and motorists are advised to ensure their Touch ‘n Go cards and eWallets have sufficient balance.