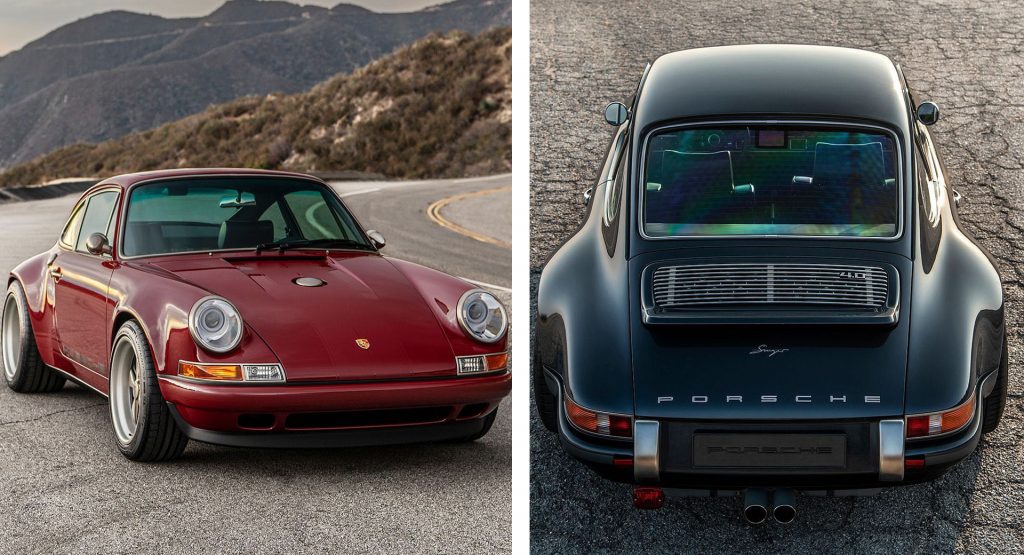 Starting with the Suisse Commission, it is the most subtle of the two 911 models and is finished in a shade dubbed Miura Blue completed with ghosted stripes and lettering. Like all 911 models that are reimagined by Singer, the bodywork is drop-dead gorgeous, in particular the flared wheel arches and the pronounced ducktail spoiler.

In designing their dream 911, the owner of the car had it commissioned with 8-way electrical adjustable sports seats trimmed in black leather with woven centers and nickel grommets. The cabin also sports beautiful carpet and a subwoofer is mounted below the rear left seat. There is also an ebony and walnut shift knob. 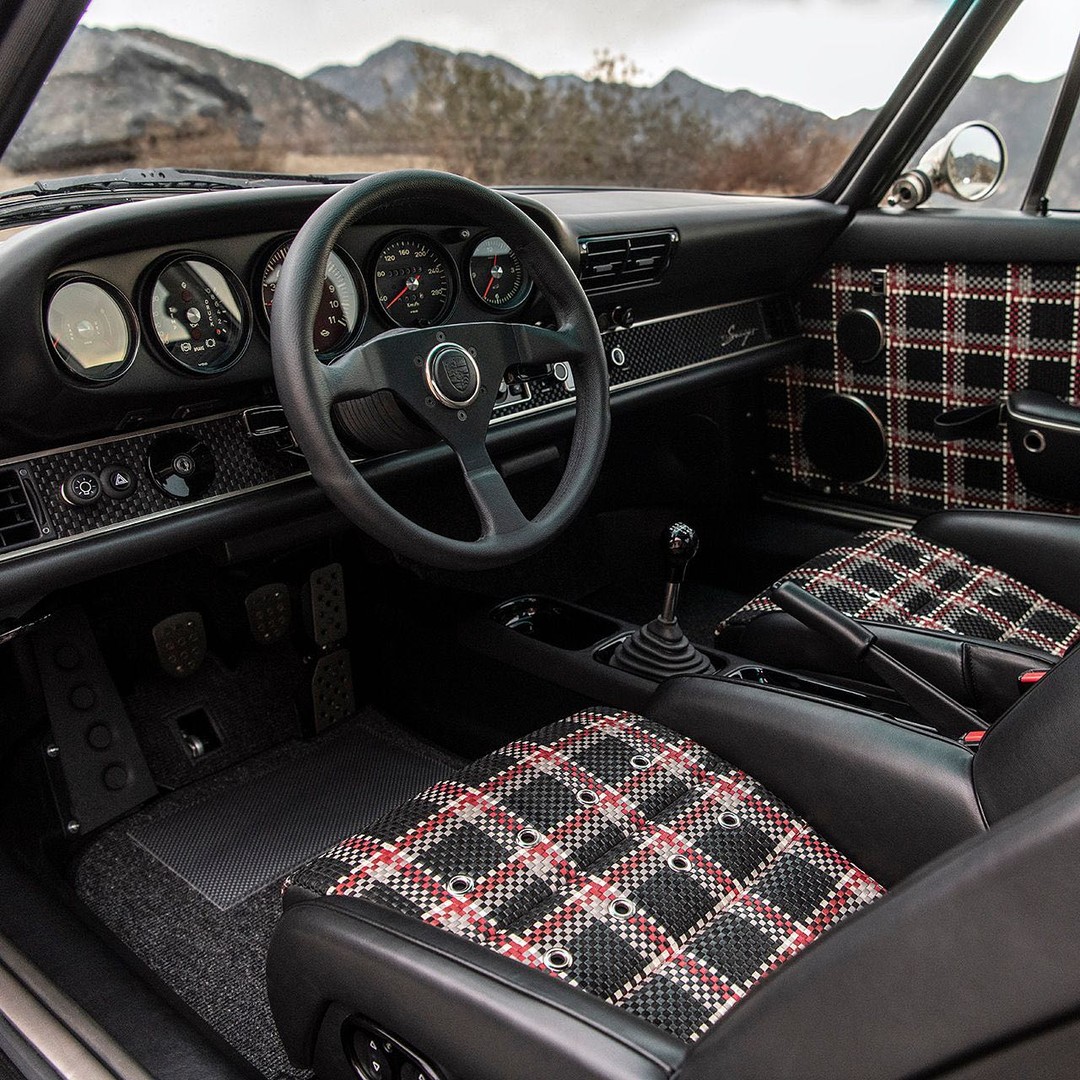 The reimagined 911 Berlin Commission is even more eye-catching. It has been painted in a dark color dubbed Berlin Red and has raised nickel lettering. It has gorgeous two-tone wheels with closed lugnuts and sitting over black brake calipers with white lettering. It is also rolling on a set of Michelin Pilot Sport tires.

For as gorgeous as the exterior of the car is, the interior is even more remarkable. It has four-way adjustable sports seats with leather-wrapped seat backs, leatherwave seat centers, and nickel grommets. Black leather also adorns the sills, transmission tunnel, and rear compartment.

Like the Suisse Commission, the Berlin Commission also rocks a 4.0-liter naturally-aspirated, air-cooled flat-six mated to a six-speed manual ‘box and rear-wheel drive.