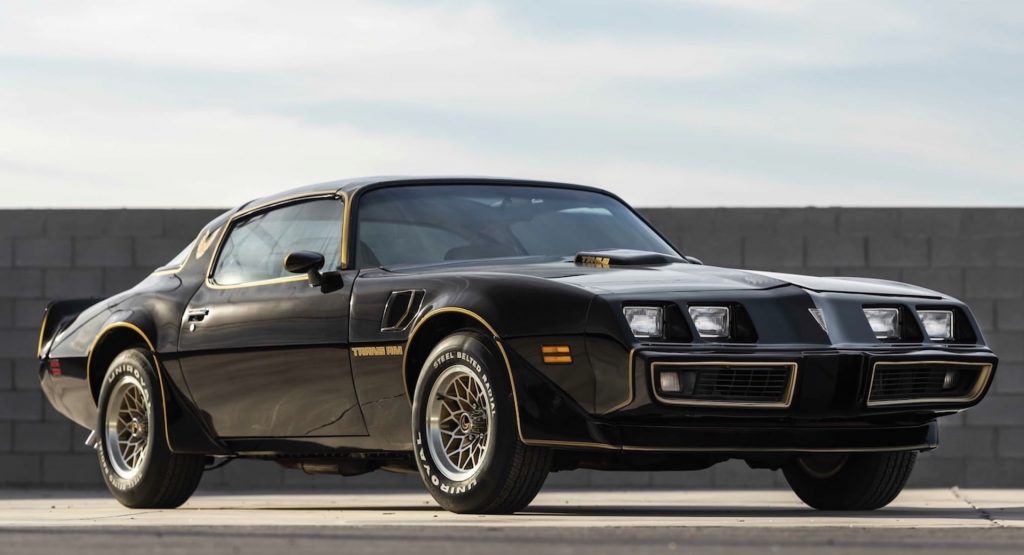 Under pressure from insurance companies and strangled by emissions legislation red tape that strangled its V8s, Detroit had almost entirely abandoned the concept of the muscle car by the late 1970s. But Pontiac clearly didn’t get the memo.

As you’d hope, it’s close to immaculate, and still features things like the sun visor sleeve explaining how to buckle the seatbelt, as well as the owner’s manual, dealer brochure, build sheet and window sticker. The photos on the Mecum auction listing show the odd mark on the gold pin striping, but to all intents and purposes this is exactly what you’d have been handed if you bought one of these new in ’79.

The gold stripe accents and gold engined-turned dash tells us this is a Y84-code Trans Am SE, which could be one of the reasons the owner thought it was worth mothballing, rather than driving. But it’s possible he was also aware of the significance of the 1979 models because seventy-nine was the last year for the big block engine, 10,000 of which Pontiac had stockpiled during 1978 to ensure it had enough to make available for one more season. Starting in 1980, the Trans Am would only be available with small-block 5.0-liter V8 options. 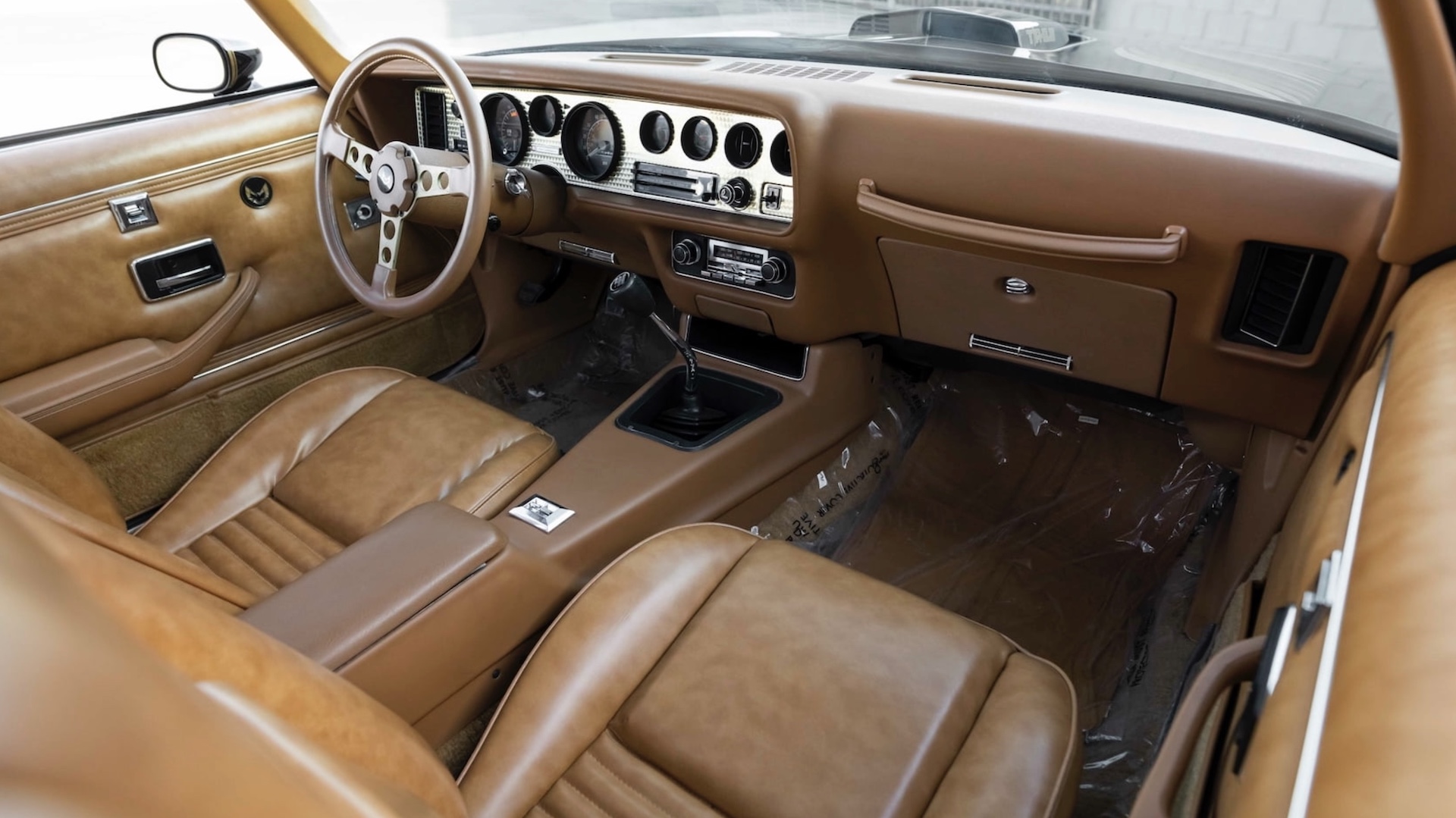 True, the hottest of those had a turbocharged version with 210 hp (213 PS), which sounded much more appealing than the naturally aspirated alternative that was compulsory in California and made just 150 hp (152 PS). But neither was a match for the best motor on offer in 1979, which pumped out 220 hp (223 PS) and a solid 320 lb-ft of torque.

And while the Turbo Trans Am came only with a three-speed auto, the W72-code naturally-aspirated 6.6 in the older car could be hooked up to a four-speed manual. Car & Driver hustled one to 60 mph in 6.7 seconds in a January 1979 test, which was around 1.5 seconds better than it managed in the 1980 Turbo Trans Am that followed, and ranked as genuinely rapid for the period.

If you want to put this perfectly preserved example of the last gasp of muscle’s golden first age in your garage, you’ll need to register to bid at Mecum’s March sale. It’s unlikely to sell for anything near the $495,000 someone spent on Burt Reynolds’ personal Trans Am last month, though to muscle collectors it’s arguably for more important.