As much as automotive enthusiasts love loud and expensive exhausts, government authorities hate them in an inversely proportional manner. The law enforcement and environmental protection departments around the globe have been tailing the notorious vehicle modifiers for years now, but recently the city of New York came up with a mind-blowing method to crack down on these illegal vehicle modifications. The New York Department of Environmental Protection has now installed what is called the “Sound Camera” in the city which is able to detect if the vehicle has a modified exhaust or not. 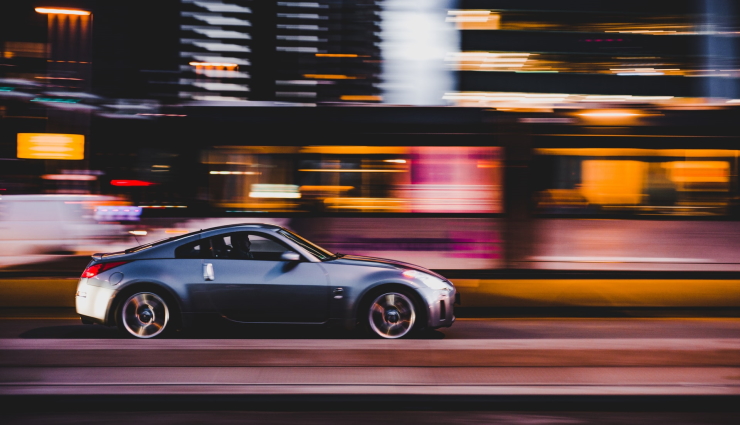 The New York City DEP recently revealed that “To increase enforcement against motorists and repair shops that illegally modify mufflers and exhaust systems to make them excessively noisy for motor vehicles and motorcycles.” They have installed traffic cameras which are equipped with specialized microphones and “sound meters” that are able to “record the decibel level as the vehicle approaches and passes the camera.” These cameras with the recorded decibel reading are able to determine if the vehicle has a legally compliant muffler or not.

One of the victims that got caught by this new sound camera was an owner of a BMW M3 sports car. The owner posted a picture of a noise-ordinance violation notice by the New York City DEP in a Facebook group named the Lowered Congress. In the notice, it can be seen that details of the owner’s vehicle have been mentioned and along with it is an explanation of how he got caught.

The notice read, “I am writing to you because your vehicle has been identified as having a muffler that is not in compliance with Section 386 of the Vehicle and Traffic Law, which prohibits excessive noise from motor vehicles. Your vehicle was recorded by a camera that takes a pictures of the vehicle and the license plate. In addition, a sound meter records the decibel level as the vehicle approaches and passes the camera.”

Furthermore, in the notice, it was mentioned that the owner should bring his registered vehicle to the authorised Department of Environmental Protection centre in order to conduct a noise test. If the owner agreed to comply with the notice and brings his vehicle to the centre he will become eligible for an opportunity to make his car complaint with the city and state laws – the notice read. The DEP also warned the victim in the notice by writing that if he fails to respond or appear to the first notice he will be subjected to the issuance of summons and a maximum penalty of $875.

The Department of Environmental Protection of New York also told a media outlet via an email that this new program is unrelated to Governor Kathy Hochul’s recent initiative to curb noise pollution in New York. Earlier in September of last year, Hochul signed a bill named the SLEEP Bill under which the fines for exhaust noise violations were increased from $150 to $1000 which as it stands is currently the highest in the entire United States of America.