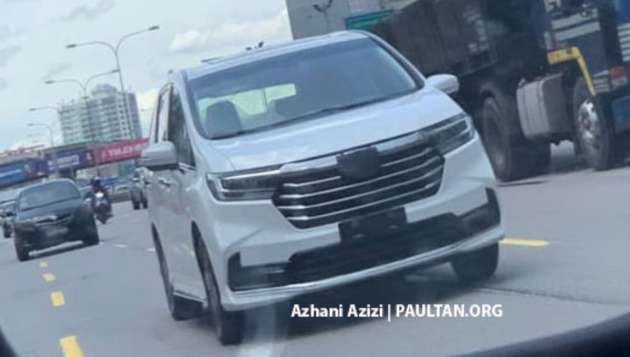 There appears to be an incoming new addition to the MPV segment for the Malaysian market, with a sighting of the latest Honda Odyssey facelift on our local roads.

Spotted by paultan.org reader Azhani Azizi along Old Klang Road, the latest people-mover by Honda that appears set to arrive on Malaysian roads is in fact the second facelift. The earlier update launched in Malaysia on February 2018, itself preceded by the first iteration of the fifth-generation MPV back in 2013.

In Japan, the second facelift of the fifth-generation Odyssey gets a choice of two powertrains – the first is the K24W 2.4 litre naturally aspirated four-cylinder petrol that produces 175 PS and 225 Nm of torque, paired to a CVT with front- or all-wheel-drive.

The second of these is an i-MMD hybrid called the e:HEV that is powered by a 184 PS/315 Nm front-mounted electric motor. Its lithium-ion battery is additionally supported by a 2.0 litre Atkinson-cycle four-cylinder engine with outputs of 145 PS and 175 Nm, which acts as a generator. 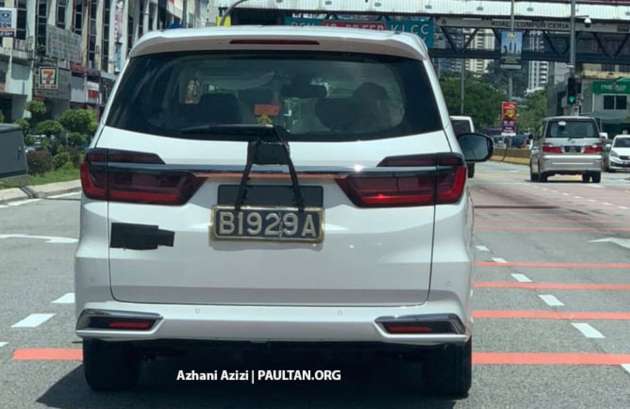 For Malaysia, the Odyssey has had the 2.4 litre engine for its past two iterations; might we see the e:HEV on our roads this time around? In any case, notable features of the latest revision for the MPV is the continued offering of eight seats, with various configurations offered; in addition to the second-row sliding captain’s chairs, the third-row seats can be removed for more storage space.

Added convenience comes with powered sliding doors that can be operated by a gesture instead of pushing a button or pulling a handle, while a “reserve lock” function lets users set the vehicle to lock itself once the sliding doors or tailgate have closed. Selected trim levels in Japan also get a hands-free operation tailgate, which senses a sweep of the foot below the rear bumper to work.