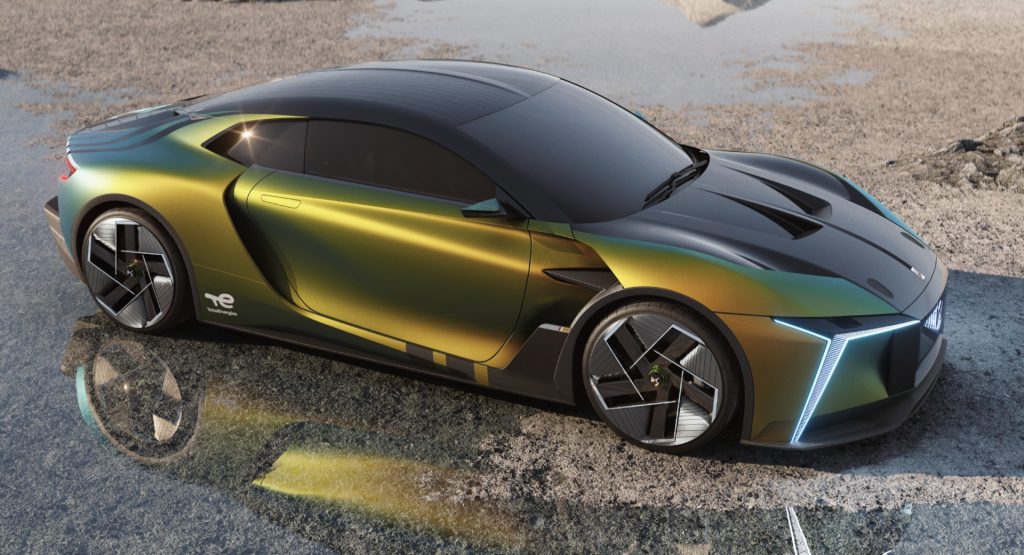 Stellanti’s French luxury brand DS has unveiled the E-Tense Performance concept, a fully electric supercar incorporating technology from Formula E. The study is an evolution of the previous DS E-Tense concept from 2016, featuring a significantly more powerful powertrain and a fresh exterior design that will inspire future models from the former Citroen subbrand.

After securing the team’s and drivers’ titles in the last two seasons of Formula E, DS Performance took the electric powertrain of its single-seaters and fitted it on the carbon monocoque of the prototype. 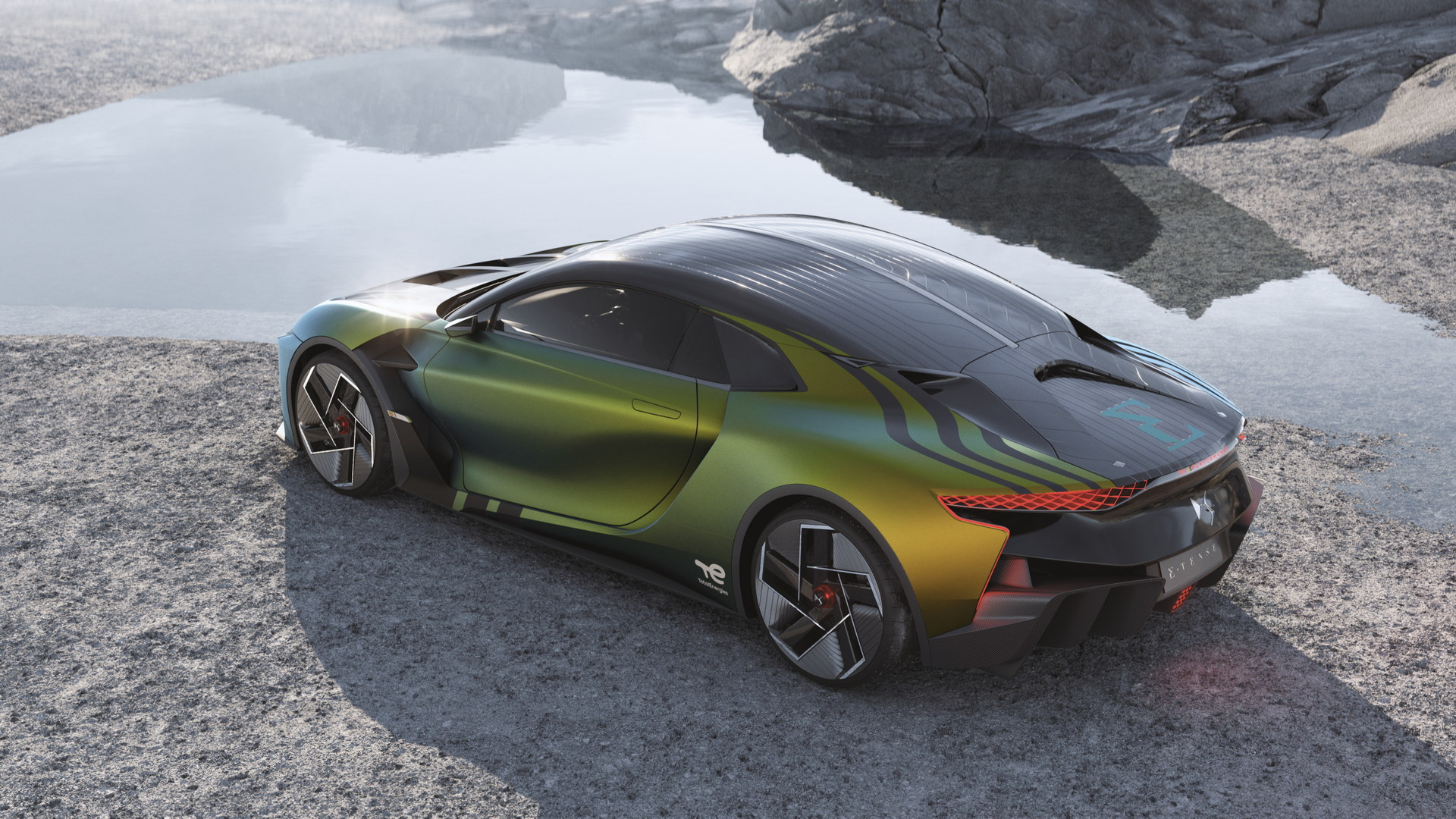 The race-inspired battery with carbon-aluminum composite housing mounted in a central-rear position for optimum weight distribution has  “an innovative chemistry and an immersive cooling system for cells”, according to the company. At the same time, it allows a regeneration capacity of 600 kW, making the traditional braking system with discs and pads obsolete – although it is still there for safety reasons. According to the French brand, the suspension geometry is designed to offer the best possible grip on bumpy roads and all weather conditions.

While hinting at a blistering-fast 0-100 km/h (0-62 mph) time of 2 seconds, DS will officially announce the performance figures of the concept car after the development is finalized. Professional drivers and Formula E champions Jean-Éric Vergne and Antonio Felix da Costa will sit behind the wheel of the DS E-Tense Performance starting from this month, in order to test its true potential. 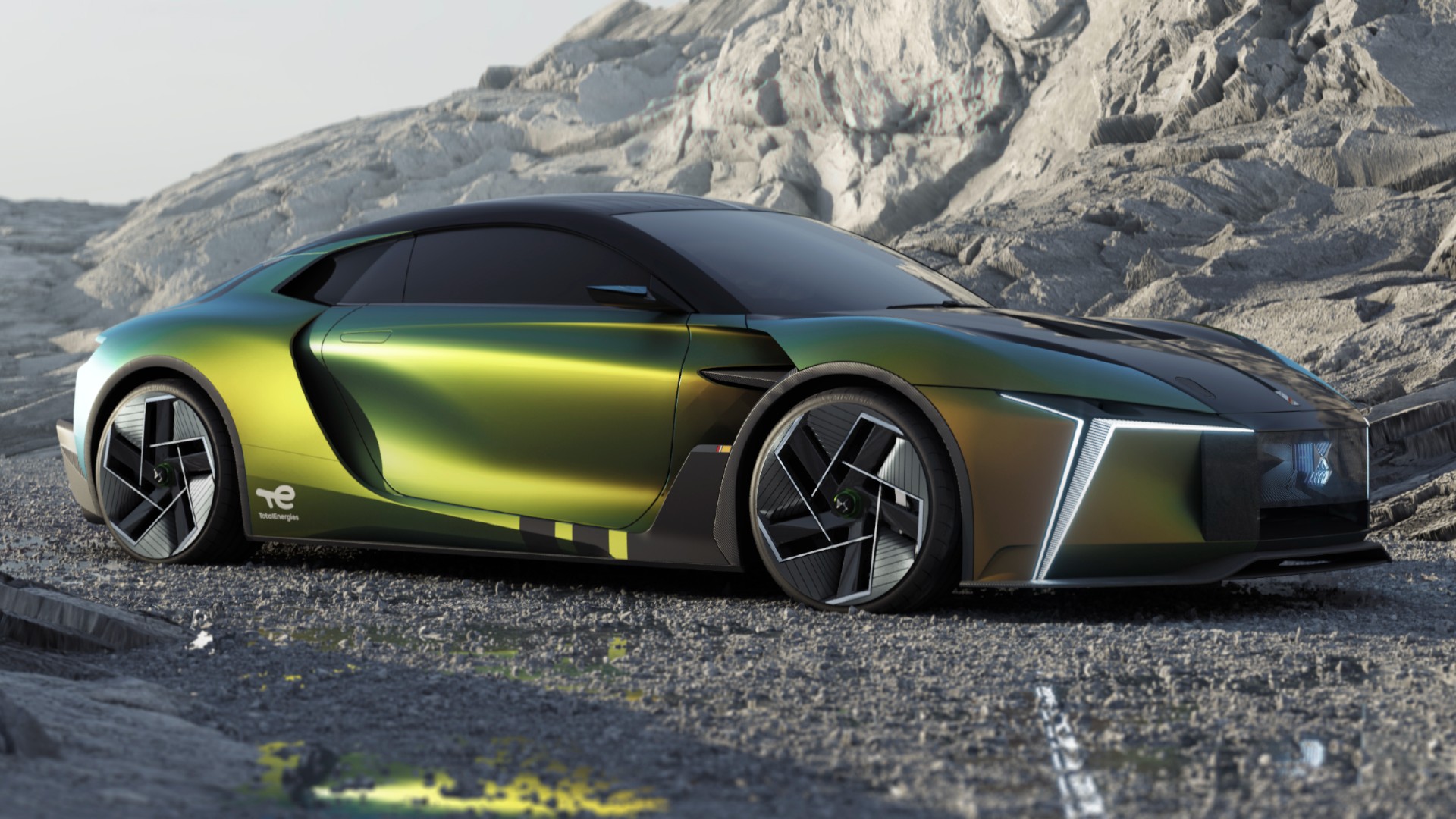 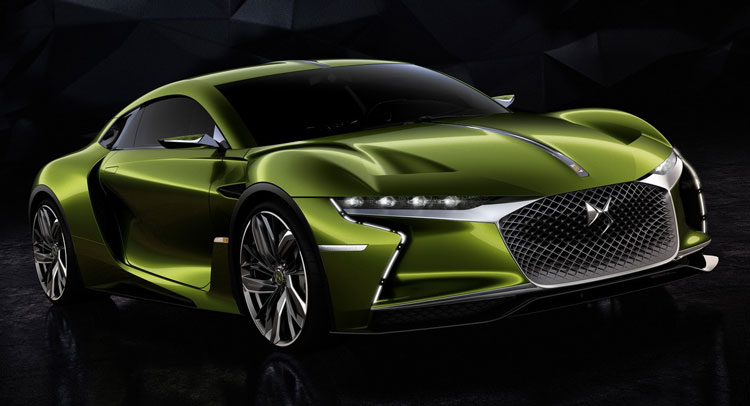 Facelifts are not only for production models

Design-wise, the DS E-Tense Performance retains the silhouette of its predecessor however it gets a new face. The simpler and more angular LED graphics combined with headlight-mounted cameras and a digital grille, will likely be featured in future production models, while the new bonnet has different vents and a dual-tone treatment (beetle-effect exterior color with gloss-black accents) that continues throughout the entire body.

The profile looks pretty similar, besides the graphics and the more aerodynamic 21-inch wheels. The back also remains largely the same with futuristic LEDs, a massive diffuser, and a Formula-inspired brake light, while benefiting from the black-themed graphics and the E logo on the windscreen-less rear deck. DS didn’t give us photos of the interior but said that it features bucket seats, a Formula E steering wheel, data collecting equipment, a Focal Utopia sound system, and black leather trim inserts. 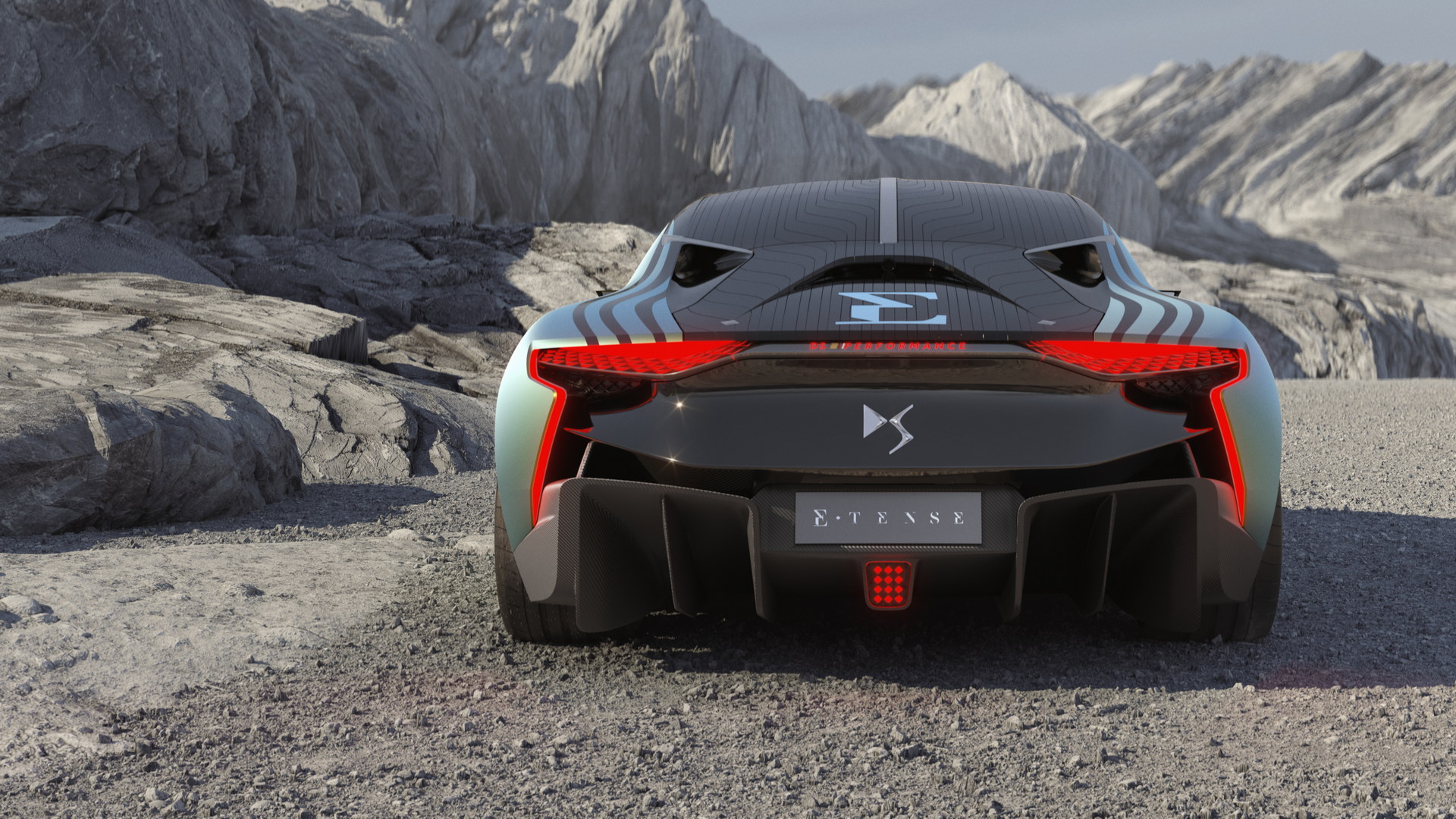 Thomas Chevaucher, DS Performance Director, said “Our objective is to apply the experience acquired in Formula E and the expertise that we’ve taken from our international titles to a project which predicts the high-performance electric car of tomorrow. It is a laboratory that we will use to analyze the behavior of components and to develop them with a view to future manufacturing. The idea is also to find solutions to lower costs, make them easier to manufacture, and explore implementations in production models. The next generations of the E-TENSE range will benefit from these developments.”

The DS E-Tense Performance is most likely a one-off design study with the company describing it as “a prototype aimed at testing different innovations to build into the brand’s next designs”. While a production version seems unlikely for the near future, most of us would love to see an electric sportscar from DS, helping the French brand move upmarket and create a loyal following. At the moment, you can only buy the prototype in NFT form, with two different series offered for sale.

Currently, DS is offering electrified options (EV / PHEV) of its entire range including the E-Tense variants of the DS 3 Crossback, DS 4, DS 7 Crossback, and DS 9. All new DS models that will be unveiled after 2024 will be fully electric.