This may very well be the only remaining chance anyone has to buy a brand new Honda Dream 50 still in its original factory crate – a motorcycle developed in the late-1990s as a modern homage to the iconic Honda RC110 grand prix motorcycle from the early 1960s.

When the Fédération Internationale Motocycliste announced in 1961 that they would start a 50cc World Championship for motorcycles in 1962, it was almost guaranteed that Honda would take part.

The Japanese company had already made a name for themselves in the field of technologically advanced small-capacity racing motorcycles, and the new 50cc class had their name all over it. 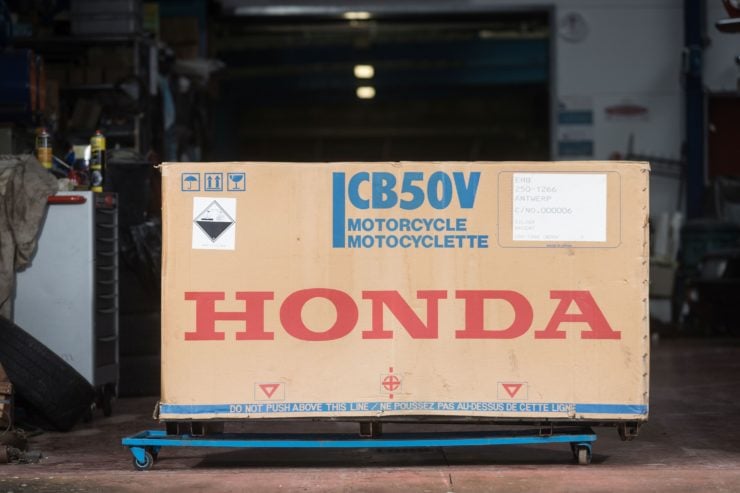 The factory crate and its protective box looks like they could have just been rolled out of the factory yesterday – not 24 years ago in 1998.

In 1961 alone, Honda had won the 125cc class with Australian rider Tom Phillis at the controls, Luigi Taveri took 3rd for Honda, and other Honda riders finished 4th, 5th, 9th and 10th.

In the 250cc class things were even better for Honda, Mike Hailwood took the championship win on his Honda with Tom Phillis in 2nd, Jim Redman in 3rd, Kunimitsu Takahashi in 4th, and Bob McIntyre in 5th – all riding Hondas.

It must have seemed almost like a slam dunk for Honda to join the field of the new 50cc class given their track record. They developed the Honda RC110 specifically for the series powered by an advanced single-cylinder engine with double overhead cams, four valves per cylinder, and by the season’s end it was capable of revving to 17,000 rpm.

Despite looking great on paper, the RC110 was faced with one major problem – many of its competitors were using two-stroke engines that gave them an edge over the four-stroke Honda. By the end of the season Luigi Taveri had managed just a single victory at the 1962 Finnish Motorcycle Grand Prix. 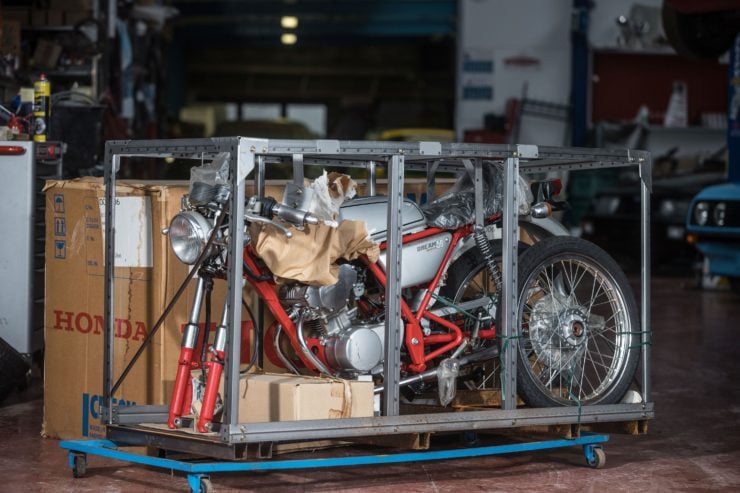 Motorcycles are all typically shipped like this to dealers, who are then responsible for final assembly before presenting the motorcycle to its buyer.

This win combined with his three podium places was enough to net him 3rd place in the championship that year, behind Suzuki in 1st place and Kriedler in 2nd.

Though it never achieved the dominance of its larger-engined Honda siblings from the era, the RC110 (later renamed the RC111) has always enjoyed a special place in Honda history.

A slightly lower powered version of the RC110 was developed for privateer club racers, it was called the Honda CR110 Cub Racer and it was offered in two major versions – the road-going 5-speed with lights and a muffler producing 7 bhp and the pure racing version that was capable of 8.5 bhp.

The Honda Dream 50 has been carefully preserved in its factory crate since it was delivered new in 1998. 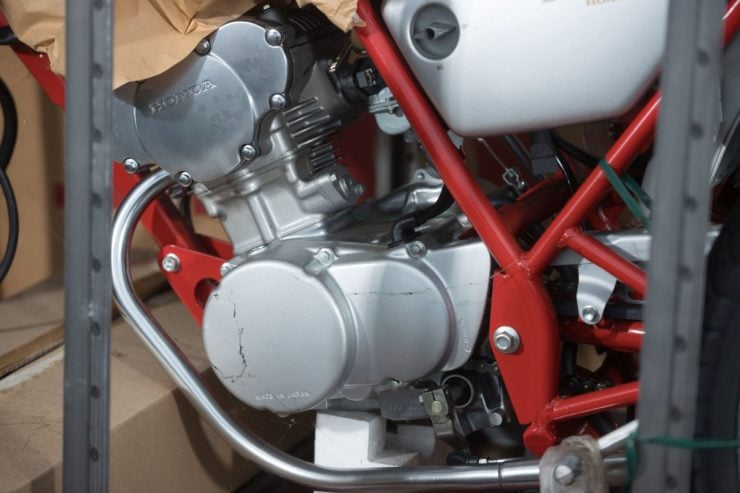 Though small, this 50cc packs in plenty of engineering, it has a DOHC head with four-valves and it produces the equivalent of 112 bhp per liter – which works out to 5.6 bhp given its 50cc displacement.

Honda would produce the Dream 50 for just two years – 1997 and 1998 before ending production. The model was only offered in Japan, where the market for retro motorcycles has always been strong.

With its air-cooled single cylinder engine fitted with a double overhead cam, four-valve head, the Dream 50 produces a modest 5.6 bhp at 10,500 rpm with 3 ft lbs of torque at 8,500 rpm.

Power is sent to the rear wheel via a 5-speed gearbox and chain final drive, and the bike tips the scales at just 81 kilograms (180 lbs) dry.

The Dream 50 you see here is due to roll across the auction block with Artcurial on the 18th of March with a price guide of $5,600 – $11,300 USD. If you’d like to read more about it or register to bid you can click here to visit the listing. 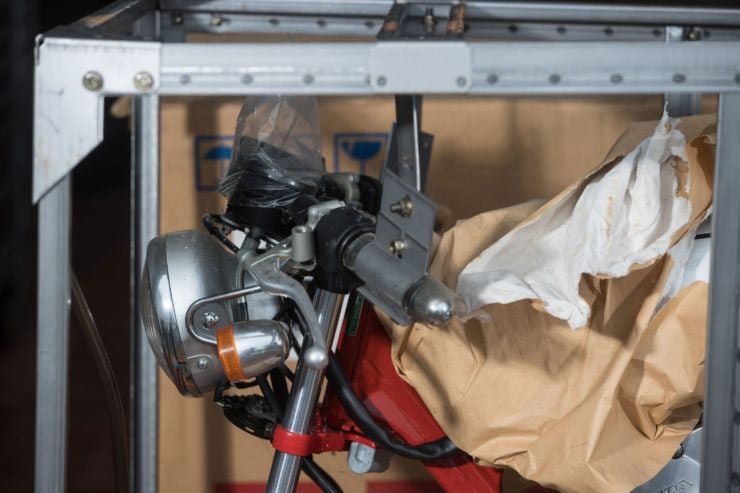 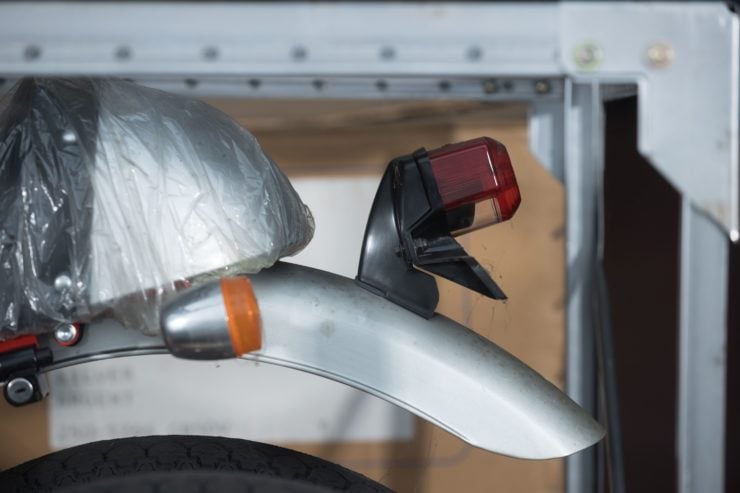 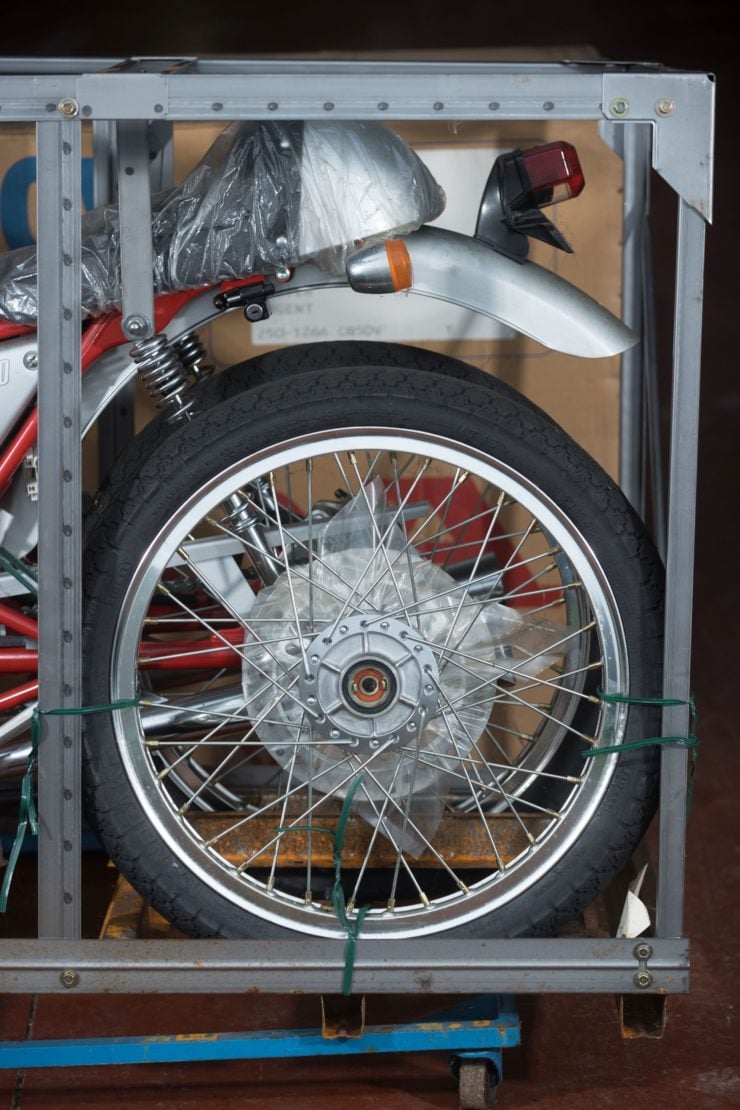 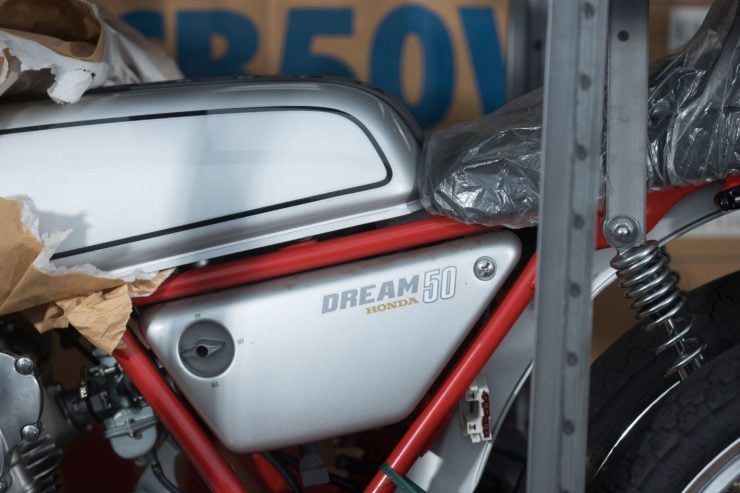 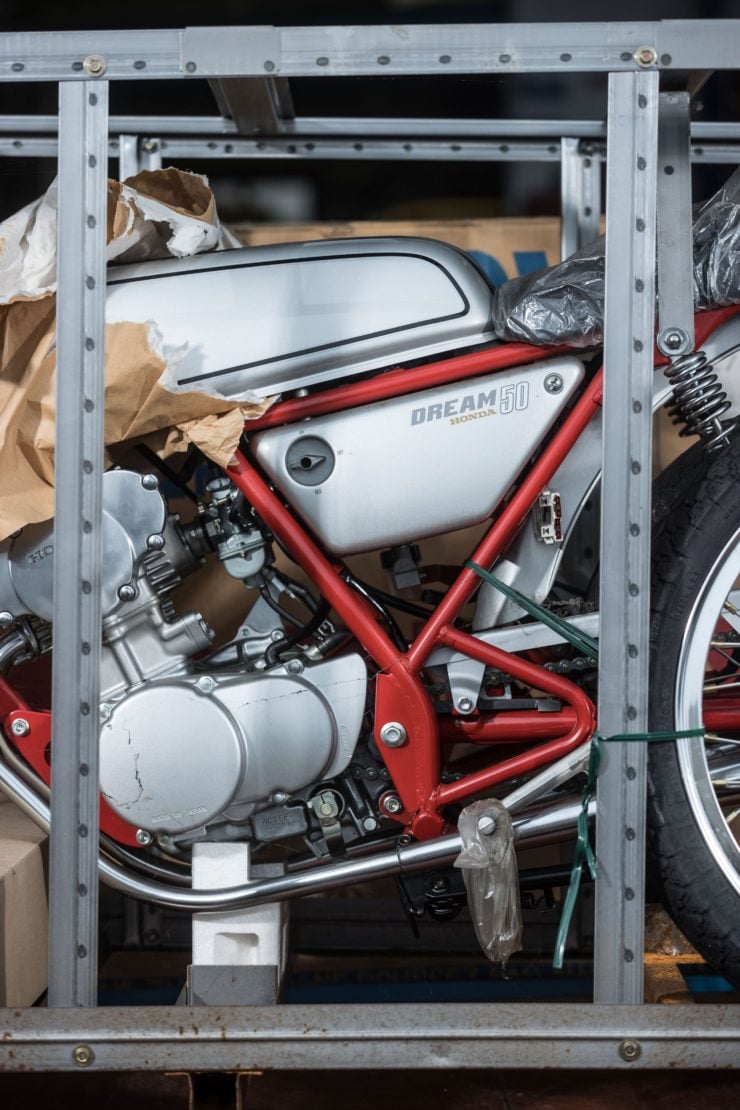 The post Still In The Factory Crate: A Rare Honda Dream 50 appeared first on Silodrome.