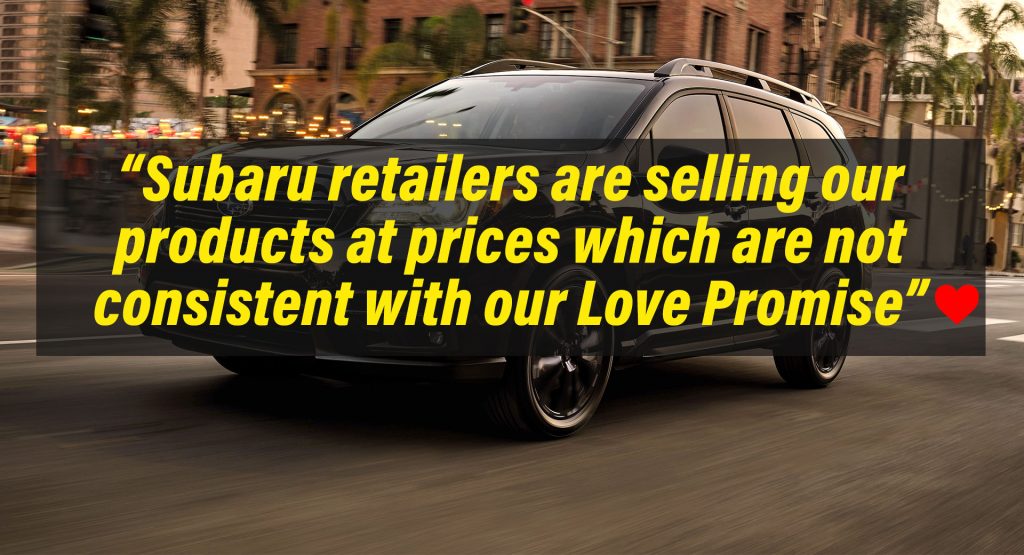 The automotive market is seeing huge demand thanks to a number of factors including the global chip shortage. As a result, automakers can’t build cars fast enough. In response to that shortage of vehicles, many dealers across the country have put markups on their products. Today, Subaru of America’s CEO sent a lengthy letter to all dealers condemning the practice.

That letter, obtained by Jalopnik, details how important it is for Subaru that markups aren’t a part of dealer pricing. In it, Thomas J. Doll, president and CEO of Subaru of America reminded dealers that as a brand, Subaru doesn’t want to be anything like the “typical car dealer”.

He then goes on to say “Taking advantage of the current market imbalance between supply and demand is something a ‘car dealer’ would do… it’s NOT something a ‘Subaru Retailer’ would consider doing.” 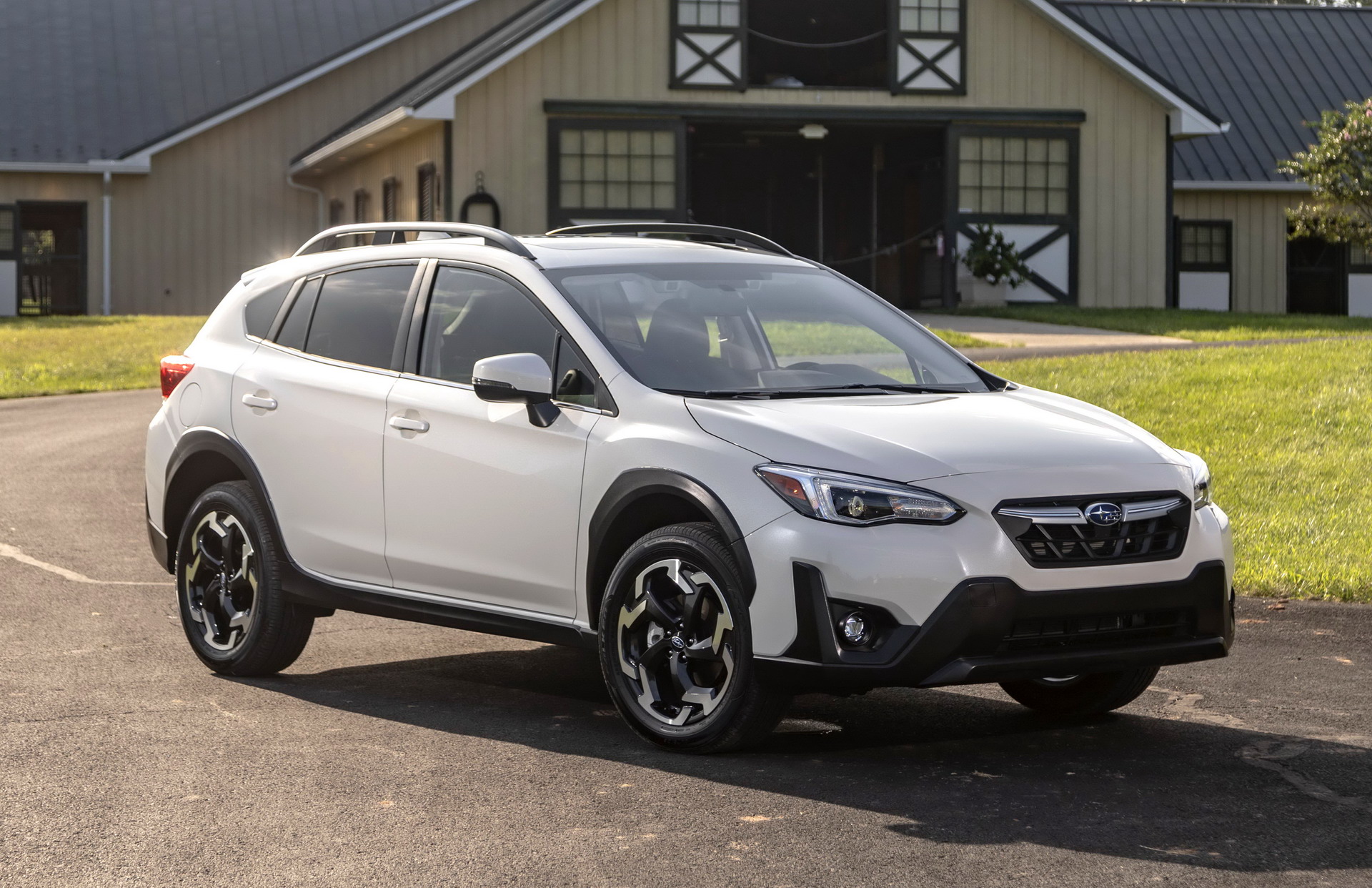 That’s about as clear as it can get. Doll doesn’t say that retailers shouldn’t practice dealer markups – he says that they shouldn’t even consider it. It seems that the letter is a product of what Doll says is “increasing numbers of customer letters and emails voraciously complaining about sales of our vehicles at prices above MSRP. Please see an example of a customer letter on the following page.”

According to the same report, that letter was quite pointed: ” I’m writing to you as a very satisfied Subaru owner of almost 20 years but I’m having concerns as I’m planning on buying my next Forester. The “Low Inventory Surcharge” of $4,000 – $6,000 is puffing a new car out of reach for me. I do understand the supply chain problems and issues around getting parts but this is a very troubling situation. Are you planning on eliminating this tax in the near future? I’m certainly hoping you’ll be changing this so I can once again look forward to my (3rd) new Forester. ”

Subaru isn’t alone in dealing with similar markup issues. Ford, General Motors, Hyundai, and Kia have all sent similar messages in one form or another to their dealers. In his letter, Doll very clearly leans on the principles of the Subaru brand as his main reasoning point but doesn’t specifically clarify what penalties might be imposed to dealers who don’t end the practice. 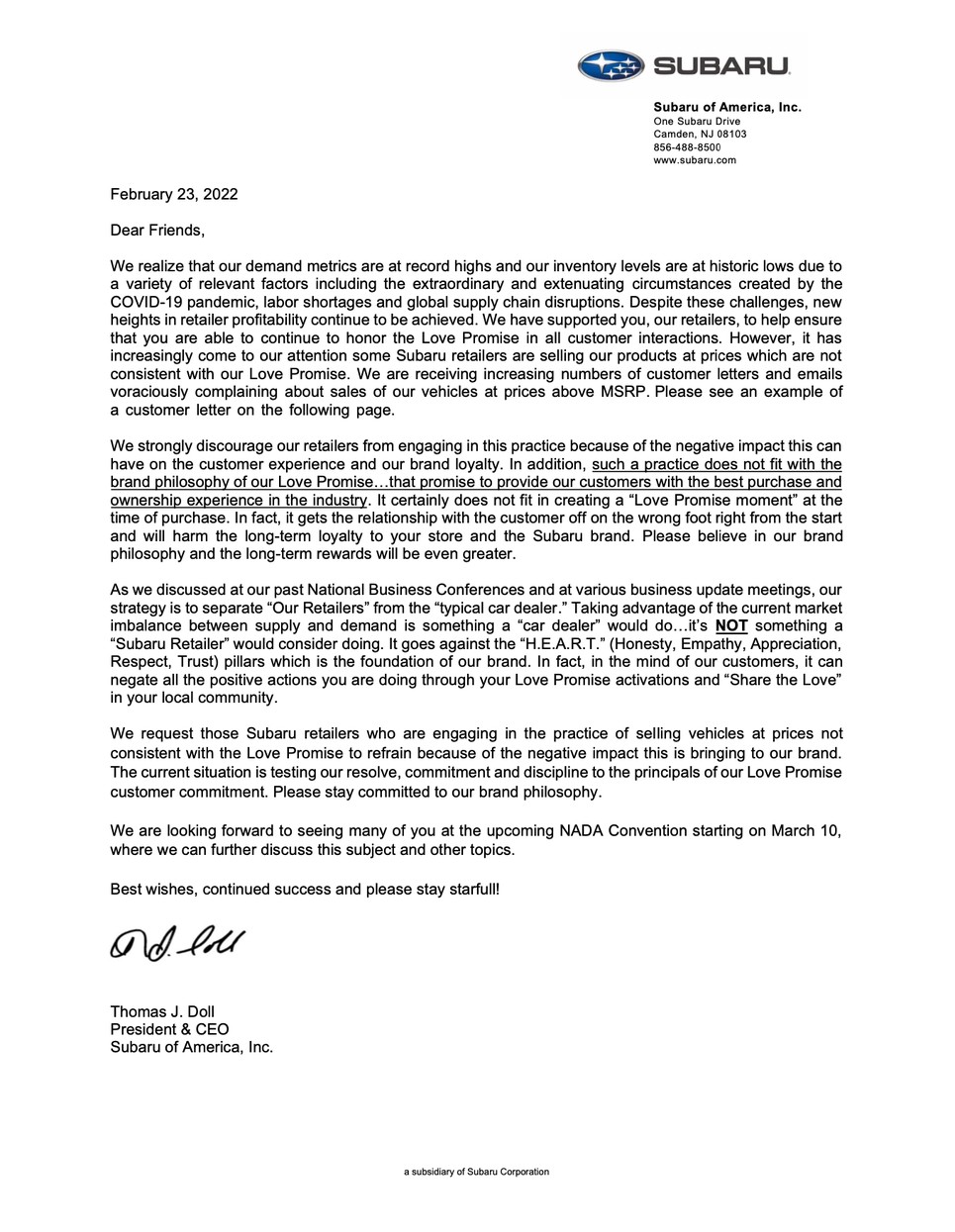 Photo Subaru of America via Jalopnik