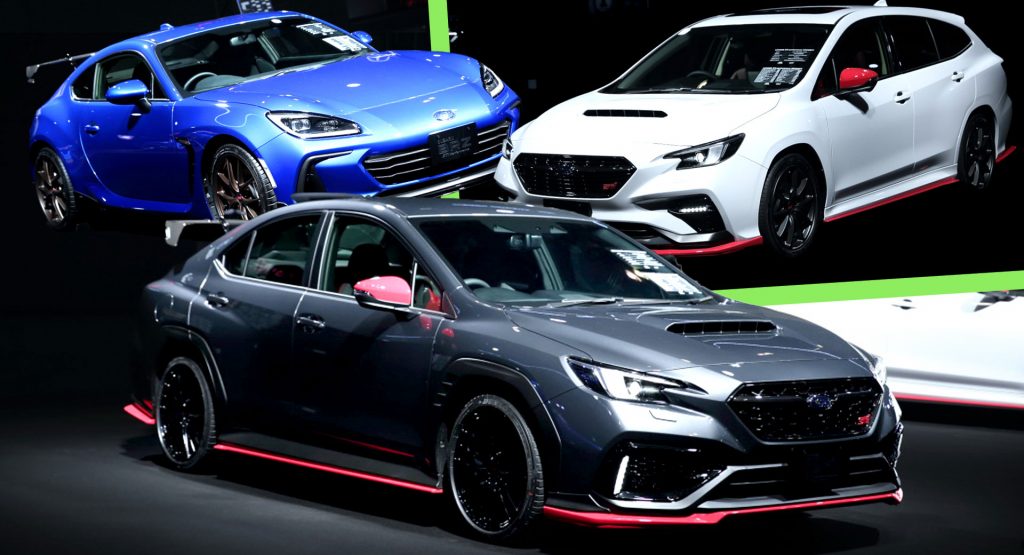 Subaru has presented three striking STI concepts at the Tokyo Auto Salon based around the new WRX S4, BRZ, and Levorg.

A very similar design theme runs across all three models. Starting with the WRX S4 STI Performance Concept, we can see that its dark grey paint is contrasted by bright red accents across the front splitter, side skirts, and rear bumper. It is also equipped with a set of unique gloss black STI wheels and has a large rear wing.

This concept gives us our first chance to see the new WRX (badged the WRX S4 in Japan) with added aero parts that could be used by the upcoming WRX STI. While we’re still not sold on the black cladding used for the wheel arches, the sports sedan certainly looks striking with these add-ons. Subaru has also fitted it with Recaro seats clad in black Alcantara and sporting red leather bolsters. 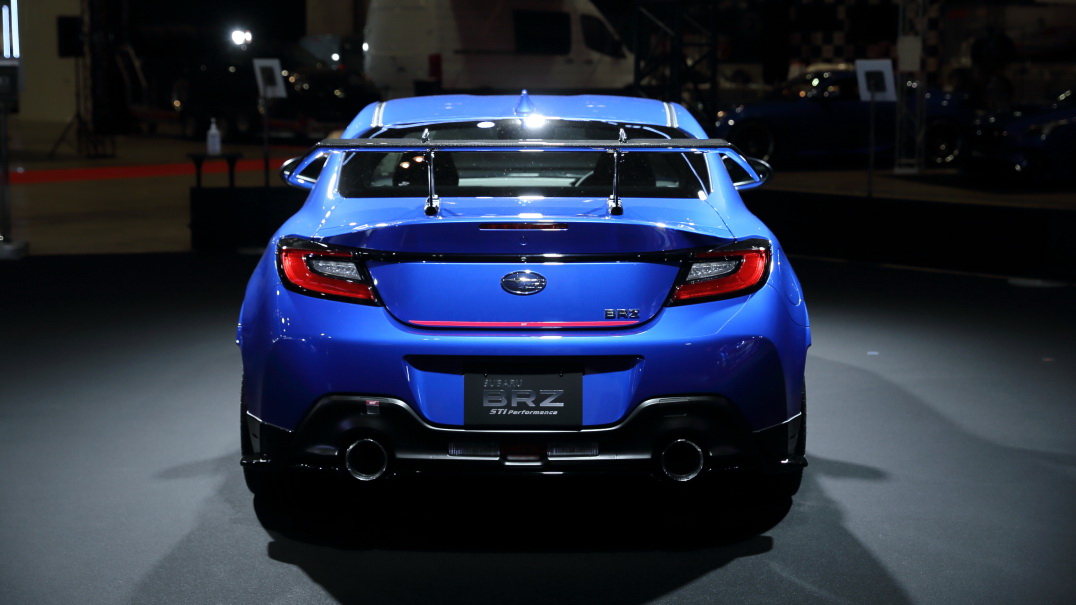 Next up is the Subaru BRZ STI Performance Concept. It can be immediately distinguished from the standard model thanks to an extended front splitter with red accents. Subaru’s designers have also equipped it with distinctive side skirts and bolted on a set of bronze STI wheels wrapped in Michelin Pilot Sport 4 tires. Located at the rear is a new bumper and diffuser package, as well as a red pinstripe on the trunk. It also has new exhausts and strut bars in the engine bay.

Rounding out the modifications is a large swan neck rear wing as well as red contrast stitching throughout the cabin.

Last but not least is the Subaru Levorg STI Performance Concept. It has been presented in a simple shade of white and like the WRX S4 presented, features a red front splitter, red side skirts, and red trim on the rear bumper. Subaru has also equipped it with STI wheels, Yokohama tires, and stainless steel tailpipes. The cabin is clad in a combination of red and black leather and has a host of STI badges, including on the steering wheel and shift knob. 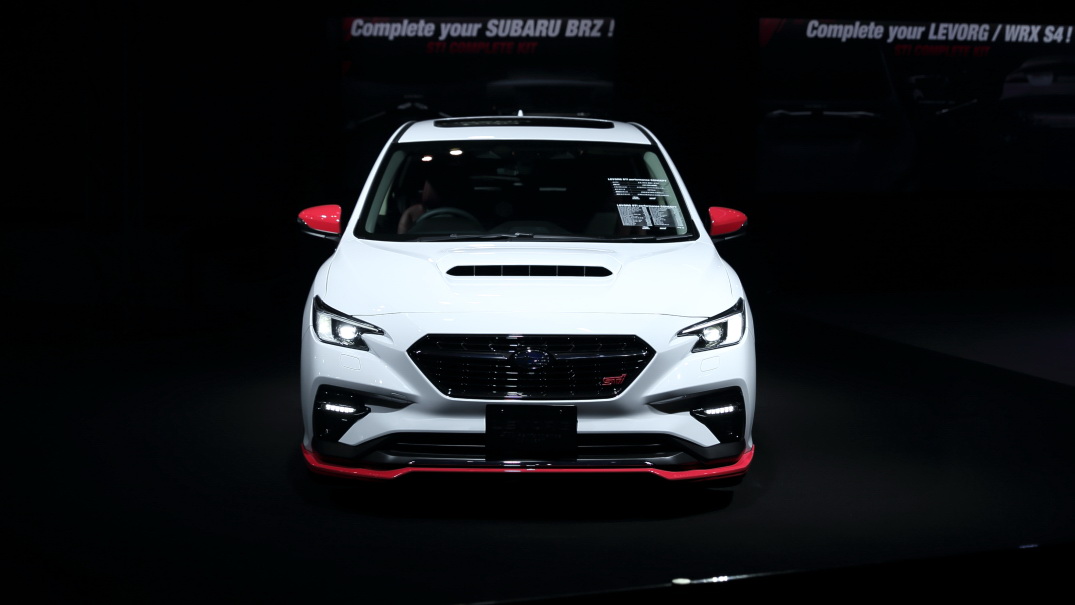