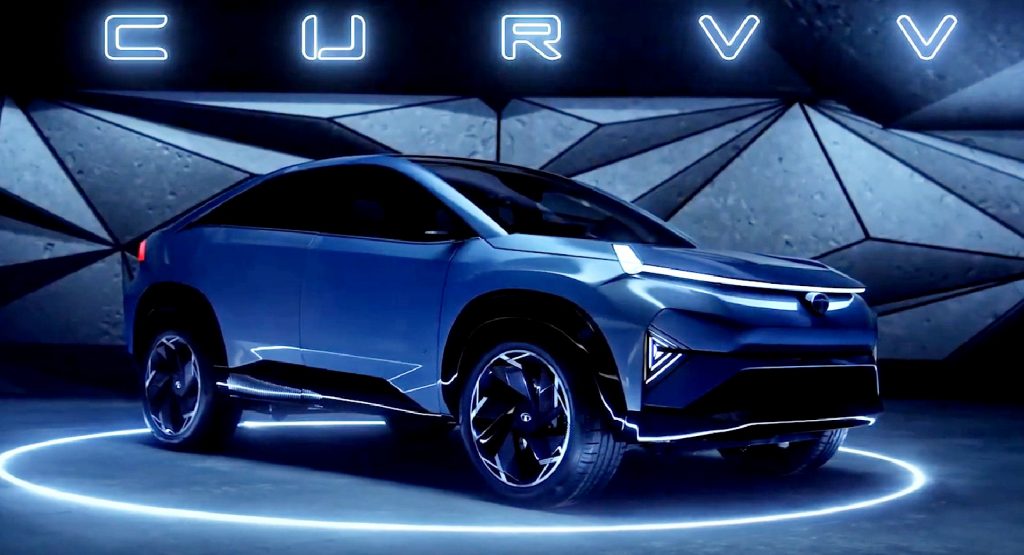 India might not be at the forefront of electrification, but that doesn’t mean they don’t get new electric models. Tata, the market leader in EVs, has just unveiled the Curvv concept which previews a fully electric coupe-SUV that’s coming within the next two years.

The Curvv is introducing Tata’s evolved design language called “Digital”, which focuses on clean surfacing and dynamic lines. The concept comes with a typical coupe-SUV stance, thin LED lighting on both ends, shiny plastic cladding on the wheelarches and triangle-shaped DRLs replacing the intakes on the front bumper.

Read Also: Tata Motors Expects Electric Vehicles To Account For 25% Of Its Sales In India By 2026 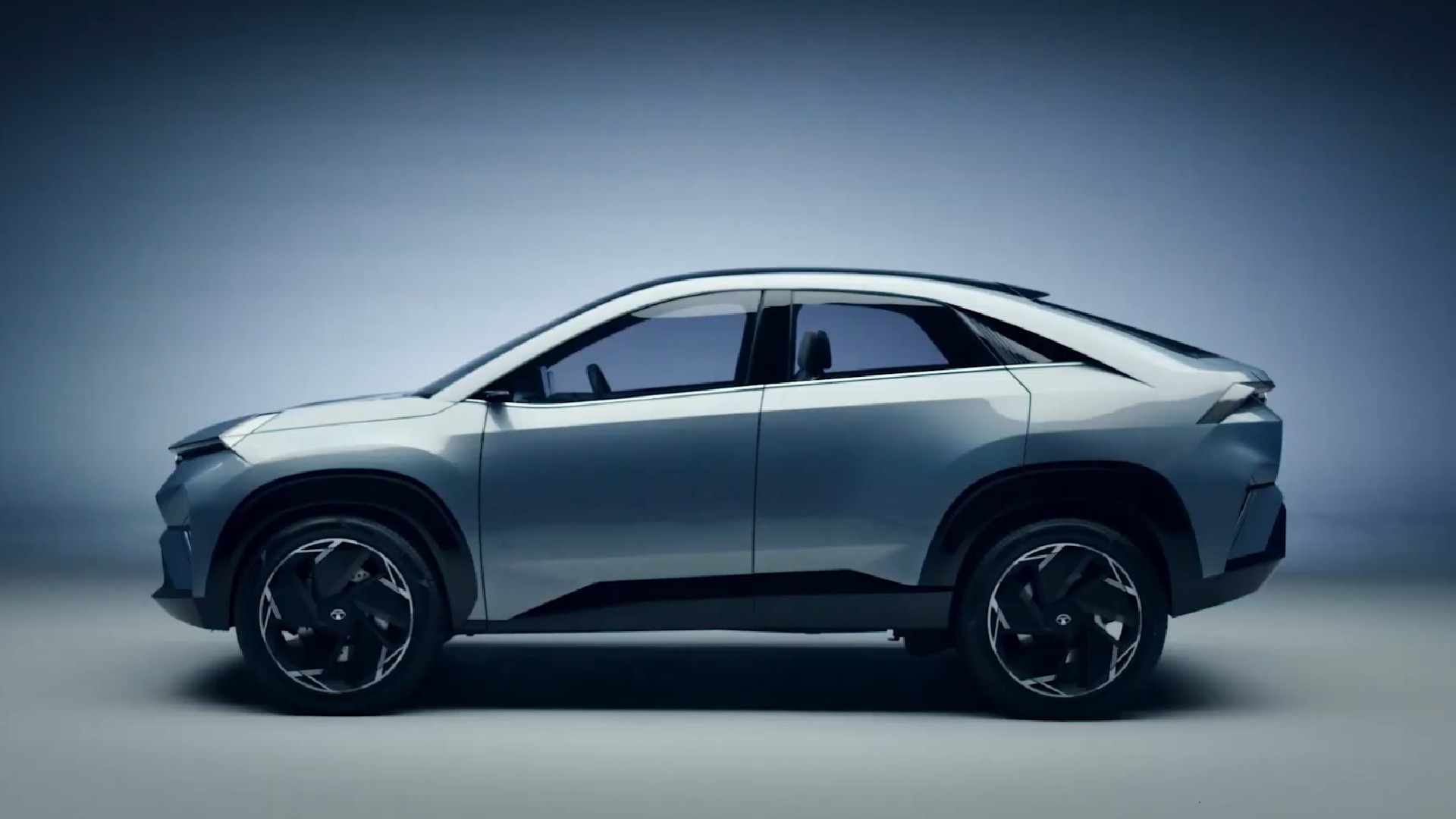 Martin Uhlarik, head of design, says they didn’t sacrifice any of the interior roominess and ingress/egress with the sporty design and the Curvv offers “class-leading” dimensions and features without getting into specifics.

Two medium-sized free-standing displays are mounted high on the dashboard, one for the infotainment and one for the digital instrument cluster. The two-spoke steering wheel has an illuminated badge and integrated controls, while the buttons on the center console are touch-sensitive. There is also a panoramic sunroof shedding light into the cabin, ambient lighting, and futuristic-looking seats with modern fabric upholstery patterns. 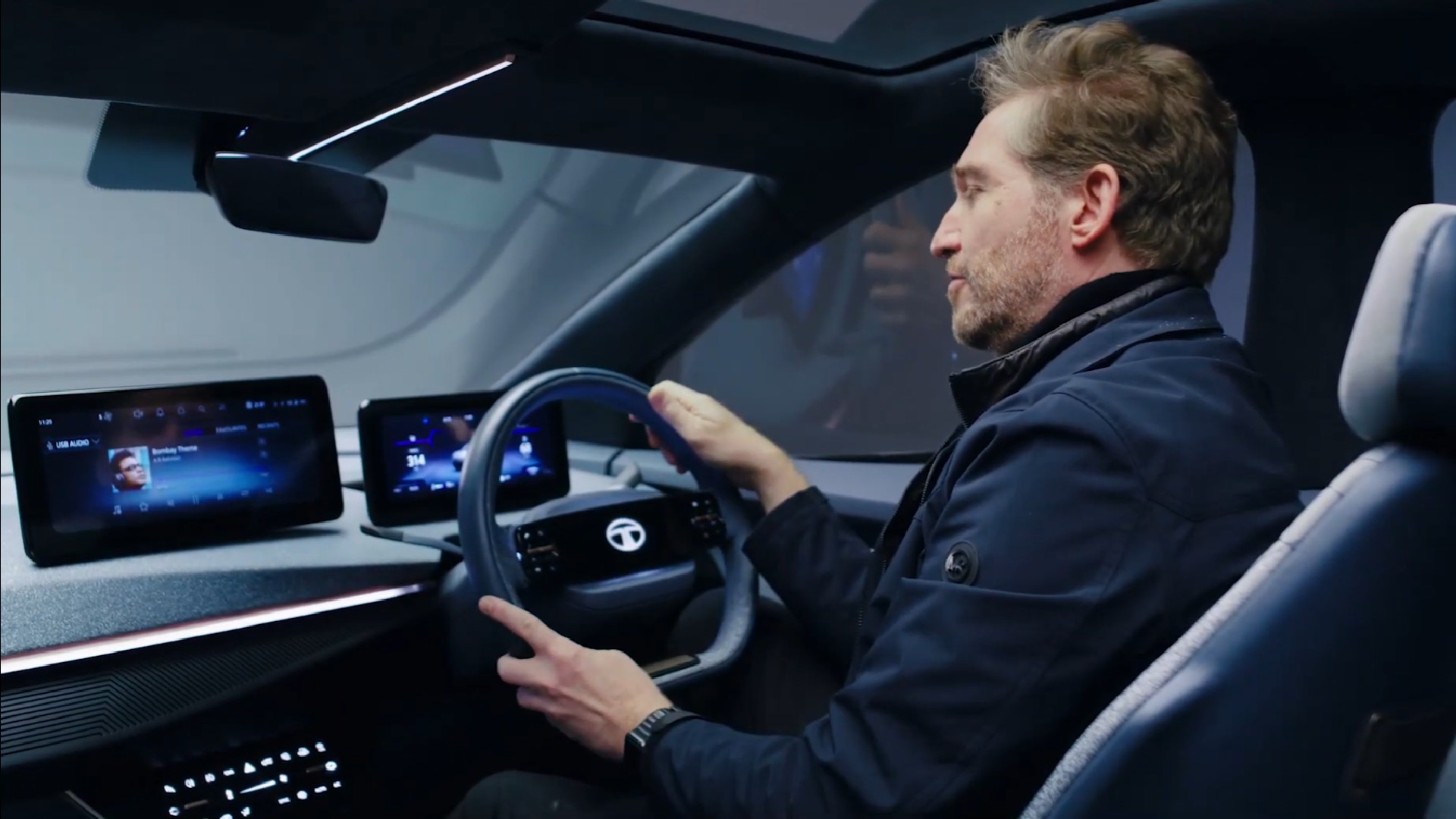 The SUV will be based on the Tata Generation 2 EV architecture. While the electric version will be the first to roll out with an expected range of up to 500 km (311 miles) and “enhanced performance”, Tata confirmed it will also offer ICE-powered variants in the future.

The production version of the Curvv will slot above the Nexon EV small SUV which is India’s best-selling electric model. Since 2021, Tata is also offering the Tigor EV, a budget-friendly small sedan which is its second electric model. The company plans on launching eight new EVs by 2025 and the goal is for Tata’s electric range to account for 25 percent of its total sales in India by 2026.