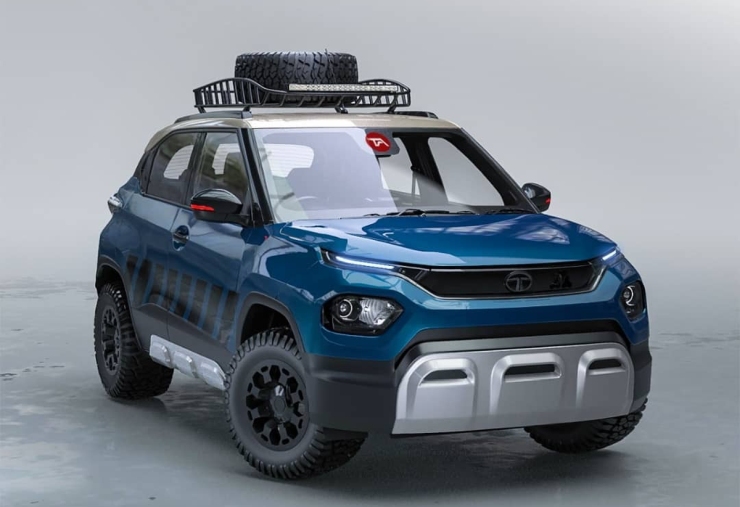 The images were shared on his Instagram and the artist has rendered only the exterior of the Punch. The rendering is very close to the HBX Concept. Many elements have been derived from the concept and have been implemented in the render.

Up-front there is a huge skid plate that gives a butch look to the Punch. The micro SUV is finished in a shade of blue colour that is not offered by Tata Motors. It has also been lifted significantly and it is running on off-road spec tyres. There are also different wheels on the Punch. The metal protective armour is also on the sides of the SUV. 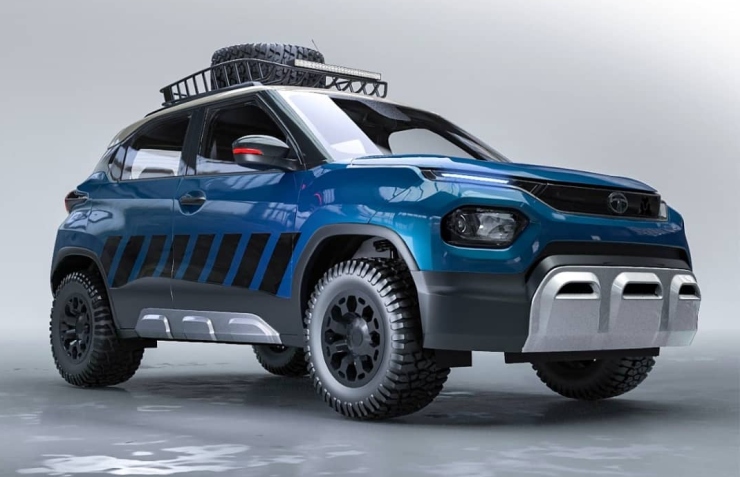 There are black stripes on the sides and the rearview mirrors are finished in piano black with a strip finished in red colour. All the pillars are finished in black and the roof is finished in a grey shade. A roof rack has been installed and we can also see a spare tyre on it. At the rear, there are no huge changes except the huge skid plate and some additional detailing around the tail lamp and reflectors in the bumper. 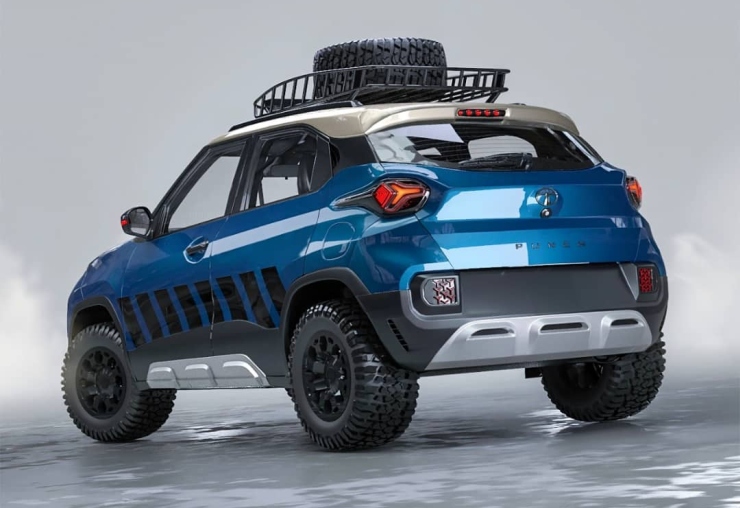 It is important to note that this render is just an imagination of the artist. Tata Motors has not announced any off-road version of the Punch. Tata Motors only offers the Punch with a 1.2-litre, three-cylinder, naturally aspirated petrol engine that produces 86 PS of max power and 113 Nm of peak torque. It comes mated to a 5-speed manual gearbox or a 5-speed AMT. The AMT version also comes with TractionPro mode. 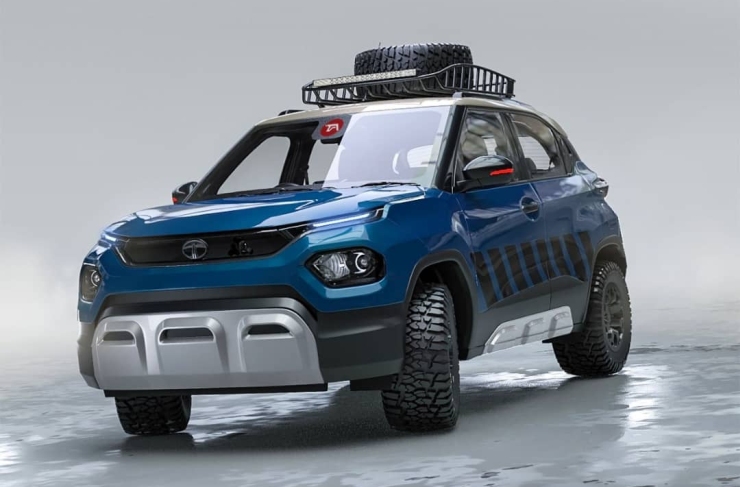 According to the rumours, Tata Motors is working on more powertrains for the Punch. It is expected that they will launch the Punch with a turbocharged petrol engine. This will be the same engine that we have seen on the Altroz iTurbo.

So, it will have a displacement of 1.2-litres. In Altroz, it produces 108 PS of max power and 140 Nm of peak torque. For Punch, the engine could be retuned. It will be offered only with the Creative and Accomplished variants. There would only be a 5-speed manual gearbox on offer.

A test mule of Punch was spotted at a fuel pump, filling diesel. So, it seems like the homegrown manufacturer is also testing the Punch with a diesel engine. It would be the same 1.5-litre, four-cylinder diesel engine from the Altroz. It produces 90 PS of max power and 200 Nm of peak torque in Altroz. However, it would be retuned for the Punch.