The Punch has been doing quite well for Tata Motors. It also has to compete against some of the premium hatchbacks. Moreover, for the same price as the Punch, you should be able to find a pre-owned Hyundai i20 Elite. Here, we have a small video, in which the host performs a drag race between the i20 Elite and Punch.

The video is uploaded on YouTube by Ashish Yadav. Both the cars are powered by a 1.2-litre, naturally aspirated petrol engine, are front-wheel drive and come with a 5-speed manual gearbox.

So, despite being less powerful on paper, it was the i20 that won all three drag races. A reason behind this could be that the 1.2-litre Revotron engine found on the Punch is known to be a bit underpowered and lethargic when mated to a manual gearbox. However, it does perform quite well for city duties when you mate it to the AMT gearbox that Tata Motors offer.

According to the rumours, Tata Motors is also working on a turbo petrol engine for the Punch which should improve the performance significantly. The engine will be derived from the Altroz iTurbo. On the Altroz the engine produces 110 PS of max power and 140 Nm of peak torque. For Punch, Tata Motors might retune the engine in favour of fuel efficiency. 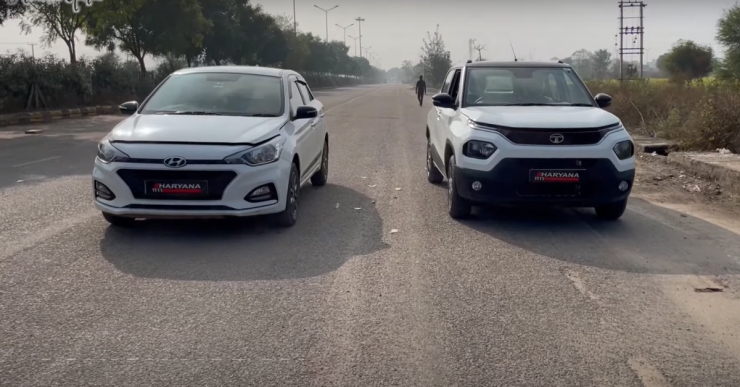 In the future, there could also be a Punch powered by a diesel engine. The engine could be the same 1.5-litre unit that we have seen on the Altroz. It produces 100 PS of max power and 200 Nm of peak torque on Altroz. There are high chances that Tata Motors will detune it to suit the requirements of the Punch.

Now speaking about the i20, Hyundai has discontinued the Elite i20. The new generation is simply called i20 and it might be the most feature-loaded premium hatchback that you can get in the Indian market.

The price of the new i20 starts at Rs. 6.98 lakhs ex-showroom and goes up to Rs. 11.47 lakhs ex-showroom. It is sold in four variants. There is Magna, Sportz, Asta, and Asta (O). The i20 goes against Maruti Suzuki Baleno, Toyota Glanza, Volkswagen Polo, Honda Jazz and Tata Altroz.

The post Tata Punch vs Hyundai i20 Elite in a drag race: Who will win? first appeared on Cartoq.Cartoq Read More