For many years now Tata Motors bringing in a new car in January has become a norm. This year Tata has introduced the iCNG variants of the Tiago and Tigor. These are the first CNG product from Tata in recent times after the likes of Tata Nano eMAX and the Indigo eMAX. Tata has also introduced a new top-end variant with the new CNG variants. We drove the Tiago CNG eMAX around and here is what we have to say.

At the first glance, no. You would not find any difference until it is in the new Midnight Plum colour or is in the top-end XZ+ variant. There are no visual changes that make the CNG variant look different. But with the new XZ+ variant, you get more chrome on the front grille, projector headlamp units with halogen bulbs and differently styled wheel covers that look like alloy wheels.

There is an “iCNG” moniker on the tailgate, which is nice because most manufacturers do not place many badges nowadays. So the Tiago iCNG looks identical to its petrol-powered variants. Interestingly, Tata offers the new XZ+ variant with the petrol variants as well. 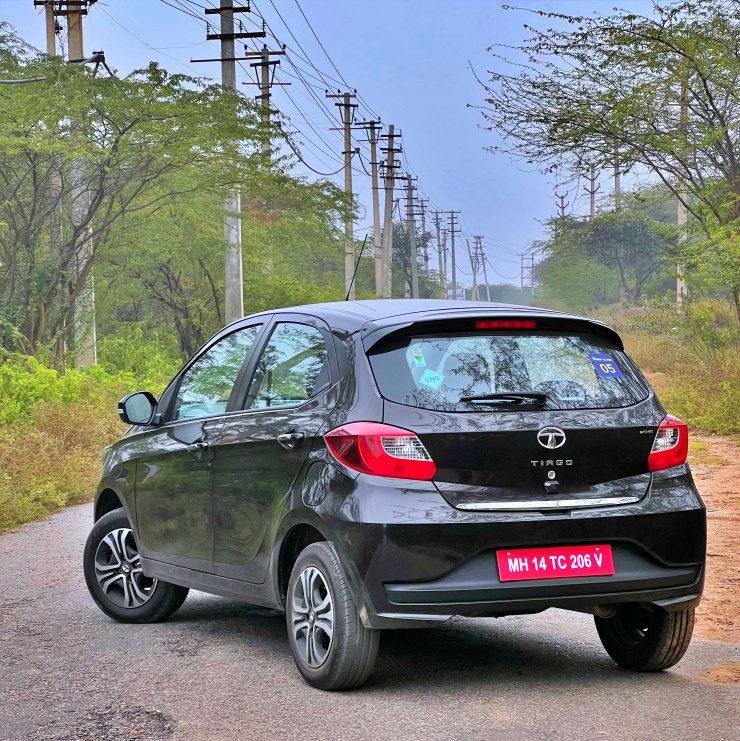 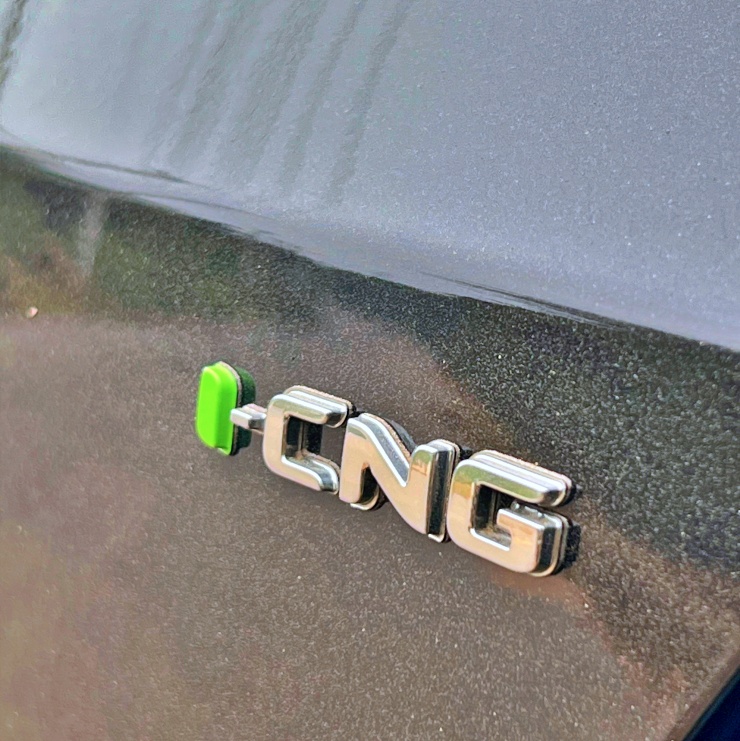 There are a lot of changes inside though. Starting with the boot, you will get a 60-litre capacity CNG that can hold 11 kg of gas. This eats up the boot space and leaves it unusable just like any other car with CNG. The tank is made up of high-grade steel and there are several measures if there’s a leak. The tank is corrosion resistant and in case of a leak, it alerts the driver and cuts the supply. In case of a fire, the CNG tank releases all the content in the atmosphere. The car can’t start when the fuel lid is open. 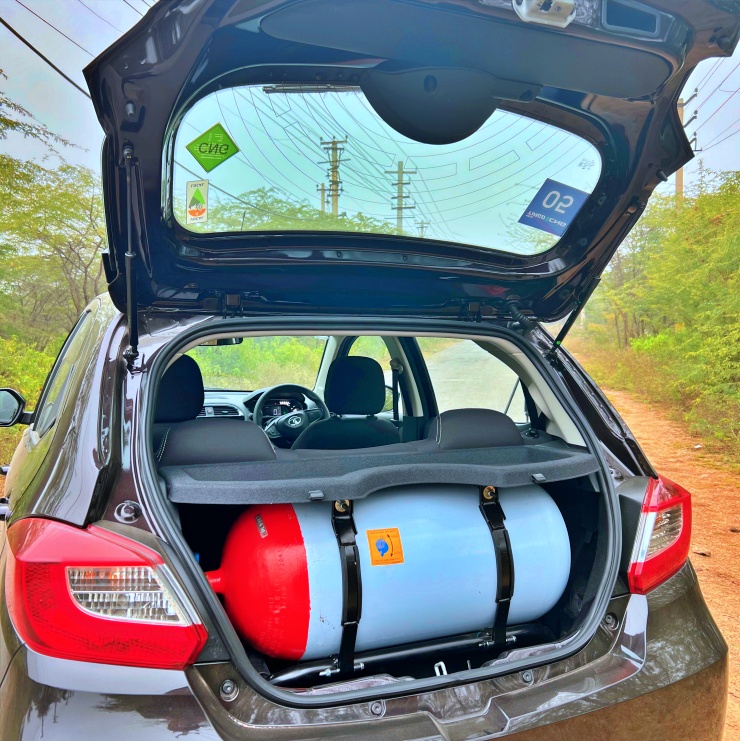 Now coming to the dashboard, you get a new dual-colour theme. The instrument cluster and all the other buttons are still at the exact same place. But there are a few tweaks for the CNG variant. Tata has smartly tweaked the instrument cluster and has added the CNG gauge and other warning signs seamlessly to the same. Even the digital display shows warning signs and actions like “close fuel lid to start the car.” 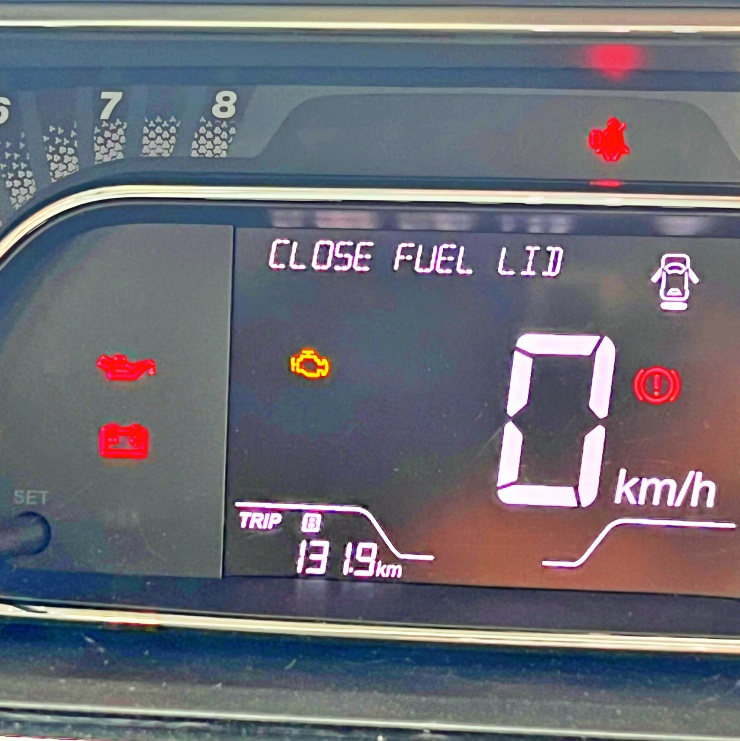 The button to control the driving modes has now become a switch between petrol and CNG mode. With the top-end XZ+, you also get an automatic climate control system with the Tiago iCNG. But that’s about it.

Tata Tiago iCNG; How is it to drive? 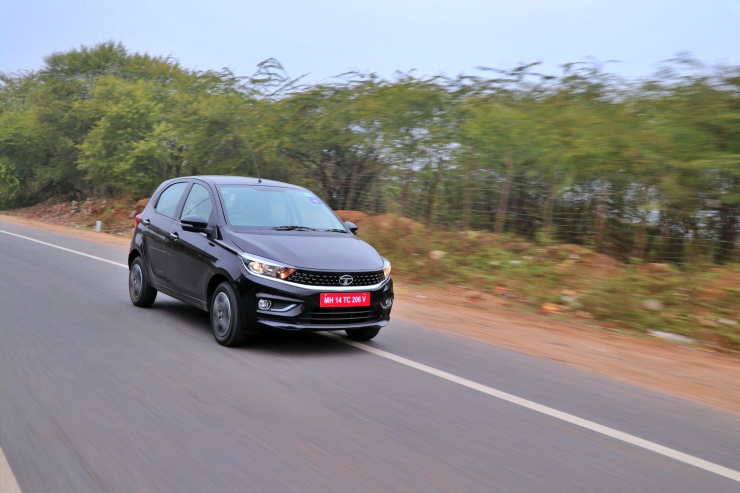 Mechanically the car remains the same as well. But it is about 100 kg heavier than before because of the CNG kit. To counter the extra weight, Tata has re-tuned the suspension and made them stiffer as well. This also helps the Tiago iCNG to maintain almost a similar ground clearance.

The 1.2-litre three-pot engine remains the same. In the CNG version, it makes substantially less power at 72 Bhp and 95 Nm. We drove the car for about 60km inside the city limits and we did not feel that the power is missing. It generates ample low-end torque that keeps the car going at the speed limits without any push. Tata claims that the Tiago iCNG offers the highest gradability in the segment. While we could not test the same in the mountain roads, we did not find any lag or the car being underpowered while climbing the flyovers in Delhi.

We switched between CNG and petrol several times during the drive. The switch is instant and you do not feel anything apart from a hiss that the gas makes. Also, there is not much difference in power delivery between the petrol mode and CNG mode.

Tata Tiago iCNG; Should you buy? 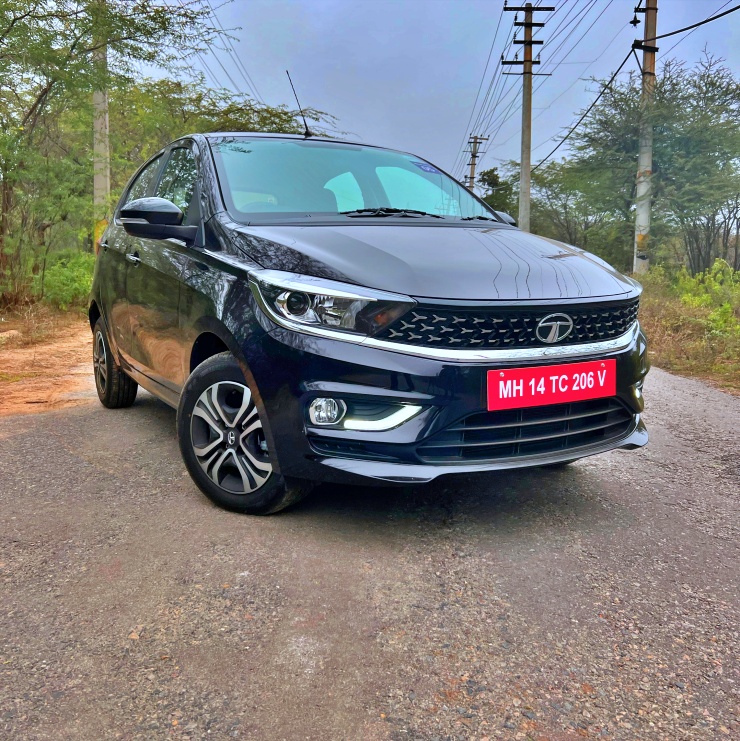 Tata is the first manufacturer to offer CNG variants with top-end trims. This is new and will attract a lot of customers. Also, Tata has made the car hassle-free by offering features like starting the car in CNG mode without switching to petrol will make sure that the first-time CNG car buyers do not have to learn new things to own a CNG car.

It is a great city car and will attract a lot of youngsters who are looking for good performance on a budget. Priced Rs 90,000 more than the standard version, the Tiago iCNG is a value-for-money deal. What do you think about it? Do let us know in the comments below.