Maniesh Paul, known for his TV anchoring has bought an all-new Mercedes-Maybaacgh GLS600. The luxurious SUV costs Rs. 2.47 Crores ex-showroom. The GLS600 is finished in a nice dual-tone paint shade of blue and silver. 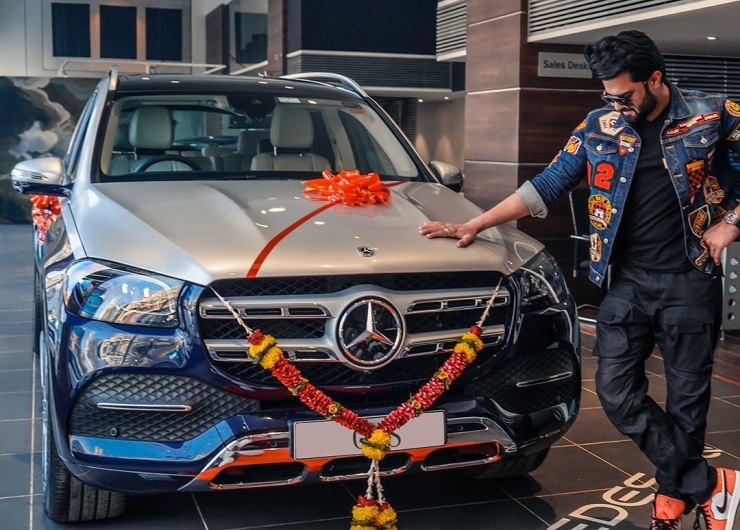 The GLS600 was brought to India in limited numbers and all of them are sold out. The SUV got quite famous and many actors own it. Many people consider GLS600 to be a mansion on wheels. 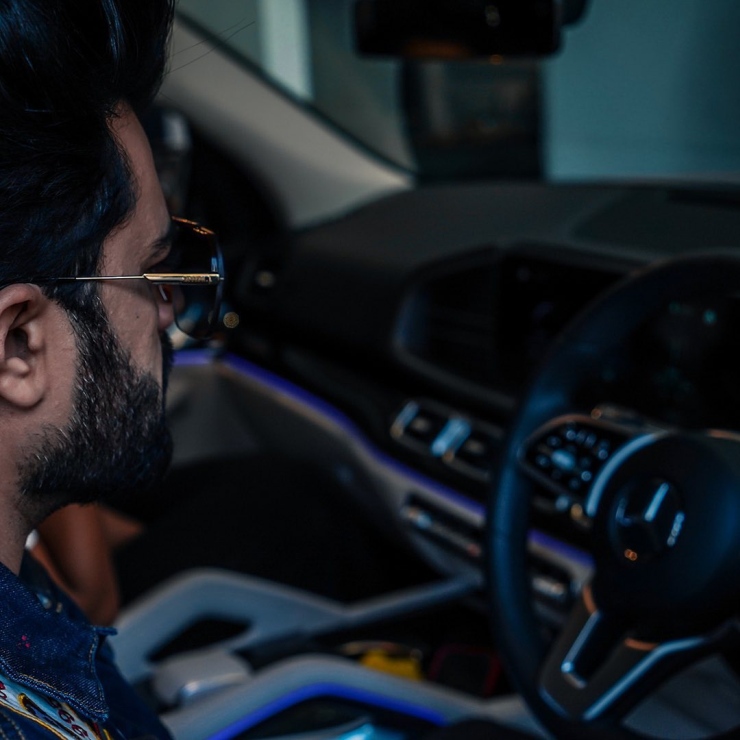 Maybach has made specific changes that ensure that people are able to distinguish the GLS600 from the regular version. It gets a Maybach specific grille and 22-inch alloy wheels that are also exclusive to Maybach vehicles. There are also Maybach badges on the rear pillars. As we can see, the Maybach GLS600 uses a lot of chrome. 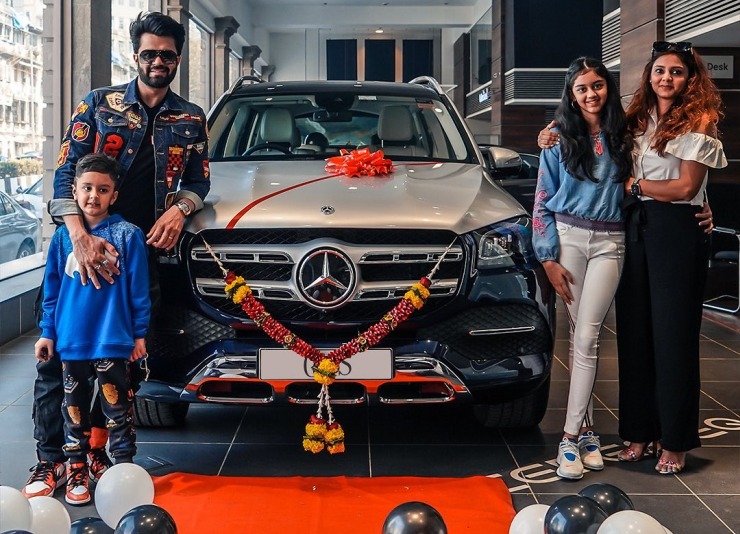 Mercedes has equipped GLS600 with a plethora of features. It gets electric adjustment for all the seats, there is also a massaging function, cooling function and heated function as well. The rear occupants get their own entertainment screens. You can also opt for a rear refrigerator to store champagne bottles and silver champagne flutes. The entire cabin is wrapped in Nappa leather and the panoramic sunroof lets in a lot of light in the cabin.

The driver gets a digital instrument cluster, a multi-function steering wheel and Maybach logos on foot pedals. There is a large touchscreen infotainment system, ambient lighting and a 360-degree parking camera, push-button to start/stop the engine, keyless entry etc. Moreover, because it is a Maybach vehicle there are plenty of customization options available. 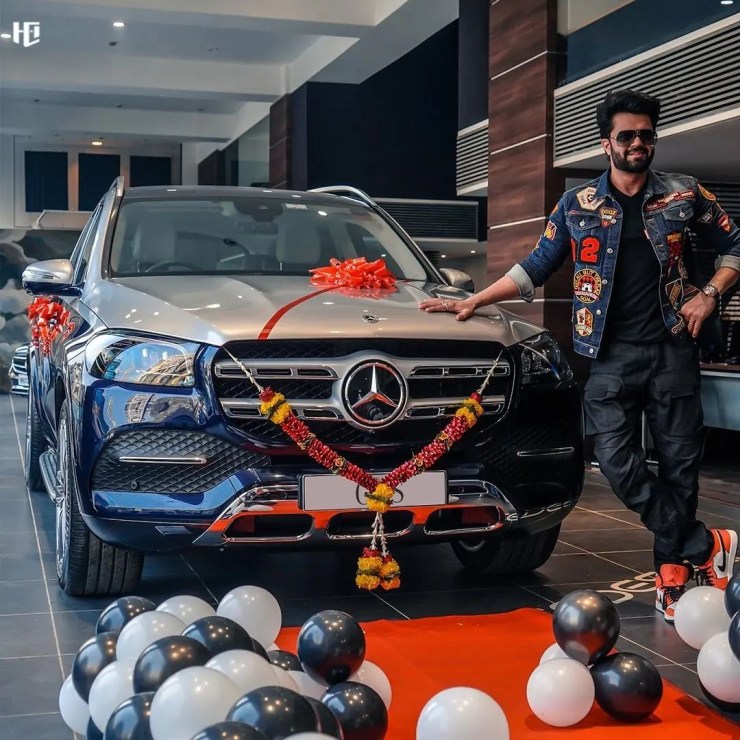 Maybach is using an AMG derived 4.0-litre V8 that has been twin-turbocharged. It produces 557 PS of max power and 730 Nm of peak torque. The engine comes mated to an automatic transmission that drives all four wheels. There is also a 48 Volt mild-hybrid system that produces an additional 22 PS of max power and 250 Nm of boost. The system helps in providing a boost while overtaking or at slow speeds. This helps in improving fuel efficiency and decreasing emissions.

Bollywood actors that own GLS600 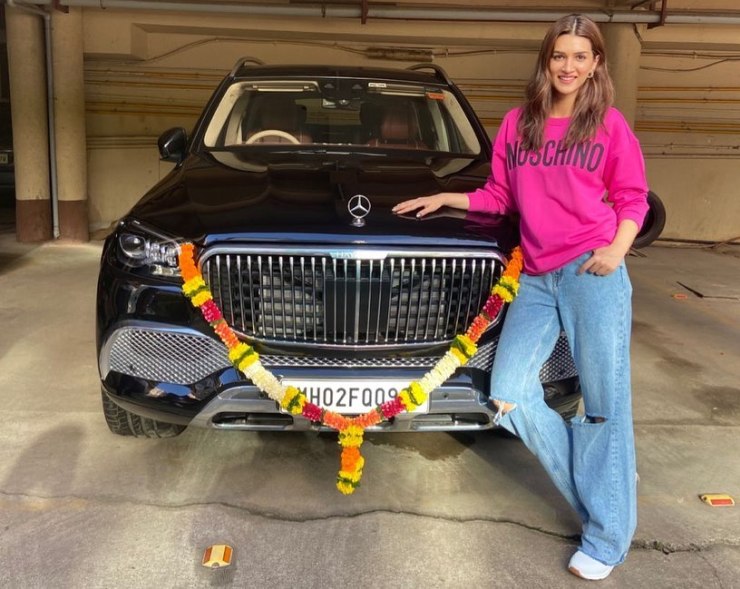 Kriti Sanon is the only female actress in India to own a GLS600. Her SUV is finished in a single-tone blue colour. Before the GLS600, she was spotted in an Audi Q7 finished in white colour. Moreover, she also used to own a BMW 3 Series. 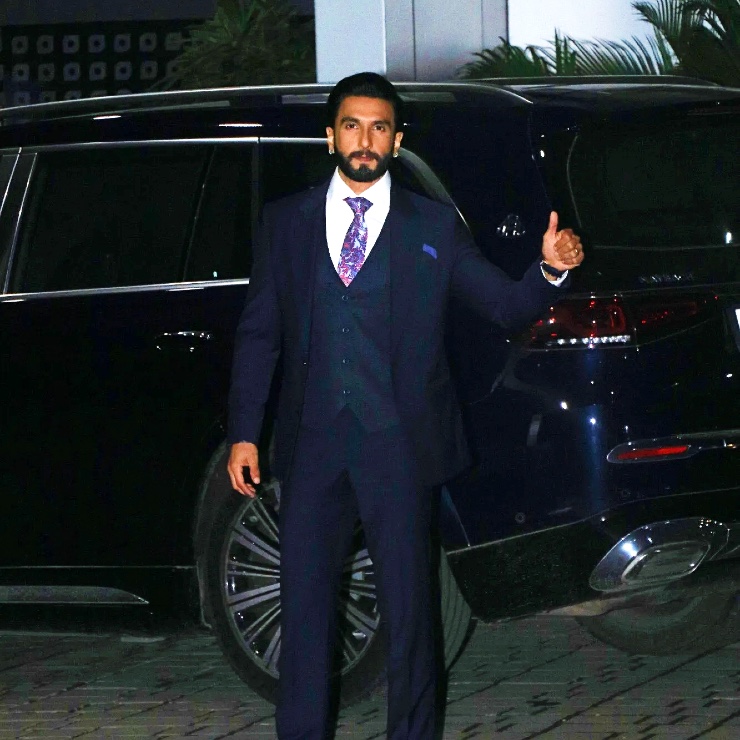 Ranveer Singh got himself a GLS600 finished in Cavansite Blue which is the same colour as the Kriti Sanon’s GLS600. He got the SUV on his 36th birthday last year. He also owns a Jaguar XJ L, Lamborghini Urus and an Aston Martin Rapide. 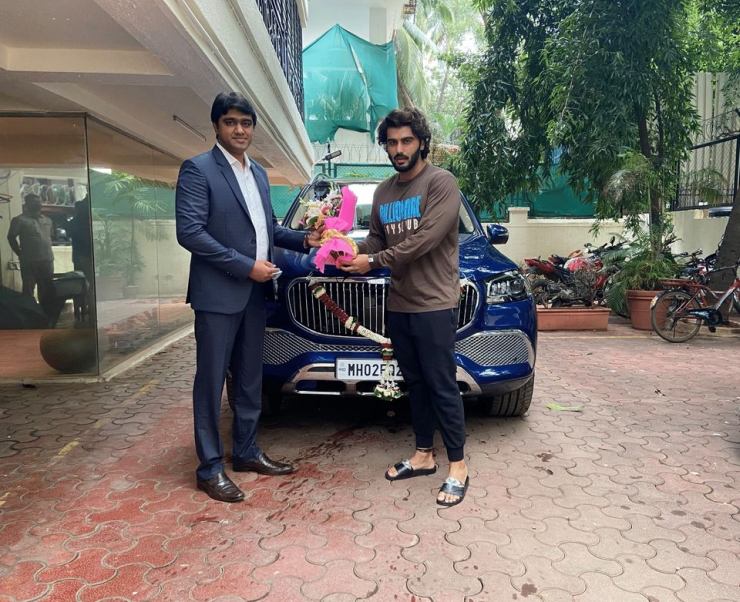 After Ranveer Singh, it was Arjun Kapoor who bought the GLS600 but he opted for a different shade of blue. Ranveer and Arjun are close friends. Arjun also owns a Land Rover Defender and a Maserati Levante. 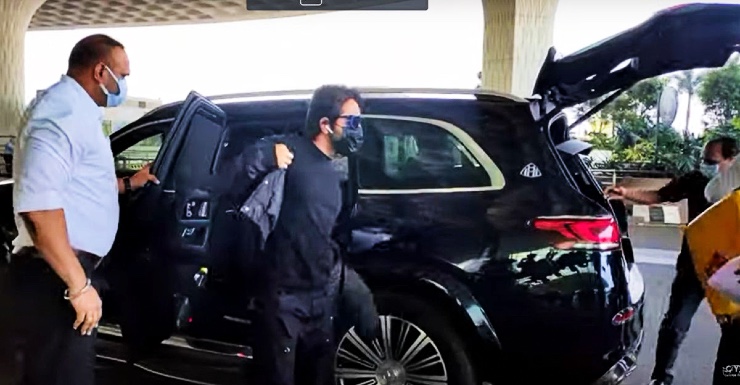 Ayushmann Khurrana bought a black coloured GLS600. It seems like the SUV is his new daily driver. Before the GLS600, Ayushmann used a BMW 5 Series, Mercedes-Benz S-Class and Audi A6.