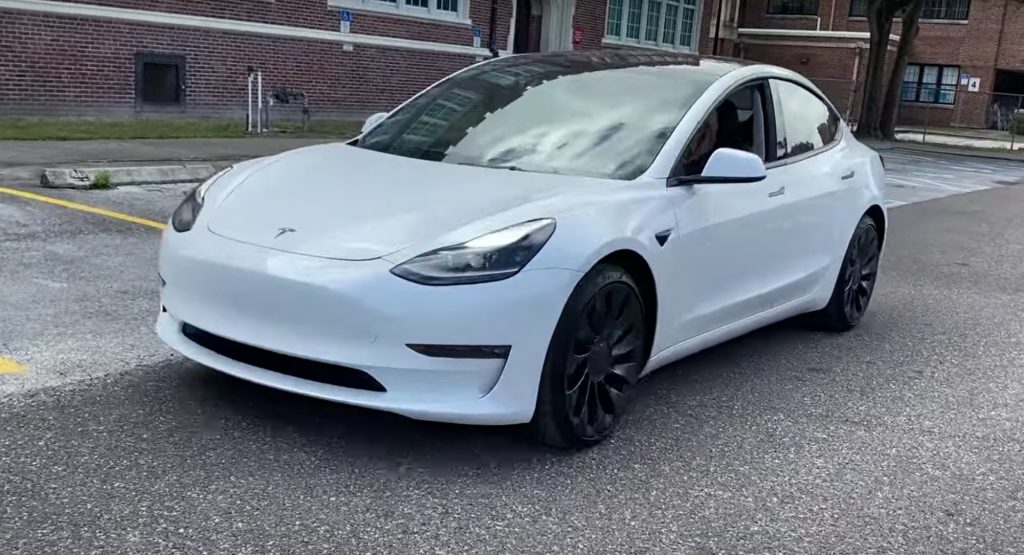 Tesla is in the news all the time with headlines spanning the scale from amazing to astonishingly bad though. For every report lauding something like the Model S Plaid and its ridiculous speed, there’s another about a major flaw or issue. Sometimes the news is just a result of Elon Musk saying or doing something unexpected but today, the news is the kind of thing no new car customer wants to experience.

According to a report from The Drive, one customer received her new Tesla Model 3 on December 19 only to find out that it was sent to her while missing a brake pad. Just a day after receiving the car, she contacted Tesla to let them know that something didn’t sound right. She shot a video of the car and sent it to them and received this response: “The brakes sounded normal for a performance Model 3.” Have a quick listen to the video below and you tell us if that sounds normal to you.

Read Also: The Hack Of 25 Teslas Around The World By A Teenager Isn’t What It Sounds Like

Response from Tesla was that the “noise was normal.” Obviously, nothing is normal about the noise. At this point, I thought there must be a rock or pebble stuck between rotor and dust shield. So, I drove the car to an independent shop to have the wheel inspected. pic.twitter.com/FaT4KKAsKi

In any case, after Tesla initially told her that it would be weeks before they could offer her an appointment to see the car, she decided to take it to an independent Tesla shop on December 23. Upon removing the wheel the technician found that there was no brake pad whatsoever on the inside rear driver’s side brake rotor. The caliper itself was simply pressing into the rotor. In case this is your first time hearing of such a thing, let me tell you, both the rotor and the caliper were properly ruined.

Some might rightfully wonder if there’s any other possible explanation. Could the pad have somehow fallen out after installation? Could the shop somehow be responsible? No, and no, and I can say that because pads can only fall out when they’re so used up that they can slip out between the caliper bracket and the rotor. The shop can’t be at fault because the car was making the noise from the day the owner received it.

To add insult to injury, the team at Tesla has handled this situation like it’s the very first time anything has ever gone wrong with one of their cars. First, they didn’t offer her a loaner, supplying her instead with Uber credits. Then, when they finally did offer her a loaner, it had expired tags. Now, after at least three delays since the parts weren’t available, they’ve pushed her repair back to at least January 19. That’s officially a month after getting the car to begin with. How Tesla missed this is anyone’s guess, but it must have been an oversight at the assembly line.

Waited almost a week to be given a loaner and now it’s been more than 3 weeks since the car was towed to the SC. They say they’re “waiting on parts” and continue to push the ETA back each week. If Tesla can build and ship new cars, why can’t warranty repairs be made?