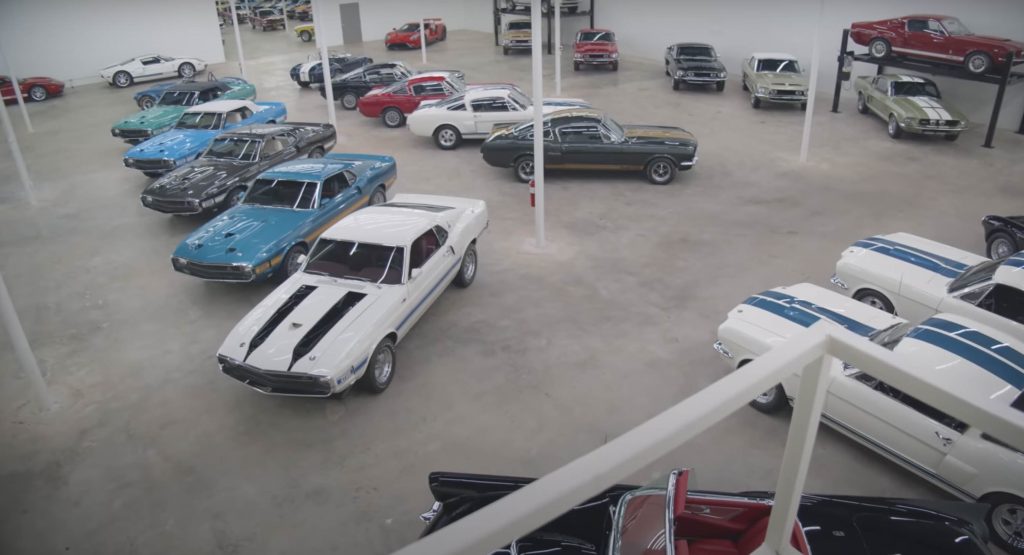 It’s no surprise to even the most casual car enthusiast that Mustangs have a huge global fan base — it is, after all, the very definition of the pony car. But surely nobody would ever dedicate in excess of 40 years of their life to collect over 200 of Ford’s finest? Well, meet Gary Thomas, the man holding the keys to what could be the most impressive Shelby Mustang collection in the world.

Mr. Thomas has an extensive collection of iconic Fords, some dating back to the 1930s while others are as recent as 2020. But while his collection does see a variety of vehicles from hot-rods to hypercars and supercars, they mainly consist of Shelby Mustangs. What’s even more impressive is that almost every vehicle owned by Mr. Thomas has a unique story.

Take, for example, the beautiful 427 Cobra that he talks about. Apparently, the car was on the set of the iconic film Ford vs Ferrari and was to be presented as the main prize at a raffle draw. Mr. Thomas had just purchased a few tickets with the expectation that his money were to be used for a good cause, but wounded up with the winning ticket among 18,000 others. Oddly, if Gary Thomas wasn’t looking for an iconic Shelby, it just might be looking for him.

On the opposite side of the garage consisting of almost every version of the early Shelby Mustangs sits a collection of cars that represent a more historical story of Ford, as Gary Thomas Walks us through his line-up of hotrods and roadsters that were produced between the early 1930s to the 1950s, including the first-ever vehicle he learned to drive: a 1942 Ford tractor that belonged to his grandfather. Each individual example is absolutely stunning and seemingly flawless, transforming Mr.Thomas’ garage into a veritable Texas-based Ford museum.

Part three of the Gary Thomas garage tour video takes us through a series of standard Ford Deluxe coupes sitting alongside a couple of straight-rods with some of the most recognized color options, as well as a fourth room with an array of MK-1s, a few project Mustang bodies that are currently in the process of restoration, and a 1993 Ford Lighting that caught the collector’s eye when he was working as an engineer in Midland Texas. Oh, there’s also a 1993 Cobra SVT with just 1200 miles sitting next to it.

Unfortunately, even a three-part video couldn’t really cover the entire 40-year collection, in fact, he didn’t even touch on some of the modern models even though you just about catch a glimpse of them at some point during the tour, but whatever we did get the chance to see was truly unique, and came with a story that only Gary could tell. As of now, Gary Thomas announced that he will be auctioning off a part of his collection, so for those of you out there who were wowed by the examples in the video, you just might have the chance to own one.