The Tumbler from Christopher Nolan’s Dark Knight trilogy is arguably the craziest-looking Batmobile ever made, inspiring many people to build different kinds of replicas. The latest example is the first fully electric Tumbler in the world, and it’s for sale.

The man behind the project is artist Nguyen Dan Chung, owner of the Macro Studios cosplay company that’s known for creating superhero costumes. In order to build a fully operational vehicle, Nguyen assembled a team of designers, architects, mechanics, and engineers. After completing the first ICE-powered prototype, he decided to give it a more sustainable powertrain, thus going electric.

Watch Also: Who Else Wants To Terrorize Traffic With This Road-Legal Batman Tumbler?

​The body of the replica is made of ABS, composite, steel, and carbon fiber panels, based on a steel tubular frame. Some parts were handcrafted while others were 3D-printed for a closer resemblance to the original. The front wheels feature 13-inch rims shod in 22-inch tires, while at the back we find four 18-inch rims shod in massive 33-inch tires.

The vehicle measures 3.7 m (145.7 inches) long which makes it more compact than a supermini, but with a width of 2.4 m (94.5 inches), it is not ideal for regular parking spaces. The height is only 1.3 m (51.2 inches) contributing to the unique proportions. Overall, the EV Tumbler looks very similar to the movie car, besides the slightly smaller wheels, the blocked dummy exhaust, and small differences in the intakes and aero components.

See Also: Get A Load Of The Batman’s New Batmobile In Latest Trailer 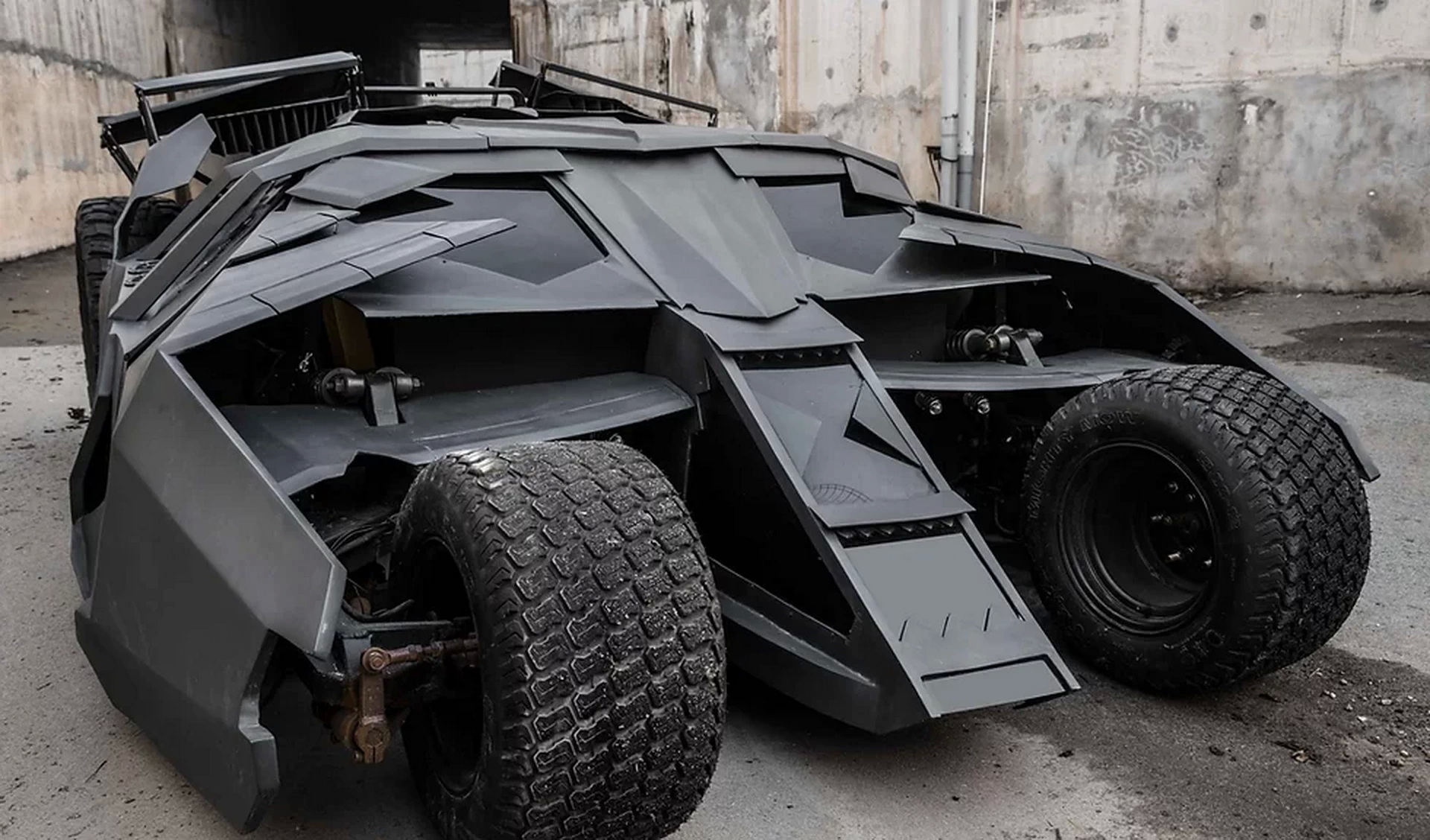 Getting inside seems like a hurdle, although both hydraulic doors open automatically via remote control. The cabin has room for the driver and one passenger, with monitors for a Batman-style experience. As with the original Tumbler, the windows are tiny and the blind spots huge but thankfully there are four cameras allowing a nearly 360-degree view of the surroundings.

Despite its tank-like appearance, the vehicle weighs less than 600 kg (1,323 pounds). The low weight is beneficial for the EV conversion, although the massive tires with dualies at the back are not ideal for its electric range. We don’t know the specs of the electric motor and the lithium-ion battery but the top speed is 65 mph (105 km/h), which is not bad for such a vehicle. It also means that owners will get the chance to feel like a zero-emission, eco-friendly Batman / Bruce Wayne at highway speeds.

The electric Batmobile is offered for sale by a Vietnam-based automotive gallery called Van Daryl. At the moment we don’t have any information on pricing but the official website has an inquiry form for prospective buyers. It is unclear if the vehicle is road-legal but in any case, it’s not the ideal vehicle to drive in traffic.