A new code of conduct is being imposed on private car park operators, making parking fairer for drivers

Lower parking fines, permitted grace periods and a single appeals service are among the measures contained in a new code of practice for private car park operators.

Intended to clean up the sector, the code outlaws opaque parking rules and heavy-handed demands for payment, and permits innocent errors such as incorrectly entering a car’s registration to count as grounds for appeal. Launched in February, operators are expected to fully adhere to the code by the end of 2023, by which time the new single appeals service is expected to be operational.

“Parked in Padstow on 19 December and paid for a full day’s parking. Received PCN [parking charge notice] as ticket not fully displayed on screen (caught by wind when closing door?); however, 50% visible. Appeal rejected, not because of non-payment but because ticket only partially visible.”

“Received a PCN for apparently overstaying at Daymer. Stupidly went by the time on the actual displayed parking ticket, not aware that they take photos on entrance and exit. Which is useless, as on a busy day it can take 20 minutes to be marshalled to a space, walk to only one ticket machine that was working, realise app is not working, queue up and finally get ticket and place on windscreen; and on exit queue to get out.”

Sourced by Autocar from a popular reviews website, experiences such as these are why the new code is necessary, believes the RAC, which campaigned for its implementation.

“Since clamping was banned on private land, there has been a shift to ticketing instead, with the number of parking charge notices being issued rising year on year at alarming levels,” it says. “While some of these are justified, others are not, and sadly in many cases drivers simply pay up in fear of the consequences, particularly given that follow-up letters can use threatening and intimidating language.”

Did you spot that reference to parking charge notices? Not to be confused with the penalty charge notices that local authorities serve (confusingly, both are abbreviated to PCN), around eight million are issued each year. Before the introduction of the code, the maximum fine (in reality it’s an invoice for breach of contract, but the effect is the same) was £100, or £60 if you paid in 14 days. Now the maximum fine is £70 or £50, depending on the seriousness of the breach. 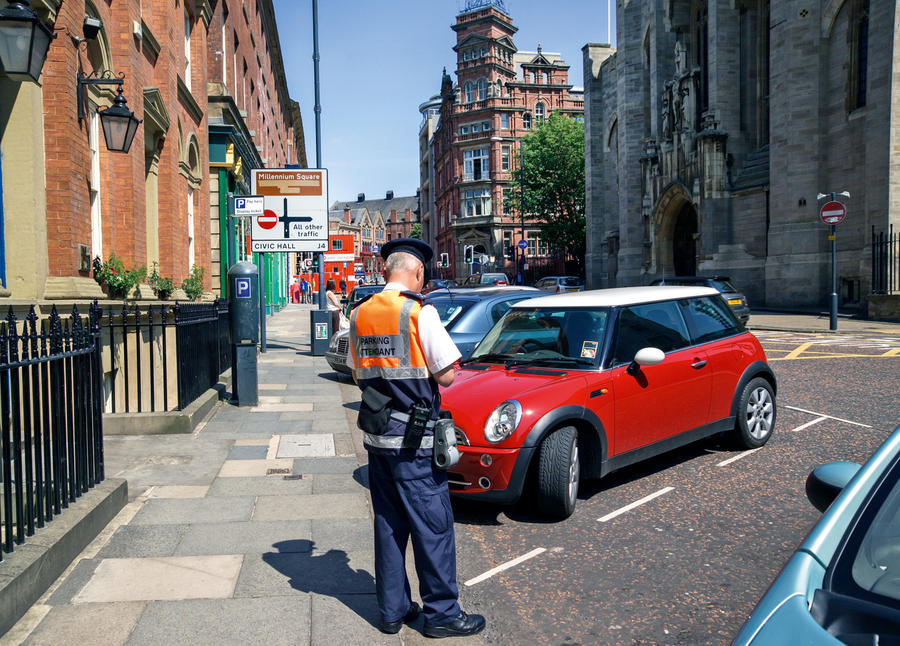 Most operators belong to one of two trade associations: the British Parking Association (BPA), which represents around 120 firms, and the International Parking Community (IPC), which represents about 90. In order to identify vehicle keepers, their members are permitted to purchase vehicle keeper records from the DVLA at a cost of £2.50 per application. Any operator that flouts the new code will be banned from accessing this information.

At present and until the end of 2023, when the new single appeals service is expected to be live, each trade body has its own appeals service. The BPA’s is called Parking on Private Land Appeals (Popla). It was founded by the organisation in 2014 but is now operated by the Ombudsman Services, an independent body that provides dispute resolution services and is approved by government regulators Ofgem and Ofcom. Two in 10 PCNs issued by BPA members are appealed and half of those are then cancelled.

The IPC’s appeals service is called the Independent Appeals Service (IAS). It is owned by the IPC, but founder and CEO Will Hurley insists that it’s independent. He says: “As a Chartered Trading Standards Institute-competent authority, it is properly accredited, and we strive to make sure that it is genuinely independent.”

The IAS cancels around a quarter of the tickets that are appealed. “Many of them are cancelled due to mitigating circumstances,” says Hurley. “For this reason, I urge motorists who feel they have been wrongly ticketed to appeal and engage with us.”

Hurley supports the new code of practice but is concerned that a single, government-run appeals service will be expensive to operate. He is also concerned that reducing fines will dilute their deterrent effect.

Steve Clark at the BPA agrees: “We want to avoid the type of chaos seen at many seaside towns and beauty spots when lockdown eased last summer. Already eight million motorists are breaking the rules, which are for everyone’s benefit. Our research shows that reducing the deterrent level could see as many as 13 million parking charges issued as more people take the risk of ignoring them.”

Clark also criticises the abolition of the £70 debt-recovery charge: “Recovery firms are licensed credit brokers that can help people pay their fine in instalments. Now motorists will simply get a letter telling them they must appear in court in five weeks’ time.” 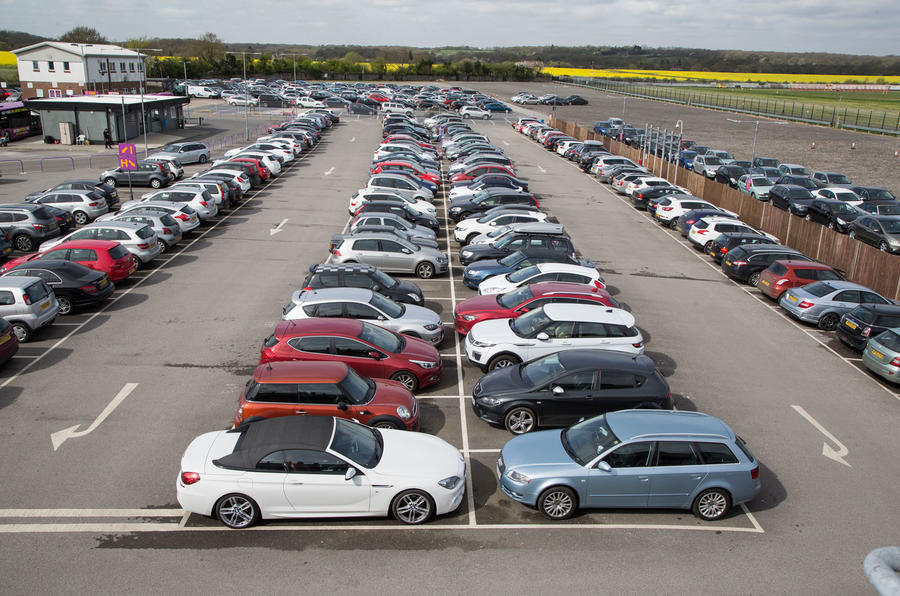 Both organisations applaud the new rules granting motorists five minutes to read a car park’s terms and conditions before their parking period commences and 10 minutes at the end to allow for their late return. They also support the elimination of fines for motorists who incorrectly enter their car’s registration and for disabled people who forget to display their Blue Badge.

With around a million signs requiring updating to reflect the new code, the associations’ members are going to be very busy between now and 2023.

How to appeal a fine

Until the new single appeals service is live, you should appeal directly to the issuing company if you have received a parking charge notice that you don’t agree with. Don’t pay the charge, since doing so could be regarded as an admission of liability. Citizens Advice recommends you support your appeal with evidence, such as a photo of an unclear parking sign or a hospital note saying that your appointment ran late.

If you are unsuccessful, contact the appeals service used by the association to which the operator belongs (that is Parking on Private Land Appeals for the BPA or the Independent Appeals Service for the IPC).

What the new parking code of conduct says 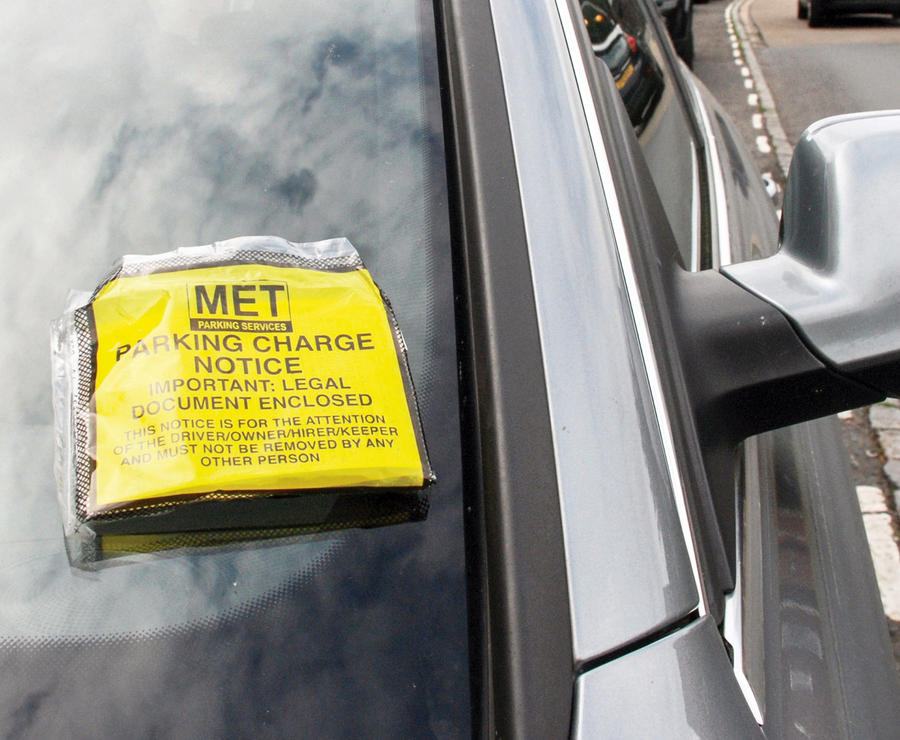 In England (but outside London) and in Wales, charges will be reduced from £100 to £70 or £50, depending on the seriousness of the breach.

The current £100 fines cap will remain in circumstances such as abusing Blue Badge bays or if a motorist is trespassing on private land. Motorists will be offered a 50% discount if they pay within 14 days.

Parking debt collectors will be banned from adding additional excess fees to the level of the parking charge, currently as much as £70.

Granting of a compulsory 10-minute grace period before firms can issue a late fine.

Granting of a compulsory five-minute cooling-off period in which a motorist can consider the terms and conditions and change their mind about parking.

A crackdown on parking firms using aggressive or pseudo-legal language to intimidate motorists into paying fines.

A requirement for parking firms to clearly display the pricing and terms and conditions of parking, contact details and how to appeal a parking charge.

New Appeals Charter will eliminate fines for motorists who make genuine errors or have mitigating circumstances.

Rogue operators that fail to follow the code could be banned from accessing data held by the Driver and Vehicle Licensing Agency.