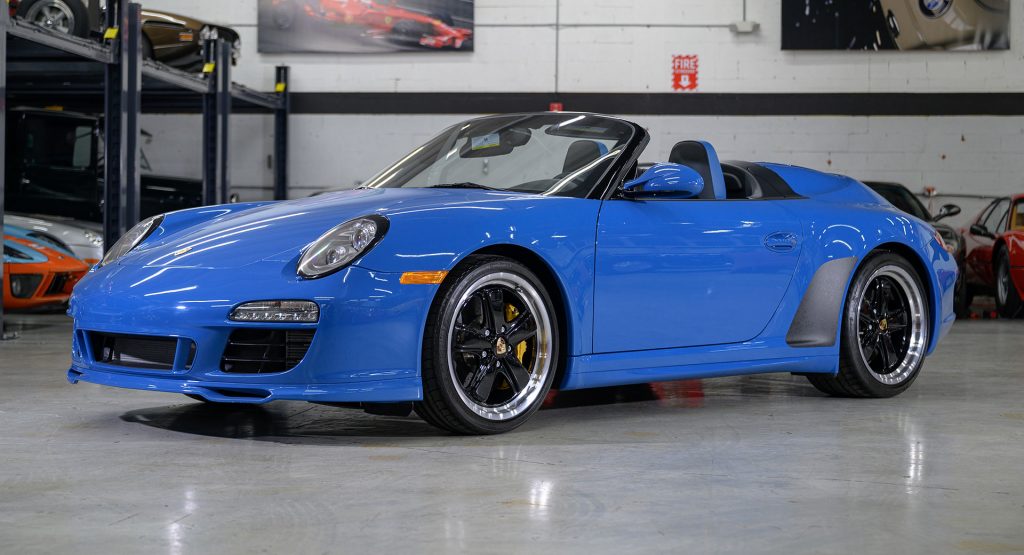 Porsche produced a dizzying array of 911 models throughout the car’s 997 generation and one of the most iconic is this: the 2011 Speedster.

The German automaker unveiled the car at the 2010 Paris Motor Show and a low-mileage example will be auctioned off by RM Sotheby’s later this month. No pre-auction estimate has been listed but a similar 911 Speedster fetched $324,000 at an auction in early March.

This particular 911 Speedster will be auctioned off by RM Sotheby’s at its Fort Lauderdale, Florida sales event. Of the 356 examples that were produced this is number 221 and is finished in Pure Blue, one of just two colors available for the car. 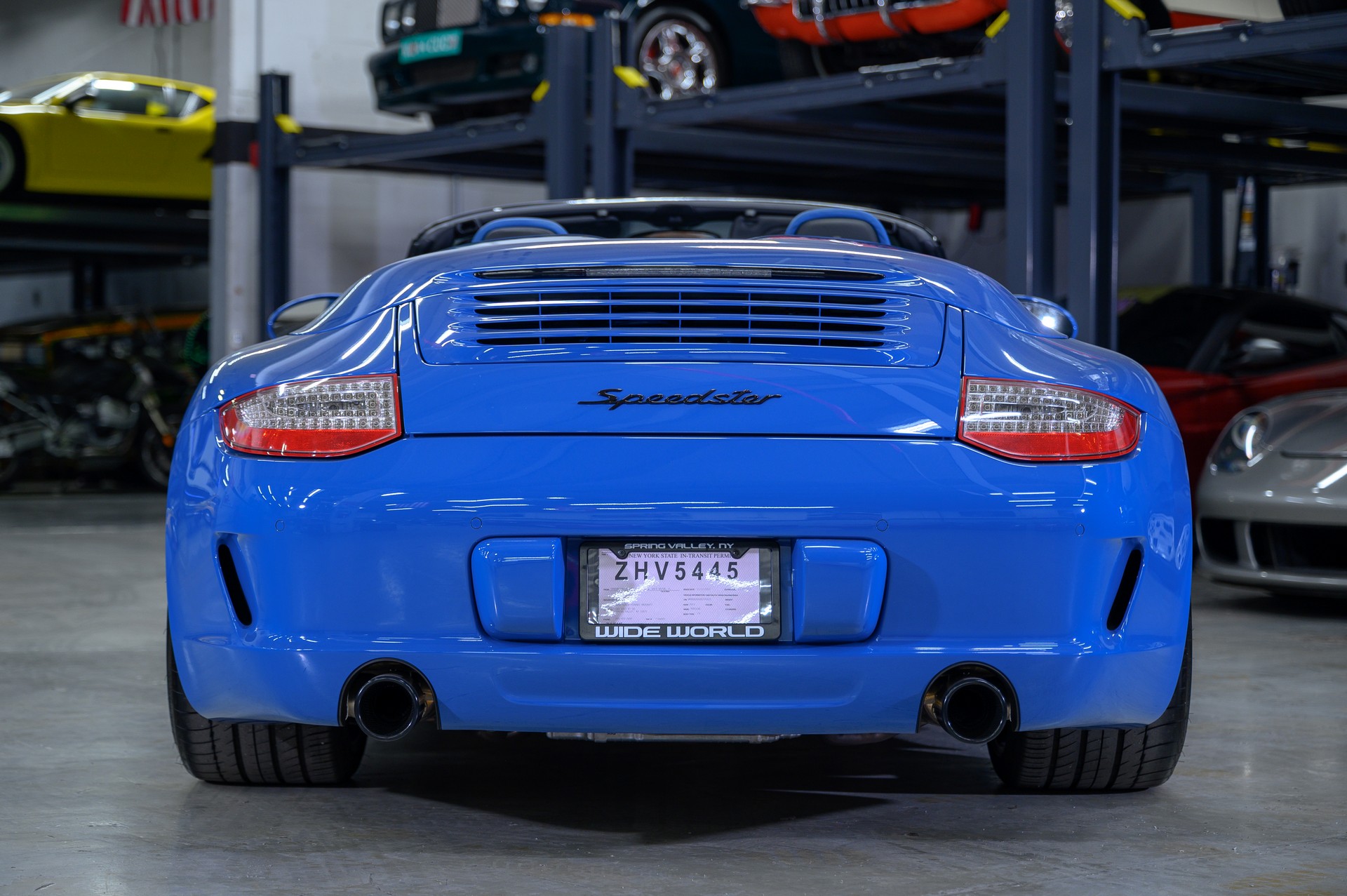 The listing reveals that the car was delivered to Fremont Porsche of Fremont, California in June 2011. Like all other 997-generation 911 Speedster models, it sits on a set of gloss black wheels with chrome edging and over a set of yellow brake calipers.

Customers who ordered the car could only have the cabin finished in black leather but making some parts stand out, including the air vent surrounds and parts of the dashboard, are blue accents painted the same color as the outside. The blue trimmings continue onto the sides of the seats.

As if the rarity of the car alone wasn’t enough to make it particularly appealing, it has also been driven just 2,450 miles (3,942 km) since new. Hopefully, it will be sold to someone who drives it more frequently than its three previous owners.