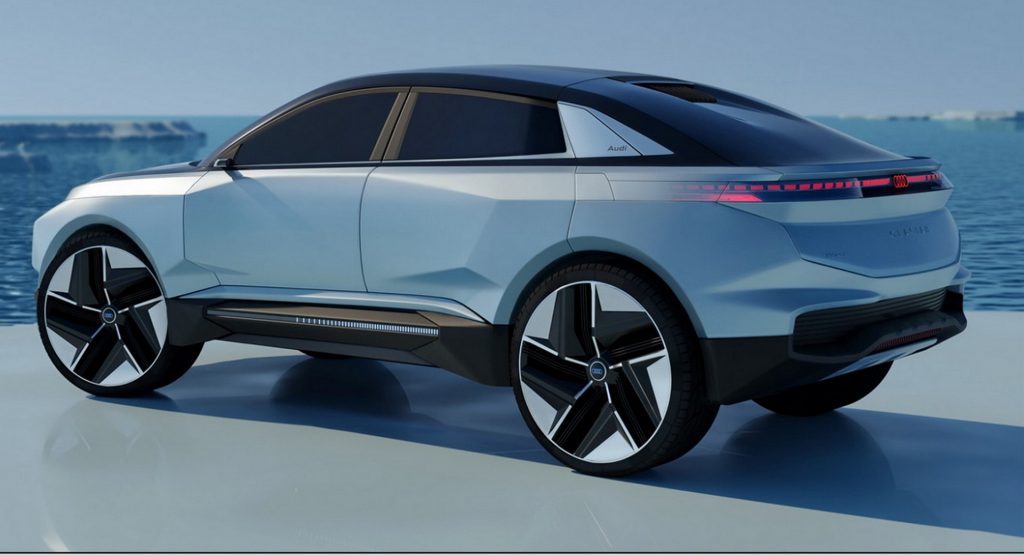 These are independent renderings for an Audi SUV by automotive designer Jeesoo Kim and are neither related to nor endorsed by Audi.

Although electric propulsion will take over the world in the not so distant future, it wasn’t that long ago that hydrogen looked like it might be the next major source of energy for vehicles. Indeed, Audi explored the idea for a long time with its h-tron concepts.

That is the context in which this rendering, from industrial designer Jeesoo Kim, exists. Attempting to match the fluidity of hydrogen propulsion’s only waste product, water, with the strict geometrical proportions found in Audi design, Kim found inspiration in the Arctic Circle.

Read Also: Citroen Space Tourer Is An Independent Study That Combines A Sedan, Sports Car, And Utility Vehicle Into One

The design is segmented into two parts comprising the top canopy and the lower body of the car. The top is all soft curves and flowing lines, and the roofline describes a gently arcing shape that speaks to the qualities of water. But that’s just the tip of the iceberg.

The lower half, meanwhile, follows Audi’s geometric tradition, with straight lines and big fender flares. More than just rooting this in the automaker’s long history, though, it is also inspired by the shapes that water makes when it freezes, connecting it to the themes of the top half of the car, too.

As with the latest high-tech Audis, the h-tron Glaciah also provides a great light show with its head and tail lights that can vary based on your mood. 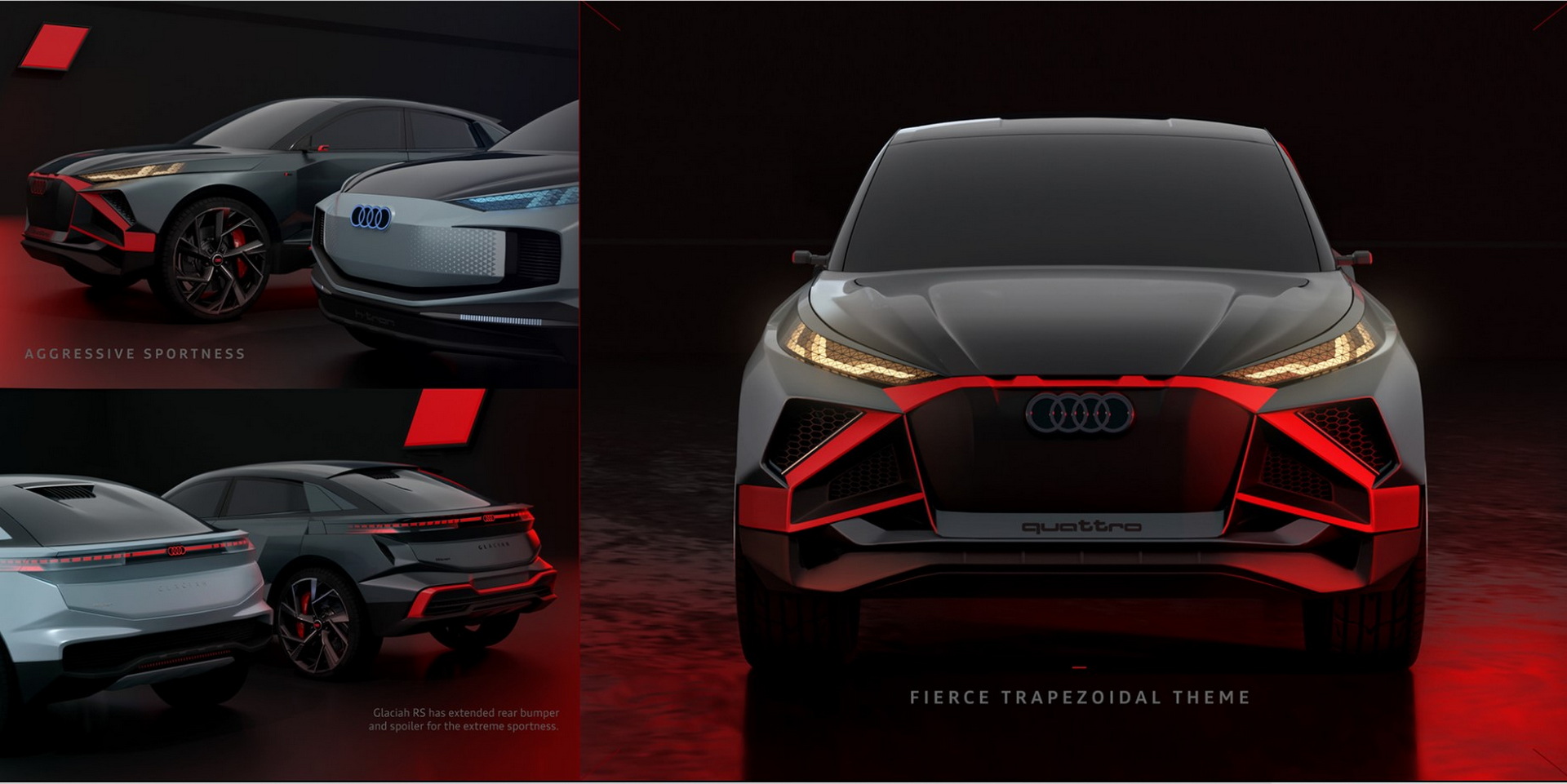 Jeesoo Kim has also imagined the concept as an RS model. With a more aggressive grille, an extended rear bumper, and a wealth of red accents (which, from certain angles, make it look a bit like a DBX), the h-tron Glaciah becomes decidedly more aggressive and looks worthy of Audi’s sporting badge.