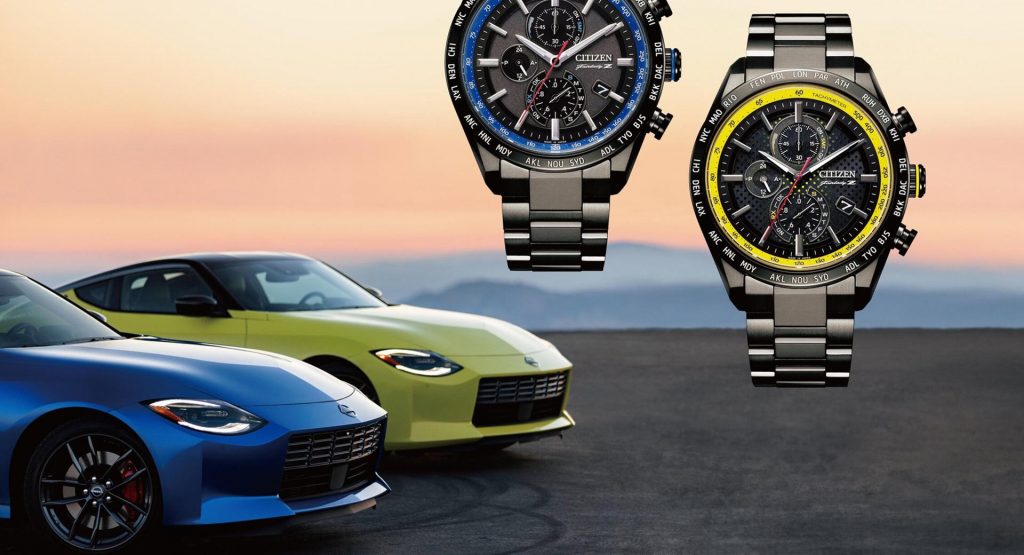 The new Nissan Z has yet to reach the hands of customers but if you want a little taste of the new sports car in the next couple of months, these timepieces could be right up your alley.

Currently available to pre-order and created by Citizen in collaboration with Nissan, the Fairlady Z watches are expected to ship on March 14. Two different color options are available; Serian Blue and Ikazuchi Yellow.

The watch features a black dial accented by silver hands, including a red second hand inspired by the redline on the Z’s tachometer. Additionally, the watch has a ‘Z’ mark on the crown and a Nissan logo on the case back. The watch also features Citizen’s Eco-Drive Atomic Timekeeping functionality that allows it to self-adjust to time and the calendar when traveling overseas. It does this by receiving local time signals in four different regions. 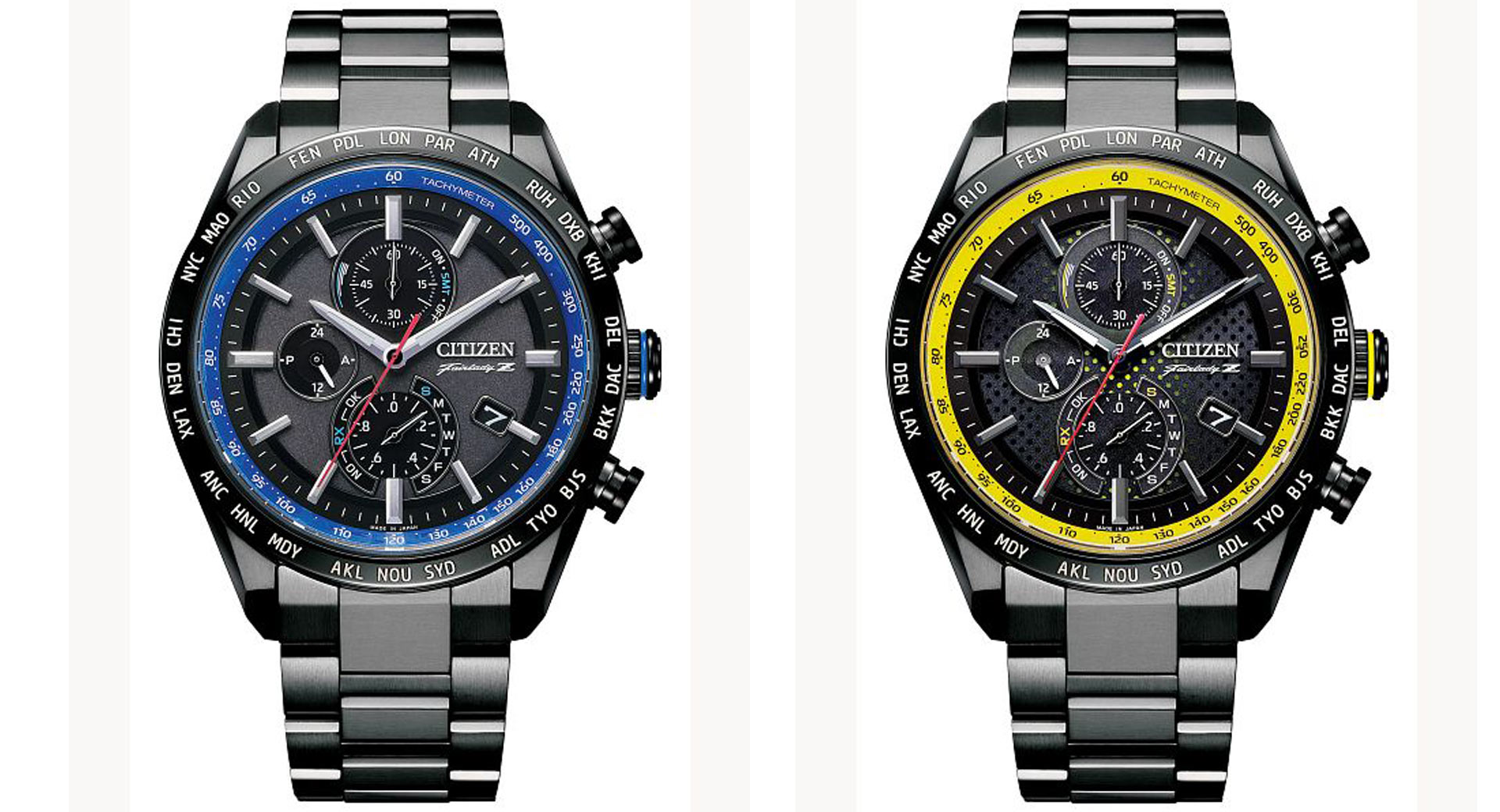 Accenting the black face is either the Serian Blue or Ikazuchi Yellow ring.

While the watches aren’t cheap with each priced at $2,495, they will be capped at just 3,400 units worldwide, split evenly between Serian Blue and the Ikazucki Yellow models. 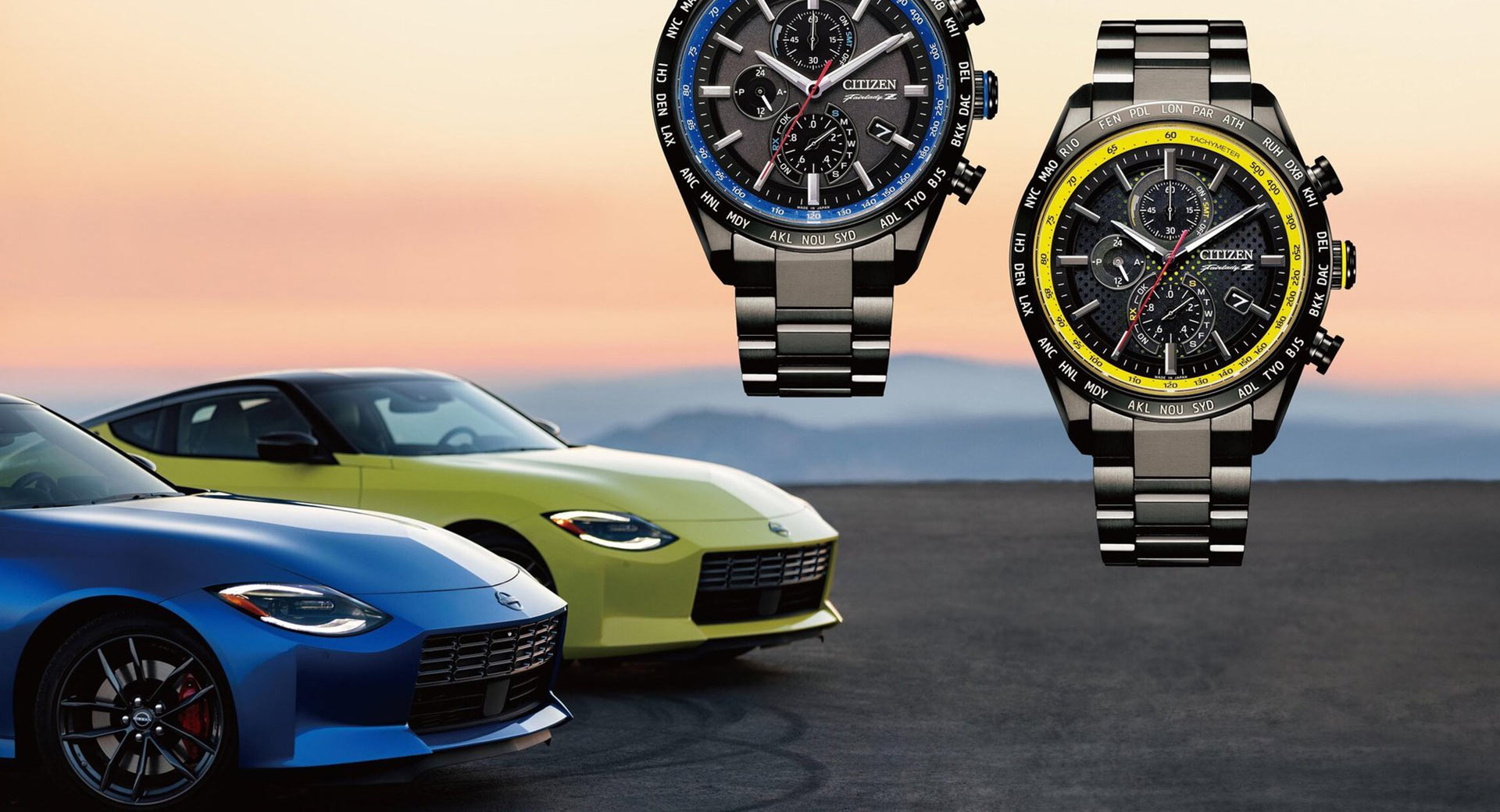