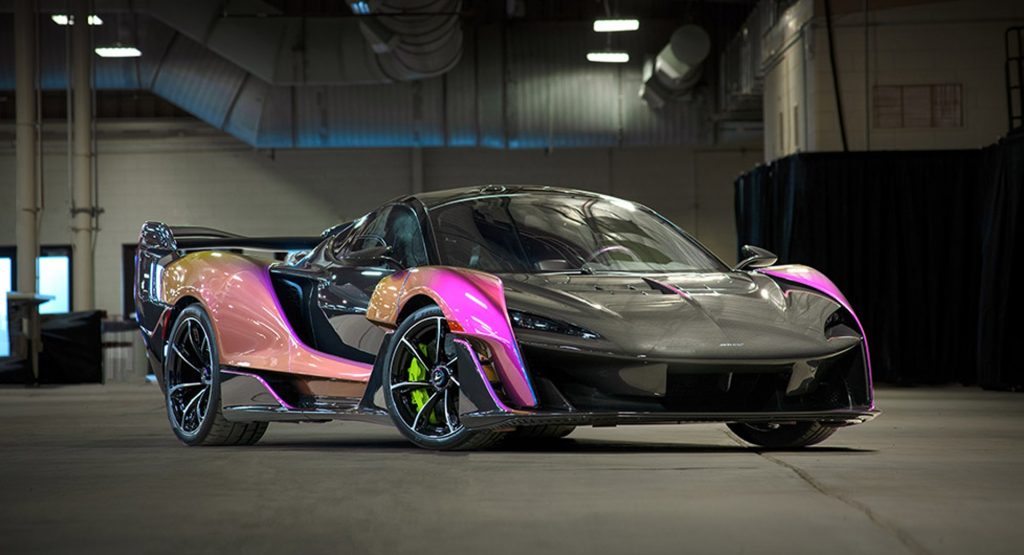 McLaren has always made fast cars but the Sabre is special for a whole lot of reasons. As one of the Ultimate Series supercars of the brand, it serves as a bold off-shoot of the already intense Senna. One example that just popped up for sale has low miles as well as one of the brightest paint jobs ever seen.

This example that’s now available through Barrett Jackson features an intense color shifting paint that changes from blue to purple depending on the angle at which you’re viewing it. McLaren calls it Pacific Colour Stream and it acts as a sort of accent color on top of the naked carbon fiber that makes up the rest of the exterior.

Read Also: The McLaren Sabre Is Just Like A Senna That Looks Better 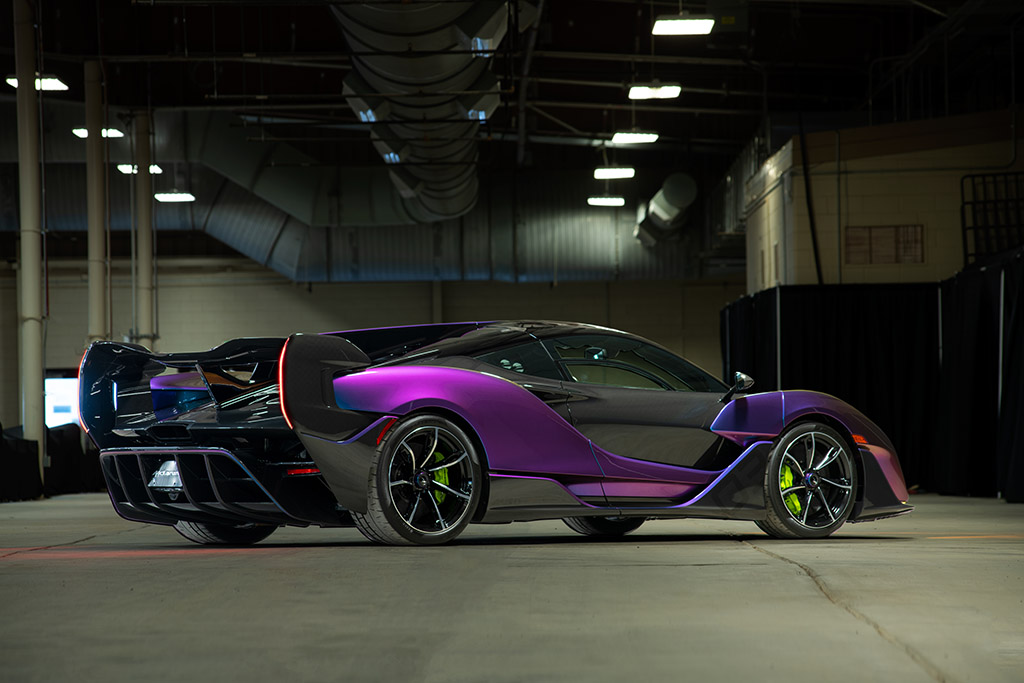 Thanks to the almost ghosted ‘3’ painted on the side and front of this car it seems to be the same one that YouTuber Shmee150 reviewed last May. Inside the car, blue accents are included in the stitching, the steering wheel trim, and other surfaces. And in fact, it’s not just the interior that shares the special paint. To access ports for the oil or fuel, there’s a small gas strut that opens the rear side window on each side of the car. Those struts are painted to match the exterior as well. That kind of attention to detail is no doubt a part of why this car’s window sticker attests to its $3,790,000 MSRP.

We’d love to know how much it goes for on the second-hand market but that’s unlikely to be made public. The sale isn’t a part of an open auction but we’re guessing that it hasn’t depreciated much, if at all.