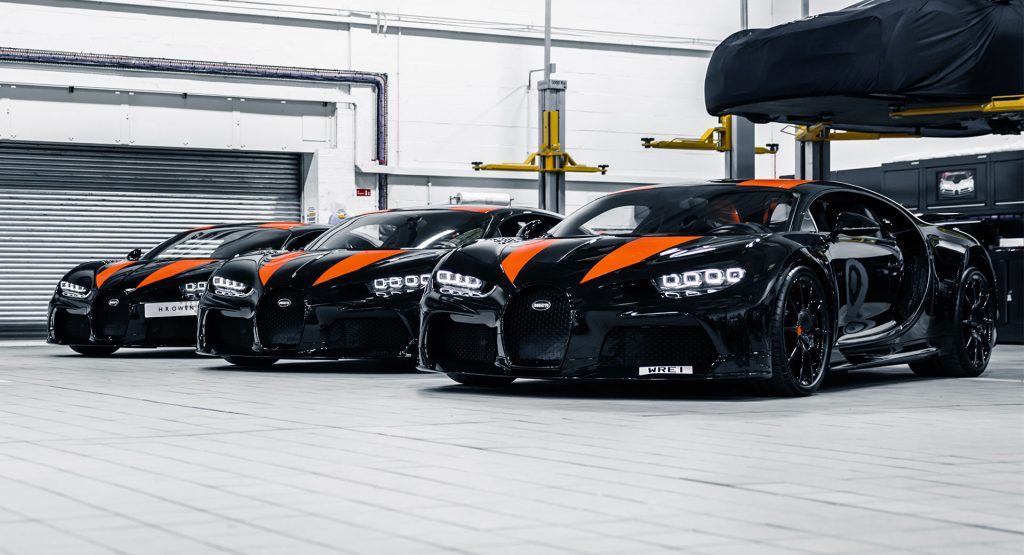 Bugatti is building only 30 examples of the Chiron Super Sport 300+ and the H.R. Own Bugatti London dealership has just delivered three of them.

The French car manufacturer first started building the record-breaking Chiron Super Sport 300+ in the second half of last year and by late September, had finished the first eight examples. Unlike most other Chiron models, including the standard car, those purchasing a Super Sport 300+ have very little scope for customization. 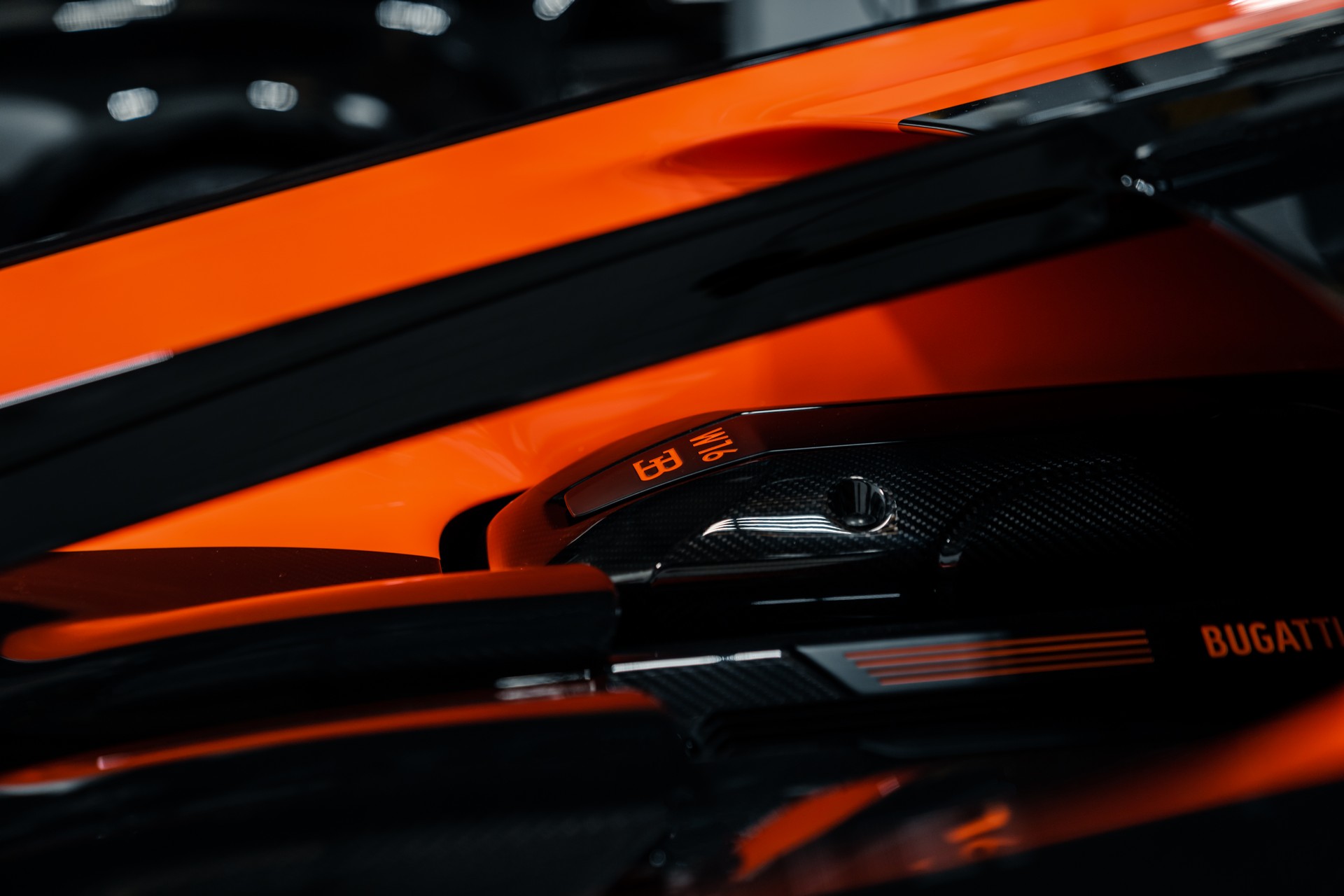 All 30 examples heading to the production line features the same dark carbon fiber finish that’s been offset with bright orange racing stripes. The Chiron Super Sport 300+ also comes exclusively with gloss black wheels and black brake calipers. One of the options that is available to buyers is the expensive Sky View glass roof panels and it has been optioned on one of the three cars delivered by H.R. Owen.

Significant aerodynamic modifications were also made. The Super Sport 300+ is 25 cm (9.84 inches) longer than a standard model, thanks predominantly to the extended tail section; it also has unique stacked quad exhausts and features a hydraulic rear wing that doubles as a powerful airbrake.