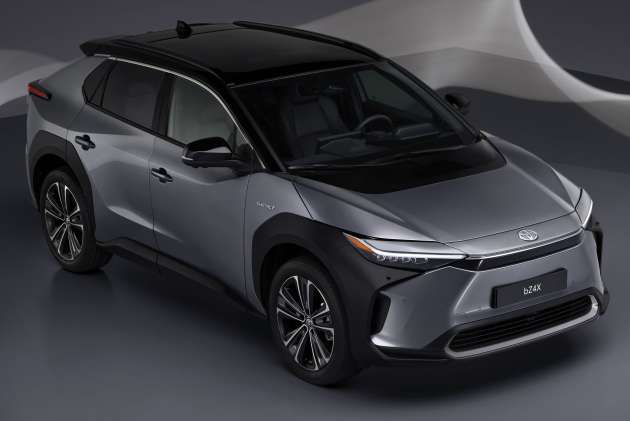 Toyota’s first dedicated battery electric vehicle, the bZ4X SUV, will soon be launched in Europe, with the first deliveries set for this summer. Ahead of the on-sale date, the carmaker has released finalised range figures on the WLTP cycle, and it has beaten its own estimates for the car.

According to the claims, the bZ4X is capable of driving up to 516 km on a single charge, which is slightly higher than what was previously announced. This figure, which is for the single-motor front-wheel-drive model, is an impressive achievement given the relatively modest 71.4 kWh lithium-ion battery – the Hyundai Ioniq 5, for example, delivers 481 km of range with a rear motor and a slightly larger 72.6 kWh battery.

The Toyota also does this while having a more powerful motor (albeit with less torque), which produces 150 kW (204 PS) and 265 Nm of torque. The all-wheel-drive version, which uses two motors to deliver a total system output of 160 kW (218 PS) and 336 Nm, has a range of 470 km. The vehicle supports up to 150 kW of DC fast charging, which will fill the battery to 80% in just 30 minutes. It can also accept up to 6.6 kW of AC charging, with an 11 kW on-board charger set to be offered in the fourth quarter of the year. 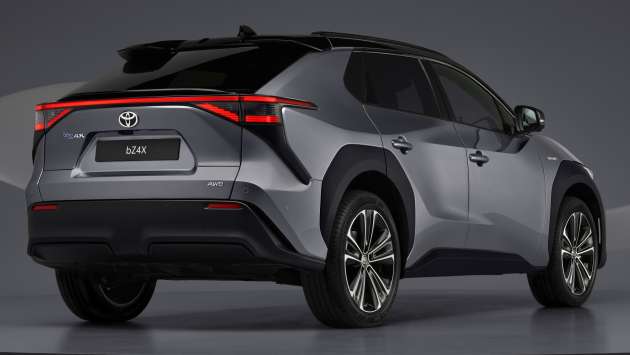 What’s more, Toyota guarantees that the bZ4X’s battery will be able to hold a charge no less than 70% after ten years or 1,000,000 km, whichever comes first, as part of the optional extended care programme. Buyers in Europe will be able to choose from a number of contract hire offers, including an all-inclusive leasing programme that incorporates maintenance, a wallbox charger provision and connected services access.

To recap, the bZ4X is built on the dedicated electric version of the Toyota New Global Architecture (e-TNGA), which was developed in conjunction with Subaru. The Pleiades brand will sell a twin in the form of the Solterra and has also lent its X-Mode technology with Grip Control to the AWD version of the car, generating increased traction on slippery surfaces. Measuring 4,690 mm long, 1,860 mm wide and 1,650 mm tall – with a wheelbase of 2,850 mm – the bZ4X is 90 mm longer than the RAV4 and has a 160 mm longer wheelbase. 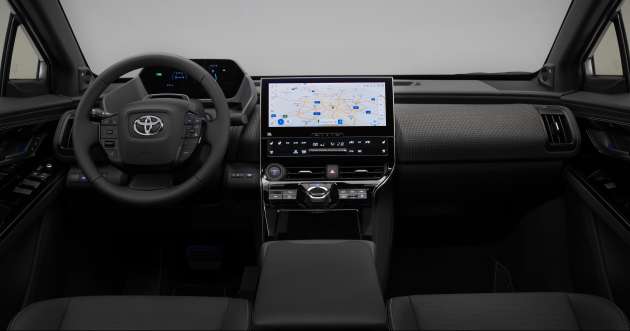 Other unique features include a more advanced Toyota Safety Sense system with oncoming and cutting-in vehicle detection, a digital instrument display mounted above the steering wheel and a novel Tesla-style yoke design for the wheel itself. This is linked to a steer-by-wire system that will be offered at a later date and allow full lock to be achieved with just a 150-degree turn.

Closer to home, the bZ4X is slated to arrive in Malaysia next year to take advantage of the existing import tax, excise duty and road tax exemptions for CBU EVs. What do you think – would you take this over the Ioniq 5?