Toyota Fortuner is one of the most popular full size SUVs currently on sale in India. The SUV has been on sale for over a decade and the popularity doesn’t seem to diminish at all. Toyota launched 2021 facelift and Legender in the market last year and after couple of months, Toyota also launched a 4×4 version of Toyota Legender. Meanwhile, there are several aftermarket kits available for regular Fortuner owners who do not want to spend a lot but, still want to achieve the Legender look. There are several examples of the same available online and here we have one such aftermarket Legender kit form Kerala-based 360 Motoring. 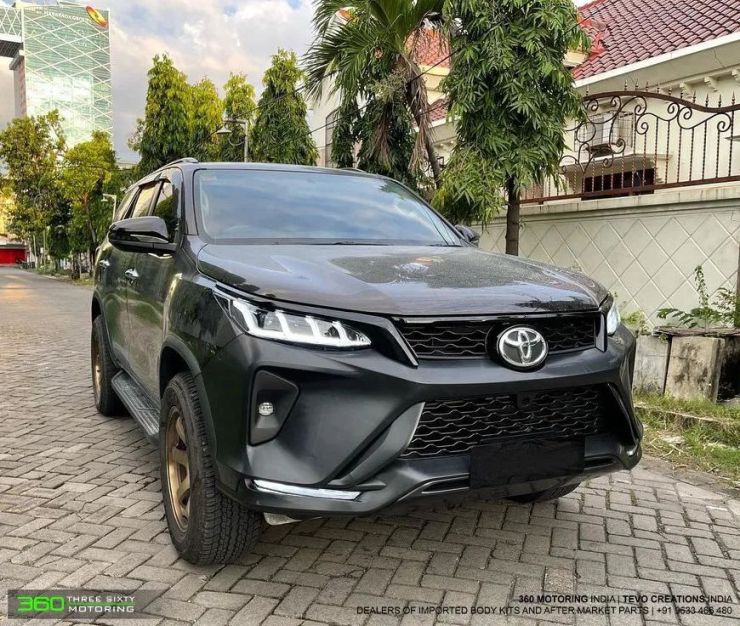 The images have been shared by 360motoringindia on their YouTube channel. The kit seen here in the images is actually an imported unit from Taiwan. The pictures show how neatly the kit fits on to the body of a regular Fortuner. The kit actually consists of headlights, front bumper, front grille, tail lamps and rear bumper. 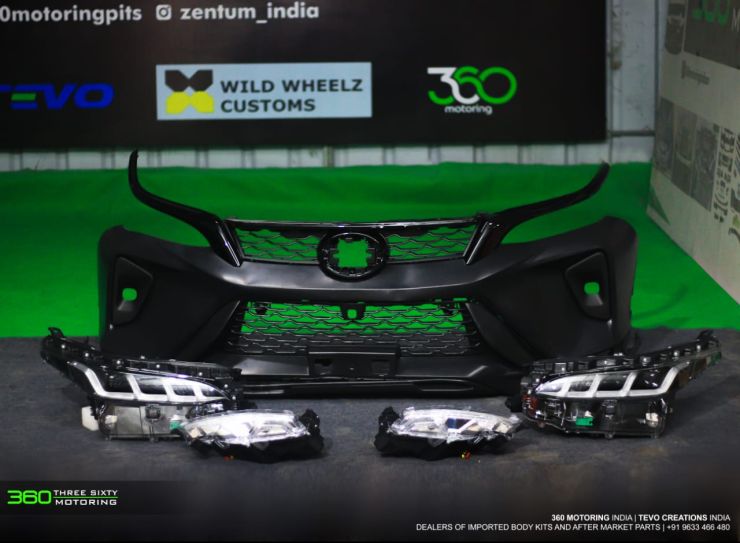 Also read: Mahindra XUV700 Getaway: What it could look like (Video)

The reason why rear bumper is also being replaced in the Fortuner is because, there is no L-shaped reflectors on the regular Fortuner. This kit can be installed on both facelift and pre-facelift models. The headlights on the regular Fortuner will be replaced with Legender’s unit which comes with unique looking integrated LED DRLs and all LED headlamps. The dynamic turn indicators are placed on the lower part of the bumper and the fog lamps are placed on the bumper. 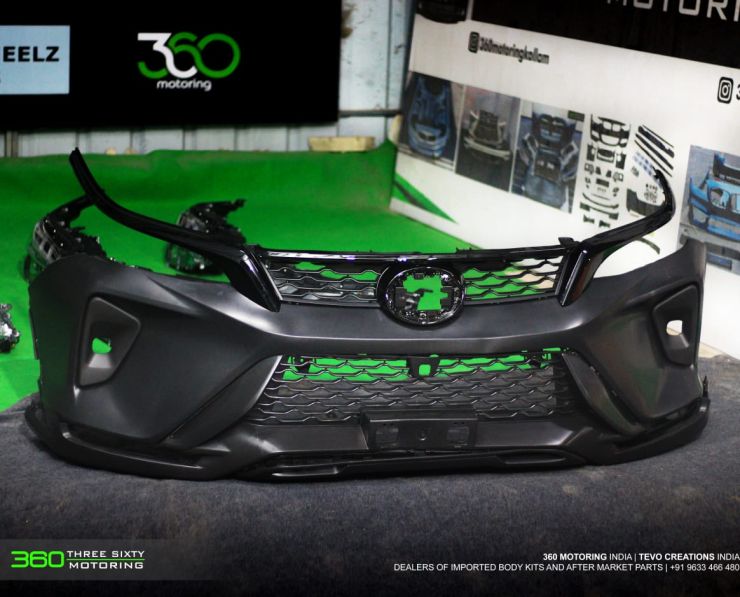 All the chrome outlines on the regular Fortuner has been taken down and replaced with gloss black elements. At the rear, the tail lights have also been replaced. Legender comes with slightly smoked out LED tail lamps. The chrome garnish running between the tail lamps will also be replaced with a gloss black unit. As mentioned above, the rear bumper is also replaced. Overall, the kit looks very neat and looks like it is made from decent quality material. Coming to the prices, this Toyota Fortuner to Legender conversion kit from 360 Motoring costs around Rs 1.35 lakh which includes headlights, tail lights, bumper – both front and rear and front grille. Interested people can get in touch with 360 Motoring on Instagram or call them on 96334 66480. 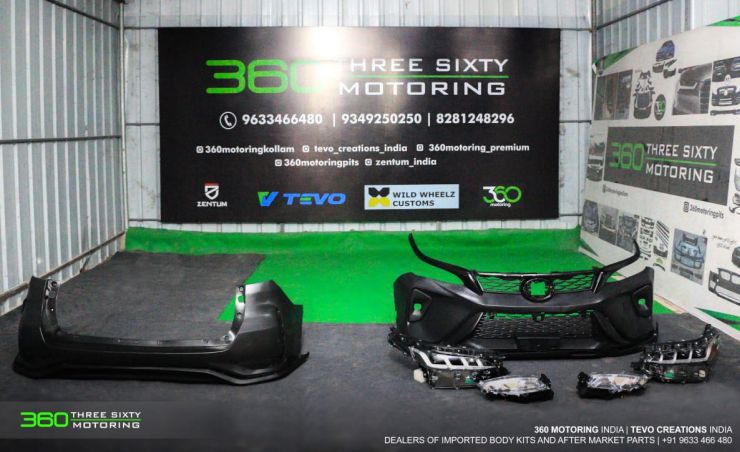 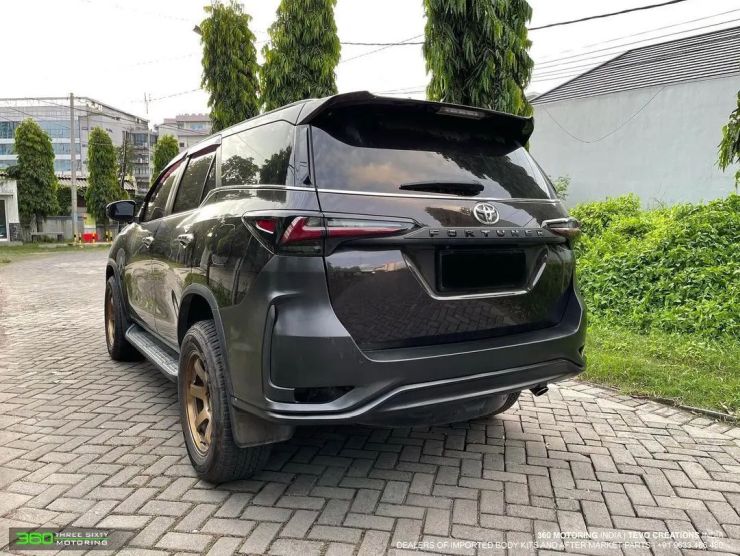 Toyota is also planning to launch Hilux pick-up truck in India. The dual cab pick-up truck will compete with the likes of Isuzu V-cross. Toyota will be launching the V-Cross rivalling Hilux in the Indian market on 20th January. The exterior design of Hilux is different from Fortuner and looks a lot more utilitarian. It will be powered by the same 2.8 litre diesel engine as Fortuner and will be offered with 4×4 as well.