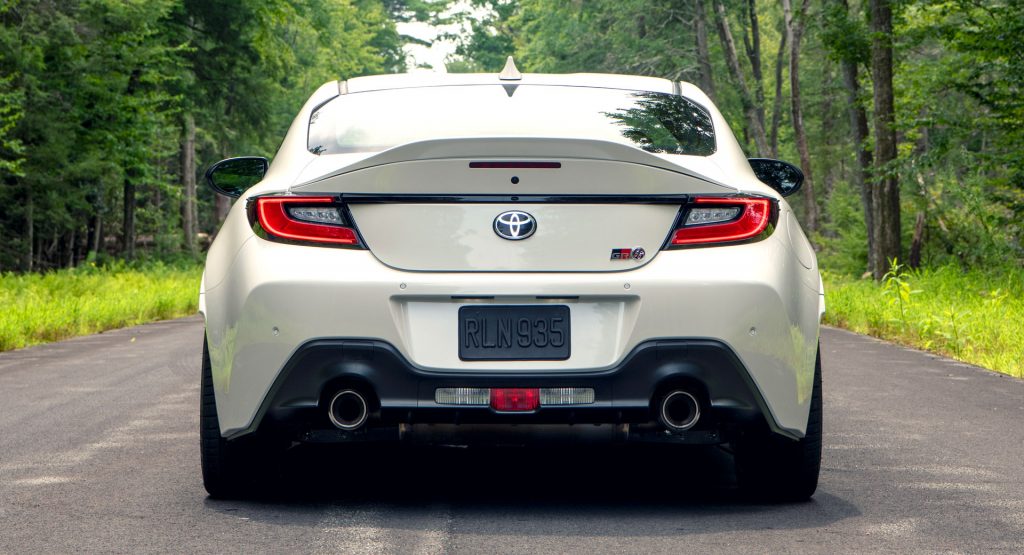 It’s been a decade since the Scion FR-S was first introduced here in North America and Toyota is apparently celebrating with a special edition of the two-door hard-top sports car now called the GR 86. A keen-eyed automotive sleuth found the VIN number decoder sent from Subaru North America to the NHTSA and it directly references the new edition.

In the documents shared on the NewNissanZ forums, the VIN decoders for the 2023 Subaru Impreza, the Subaru BRZ, and the Toyota GR 86 are all on display and that’s where we learn about the new trims on the latter.

Listed as “Premium 10th” and “Premium 10th ES” the two models are joined by the regular base trim and the Premium trim previously announced. That tells us that the special edition will be available with both a manual and an automatic transmission.

Read Also: How Much Power Does The Toyota GR 86 Actually Have? 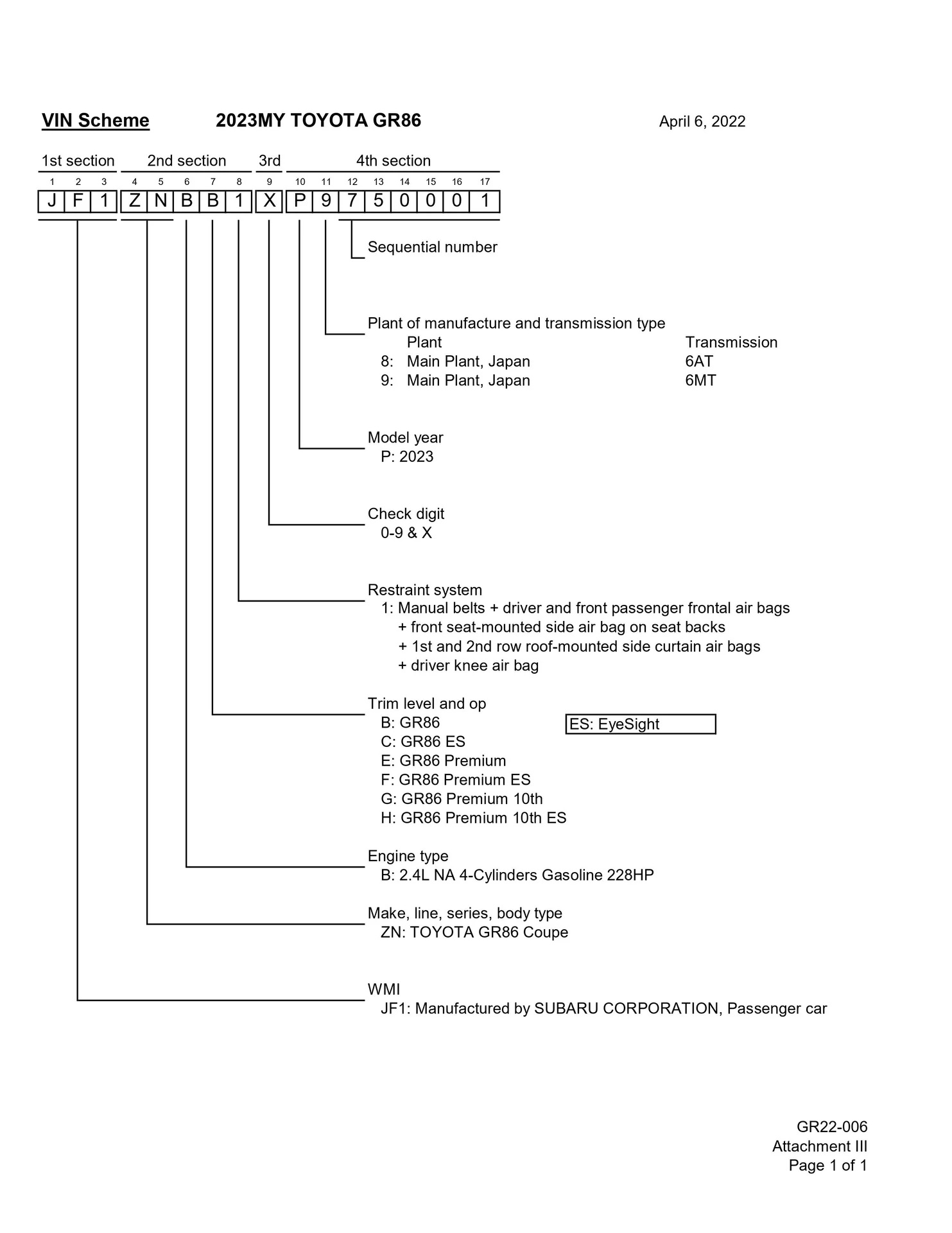 As expected with the BRZ, we see two different trims described, Premium and Limited. Subaru breaks down the VIN number even further by differentiating models equipped with EyeSight from ones without it. So for now, it looks like there’s no plan for a similarly themed 10th Anniversary BRZ despite the fact that it’s the one that still has its original name.

If Subaru does plan to do something special for the 2023 BRZ it isn’t hinted at anywhere on these documents. The last 10th-anniversary edition Subaru product was the XV (known as the Crosstrek in the USA). Before that was the Forester back in 2007 but both models were JDM-only offerings.

On the other hand, Toyota has recently released the 20th-anniversary edition Prius back in 2020. Since we don’t have any clear indication of what to expect from the 2023 GR 86 anniversary edition let’s review what the Prius shipped with.

From the factory, it was fitted with special black exterior trim, a color-keyed rear spoiler, black wheel inserts, and a “2020” insignia on the floor mats and the key. Inside the car, buyers also found a black shift knob and smoked HVAC vents. Here’s to hoping that this 10th-anniversary edition gets some actual performance equipment and not just some silly appearance package.