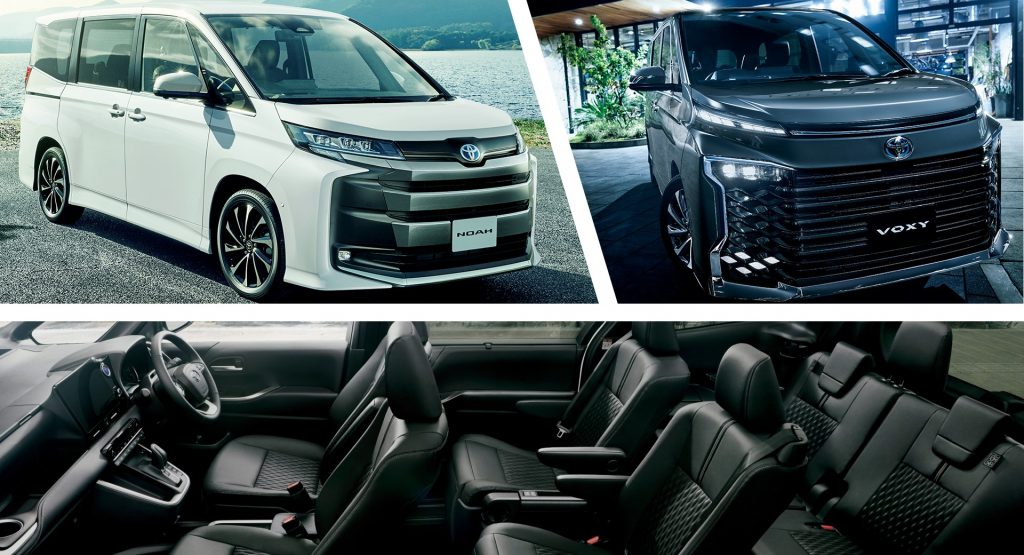 Following the last month’s teaser, Toyota has taken the wraps off the all-new fourth-generation Noah and Voxy in Japan. The family-oriented minivan siblings are based on a stretched version of the TNGA (GA-C) platform, bringing modern design features and Toyota’s latest technology.

Despite sharing the same underpinnings, interior, and the majority of their body panels, the Noah and Voxy are sold as different models aimed at different target groups. Both feature a massive grille covering most of the front end, following the latest trends in the minivan segment. The Noah has a more conventional look while the Voxy adopts a dual headlight design with more complex intakes and LEDs. 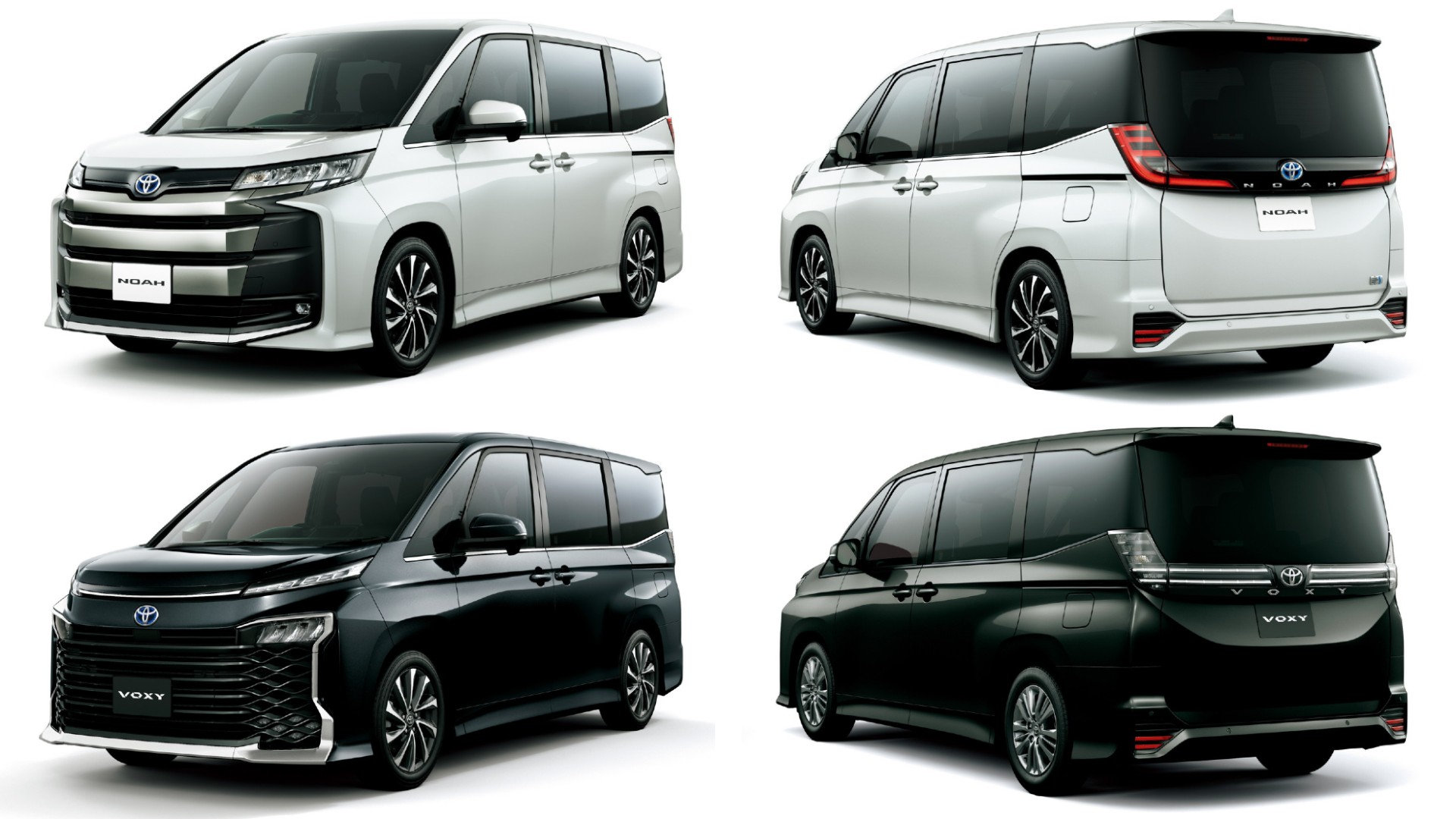 The cabin can be arranged with a seven-seat, or an eight-seat three-row layout with foldable seats. As you would imagine, there is heaps of space for passengers and their luggage, with a cabin height of 1,405 mm (55.3 inches), and additional underfloor storage at the boot. The dashboard is fairly modern with an 8-inch or 10.5-inch display for the infotainment system, a high-mounted center console, beautifully designed cupholders, and a practical storage tray. Optional features like a roof-mounted screen and a premium sound system make traveling more pleasant for the rear passengers. Equipment also includes the Toyota Safety Sense suite with all of the latest ADAS systems.

Read Also: Japanese Manufacturers To Play Catch-Up To Tesla And Others With Self-Driving Tech 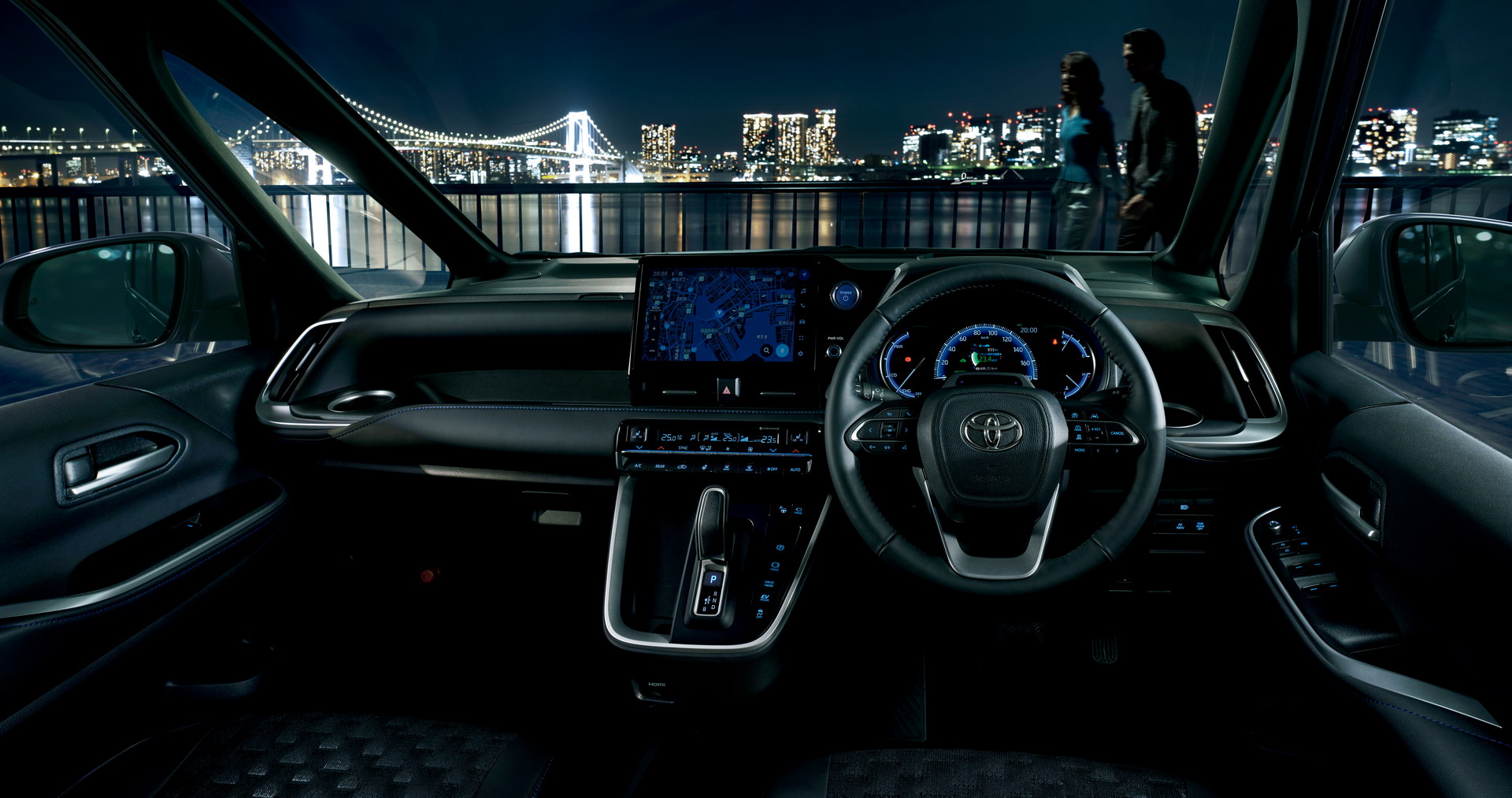 For easier entry from the wide-opening sliding doors, there is an electronically retractable step and a grip handle, while the rear hatch is free-stop thanks to a mechanism called “karakuri”. Toyota is also offering wheelchair-accessible “Welcab” variants with rear-mounted ramps. Additionally, they can be combined with the “Weljoin” seats featuring a side lift-up tilt mechanism and extra deployable steps designed for people with disabilities or reduced mobility.

In terms of powertrains, the minivans are available with the 2.0-liter Dynamic Force petrol engine, sending power to either the front (FWD) or to all four wheels (4WD) through a Direct Shift-CVT transmission with 10-speed Sport Sequential Shiftmatic. Alternatively, there is also a new generation hybrid powertrain, combining a naturally aspirated 1.8-liter engine with a more powerful electric motor and a higher capacity battery. This one is also available in 4WD using the E-Four system with an extra electric motor. 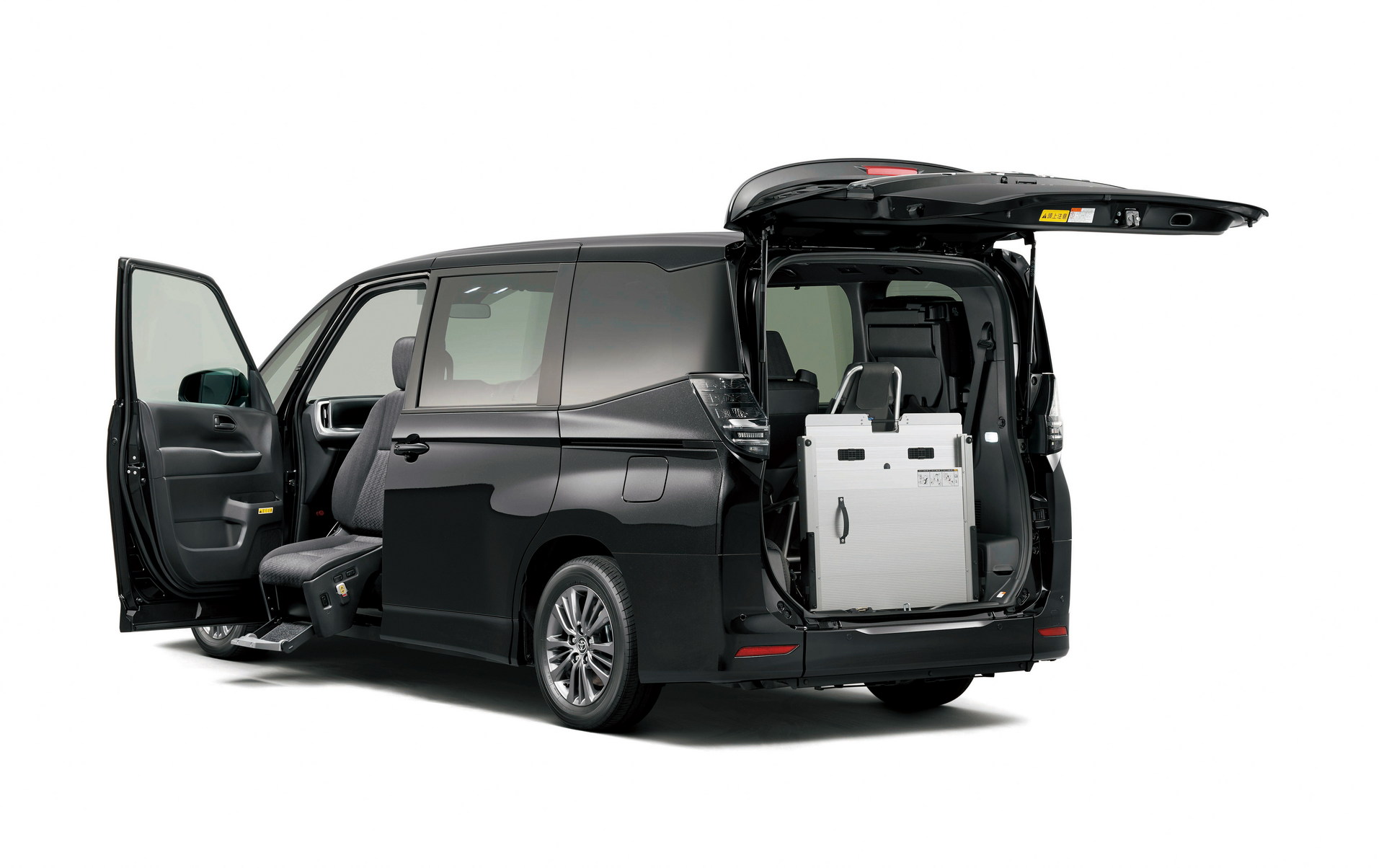 This will be the fourth generation of the duo, with the first introduced in 2001, the second in 2007, and the third in 2014, with Toyota staying true to their six-year product circle. Despite the impressive roominess, the Noah / Voxy are sitting below the larger Alphard / Vellfire and the flagship Granace in Toyota’s Japanese minivan range. Rivals include the brand-new Honda Step WGN, and the Nissan Serena.