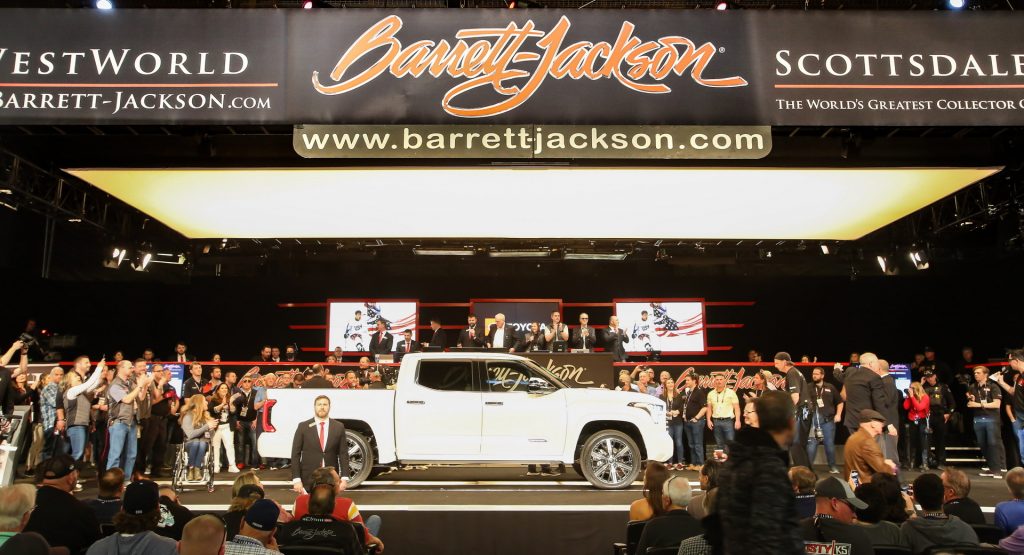 Toyota raised more than $1.2 million for its U.S. paralympic fund at Barrett-Jackson’s Scottsdale Auction by selling off two of the first production 2022 Tundras.

The Tundra Capstone with VIN 001 sold for $700,000 while the Tundra TRD Pro with VIN 002 went for $550,000. Along with the vehicles, the auction winners will get a Toyota-hosted trip for two to Park City, Utah, for an exclusive program to cheer on the Team USA athletes going to the Paralympic Winter Games, a Tundra engine cover signed by chief engineer Mike Sweers, and an exclusive framed print of the original Tundra styling sketches from Toyota’s North American design studio signed by its designers. 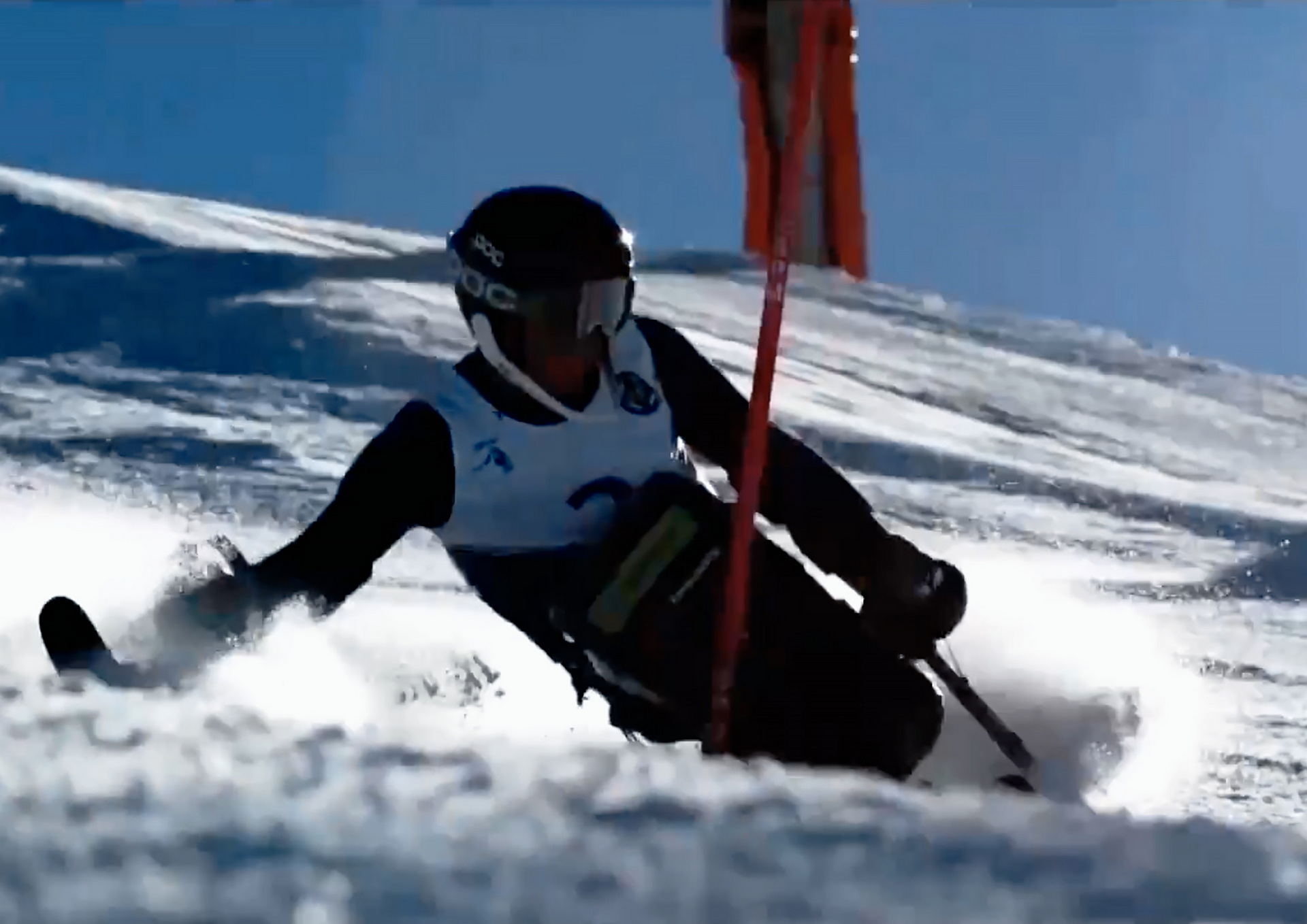 The money raised at the auction is going to the Toyota U.S. Paralympic Fund, which was launched by the company in an effort to support Team USA Paralympic athletes. To date, it has supported more than 340 athletes and hopefuls across the country. The sale of these trucks contributed significantly to the fund, which has now raised a total of $4.9 million.

“I never thought in my wildest dreams that I would help Toyota auction off a Tundra for $550,000!” says Paralympic athlete Kaitlyn Verfuerth, who joined Toyota on the auction block for both sales. “These funds will go directly to help Paralympic athletes train, have proper equipment, and have access to the best coaching. This type of support is life-changing, and I cannot thank Toyota enough for helping me go more places than I’ve ever imagined.”

The auction-winning Tundras will be delivered to their owners this spring. 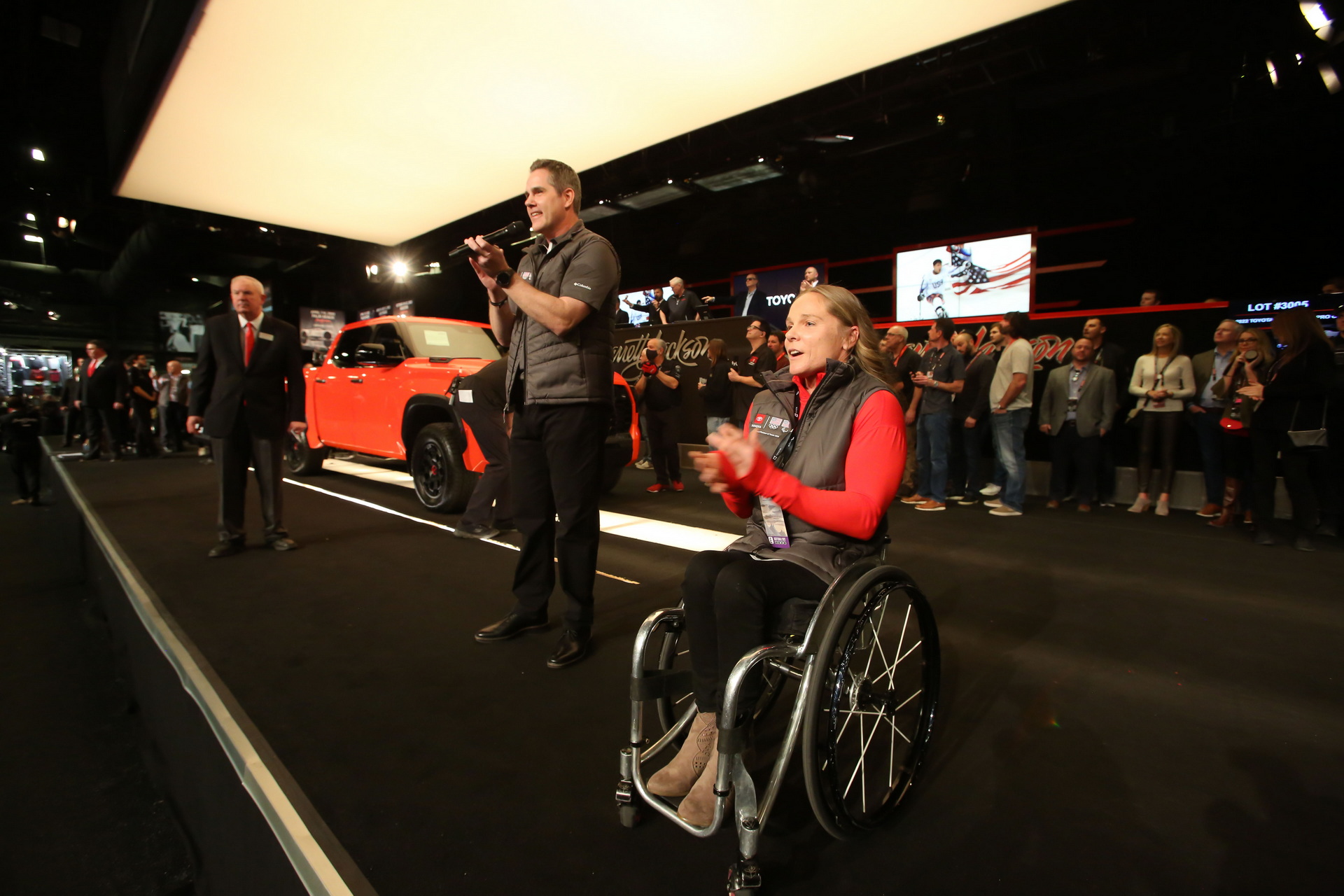 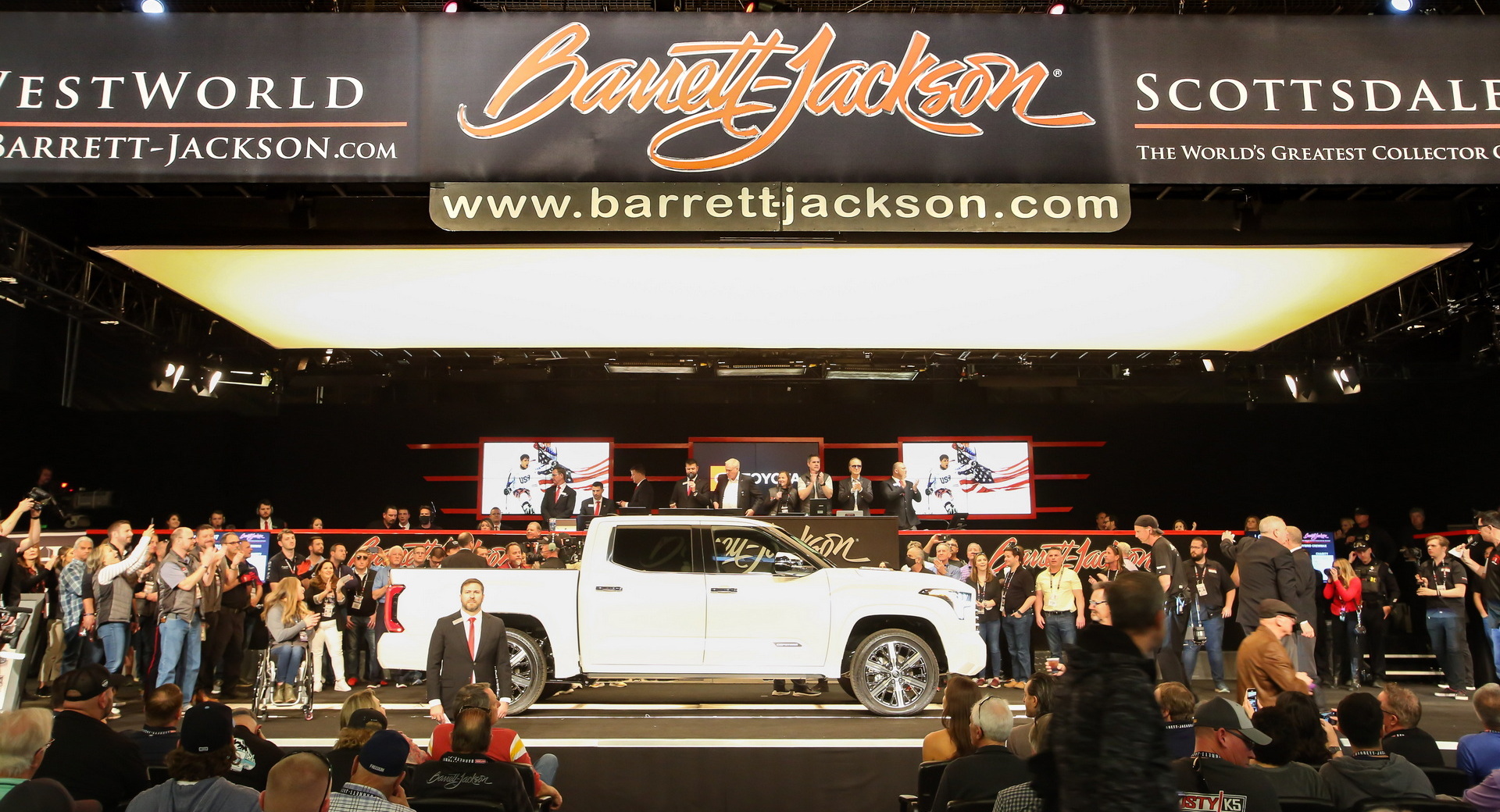