Toyota India has released the first teaser image of the facelift of their premium hatchback, Glanza. The Japanese manufacturer will be launching the Glanza Facelift on 15th March. They have also released a new teaser of the voice commands feature that will be available on the Glanza. You would be able to invoke the assistant by saying “Hey Toyota”.

In the video, we also get a look at the new touchscreen infotainment system. It is a 9-inch unit and the lower variants will get a 7-inch unit. There will be Android Auto and Apple CarPlay on offer. It would come connected to an Arkamys sound system. 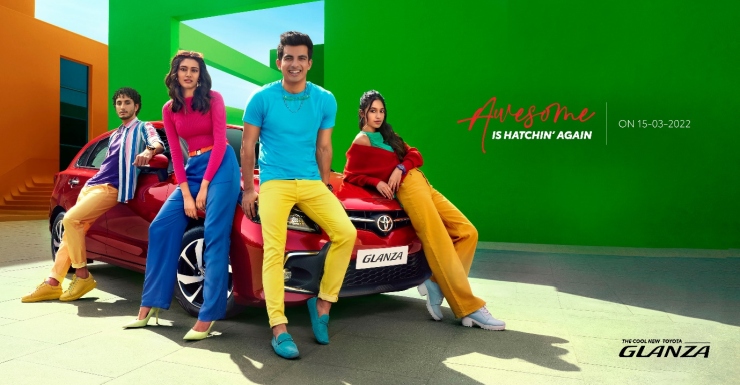 Unlike the previous Glanza which was a straight-up rebadge of the Baleno just with a different grille, the 2022 Glanza will have a different front face. The headlamps shape and the projector setup is the same as the Baleno. But, the LED Daytime Running Lamps will be different on both hatchbacks. The Baleno gets three elements for the LED DRLs whereas the Glanza will get an LED strip just like we used to get on the previous generation Baleno.

There would also be a slightly different set of diamond-cut alloy wheels. The rest of the car will stay the same. So, the rear tail lamps and the bumper will be the same as the Baleno and so will be the side profile.

Same features as the Baleno 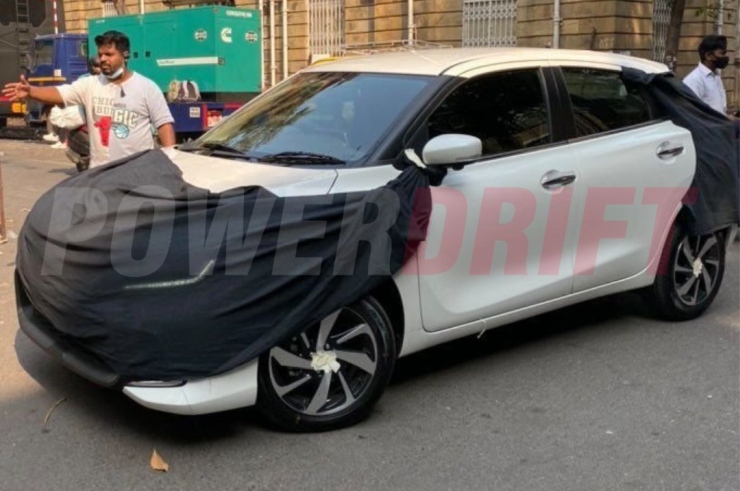 The feature list is expected to stay the same as the Baleno because after-all Glanza is a rebadged Maruti Suzuki Baleno with minor changes. So, we are expecting the Glanza to come with a heads-up display that will show various information in the line of sight of the driver. The HUD shows speedometer, blower speed, climate temperature, fuel efficiency, tachometer, time, gear indicator and time.

There would also be a 360-degree parking camera that shows a top-down view of the hatchback. This can be quite helpful if the driver has to park the vehicle in a tight space. However, the quality of the cameras is not so good. 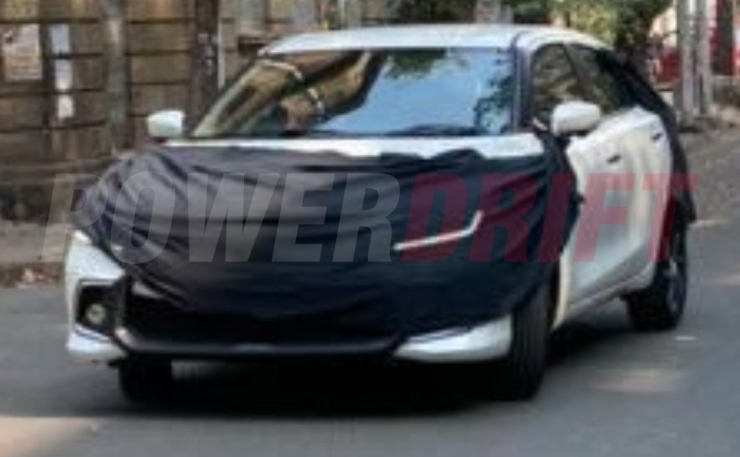 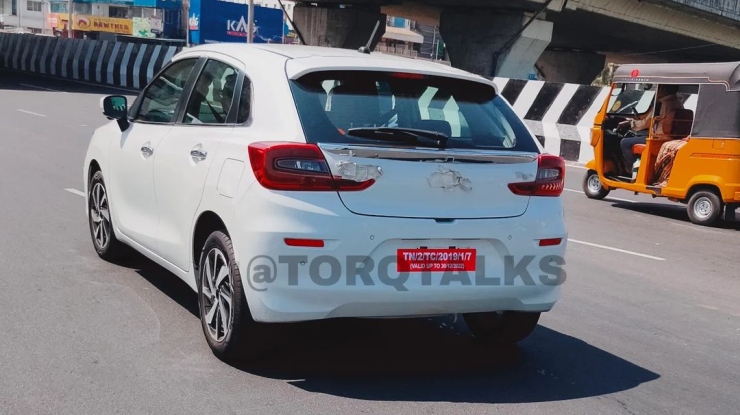 The safety equipment will be the same as the Baleno. As standard, the Glanza will come with dual airbags, an Anti-lock braking system, Electronic brake distribution, rear parking sensors, a high-speed alert system, Brake Assist and ISOFIX child seat mounts. On the top-end variant and with AMT variants you also get Electronic Stability Control and Hill Hold Control. 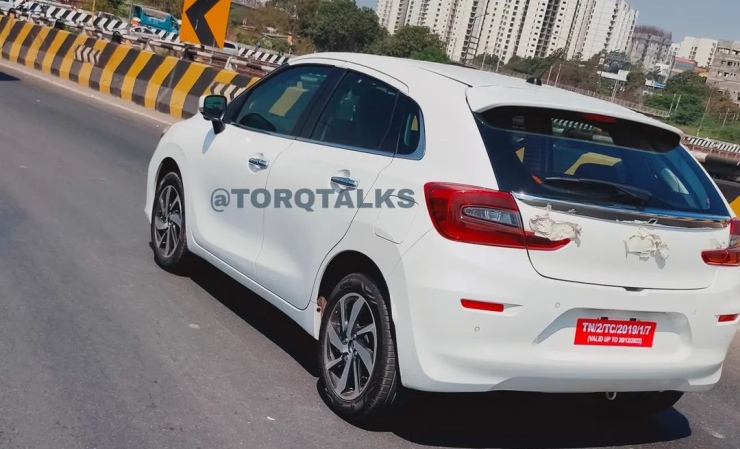 Toyota Glanza will come with only a 1.2-litre, four-cylinder naturally aspirated petrol engine that produces 90 PS of max power and 113 Nm of peak torque. You would be able to choose from two transmissions. There would be a 5-speed manual gearbox or a 5-speed AMT on offer.

2022 Glanza would go against Maruti Suzuki Baleno, Hyundai i20, Honda Jazz and the upcoming Citroen C3.