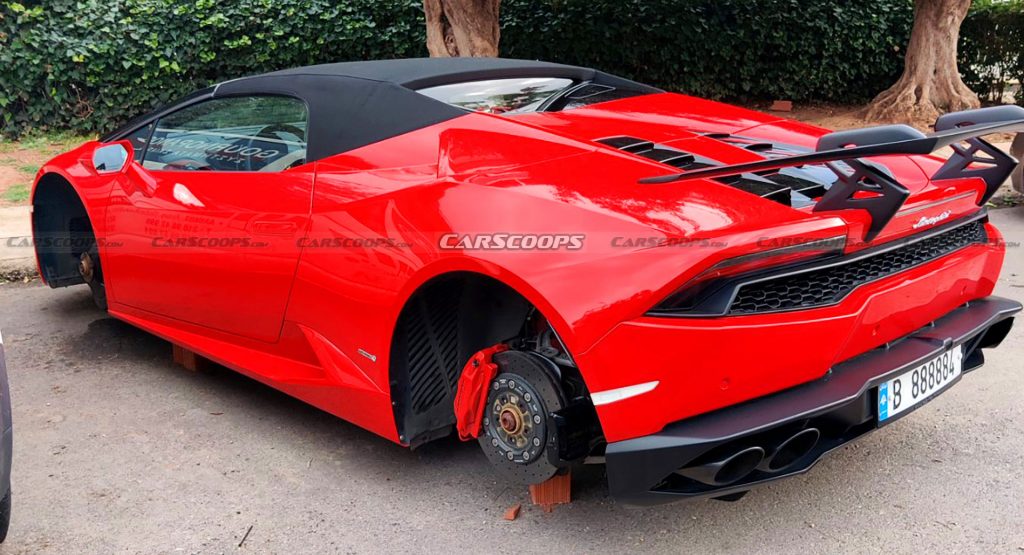 A Carscoops reader has shared images of a Lamborghini Huracan Spyder standing on bricks after apparently having had its wheels stolen.

Reader Chris took the photo in Glyfada, a suburb outside Athens, while going to work and says he was far from the only person taking pictures. The red Huracan features body-matching red brake calipers and has a Performante-style rear wing, though it doesn’t appear to be made of carbon fiber and the rear fascia is not from that model. It, instead, looks like the rear found on the car before the 2019 “Evo” redesign.

According to Greece’s Iefimerida, the car belongs to Adnan Yassine, the owner of Arabica TV and the president of Lebanon’s Bourj FC soccer club. He told the outlet that he noticed the missing wheels when he was, ironically, on his way out of the house and heading to the dealership for scheduled maintenance. 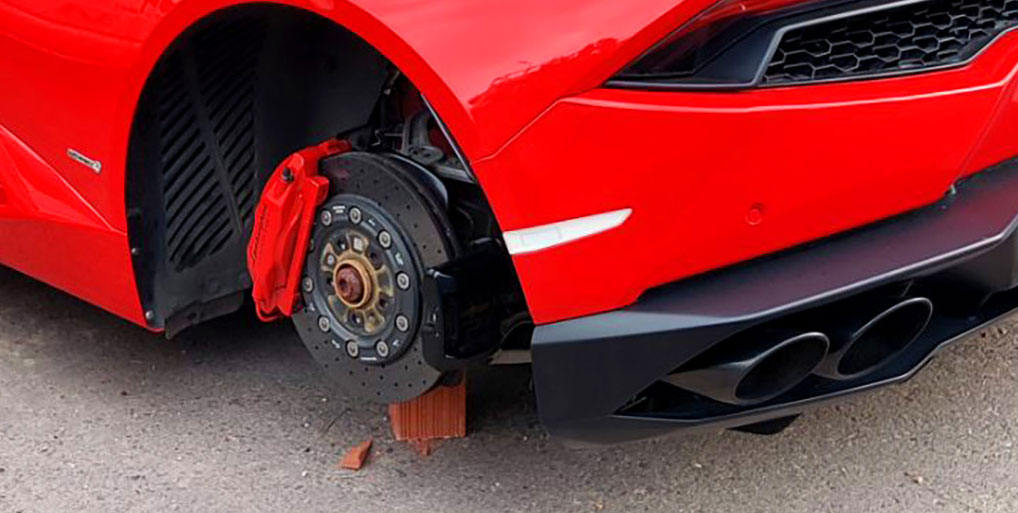 In other pictures shared by the outlet, the front brakes are revealed to have been stolen as well as the wheels. Understandably, Yassine wasn’t too pleased about the theft, saying he spent three hours with the police just to find they couldn’t do anything about the crime adding that he wasn’t the only one targeted. “Many of my friends are victims of thefts, whether it concerns their house and car, or bags and other small items,” he said.

Greek reports claim that the damage amounts to more than €40,000 ($45,225 at current exchange rates). Although the vehicle is insured, it is only fully insured in Lebanon, and for just a third of the value in Greece, which he was visiting.

What the thieves will do with the wheels remains unknown, though, if they’re anything like the enthusiasts in my neighborhood, they’ll probably try to retrofit them onto a Mk5 Jetta…

Thanks to Chris Halas for sharing the pictures! 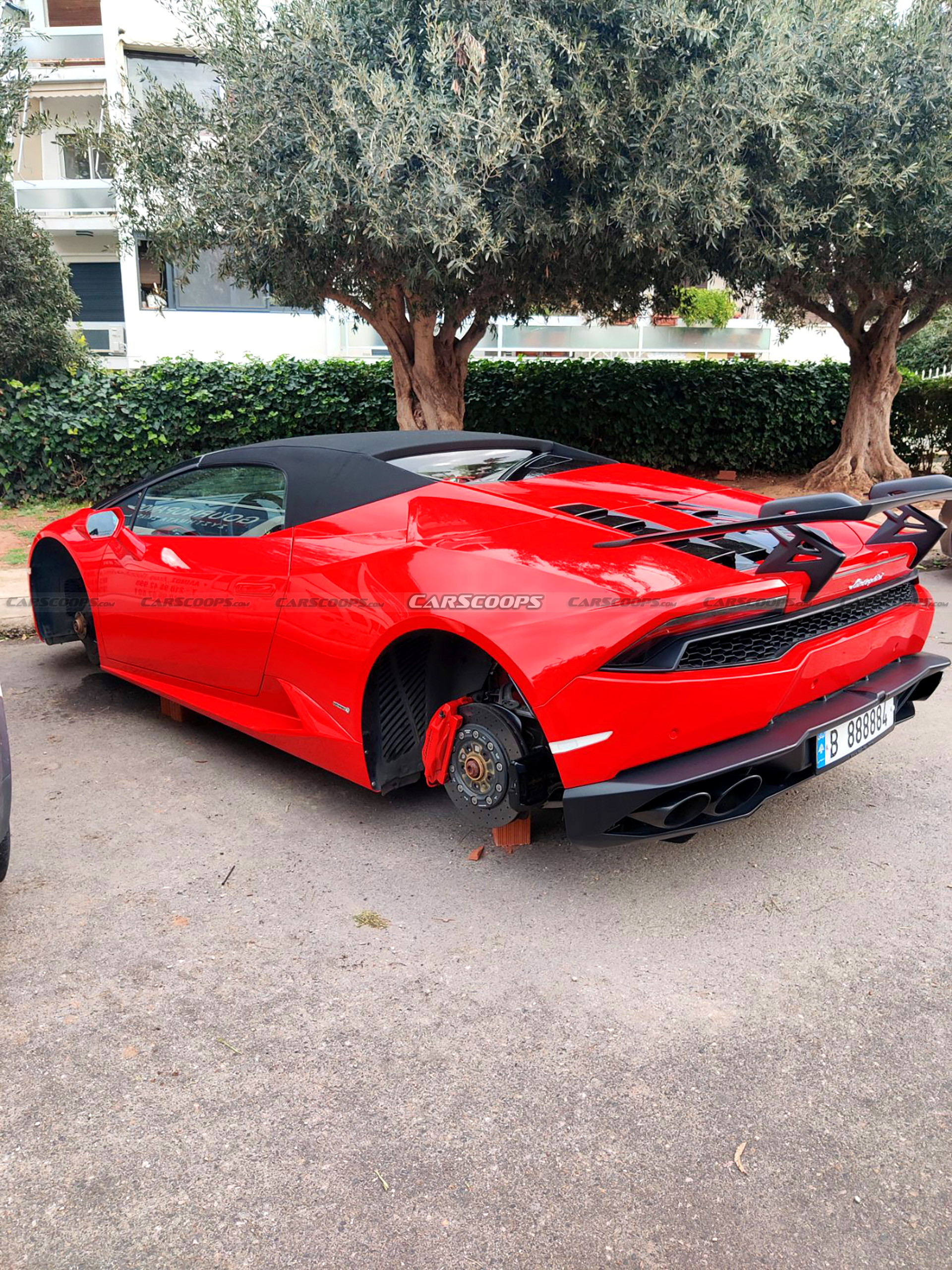