Two-strokes differ from four-strokes (all current production car piston engines) in that each cylinder in a two-stroke engine produces power twice as often as a four-stroke for the same number of cycles. The most traditional two-strokes have no camshafts, poppet valves or any other kind of moving machinery in the top end of the engine, which makes them lighter, cheaper, simpler and able to generate more power per kilogramme.

Because of that, they’ve been ideal for motorcycles, producing more bangs for the buck in a lighter package. Instead of valves letting air in and exhaust out, the most basic two-stroke designs have transfer ports in the cylinder barrels to pump air and fuel up into the combustion chamber via the crankcase using pressure below the piston.

Not only does that prevent the storing of oil in the crankcase like the average four-stroke does, but it also rules out having a separate oil lubrication system at all. Oil must be mixed with the petrol instead, as anyone who owns two-stroke garden equipment will know. The emissions they produce mean the use of a petrol-oil mix in modern cars is out of the question. 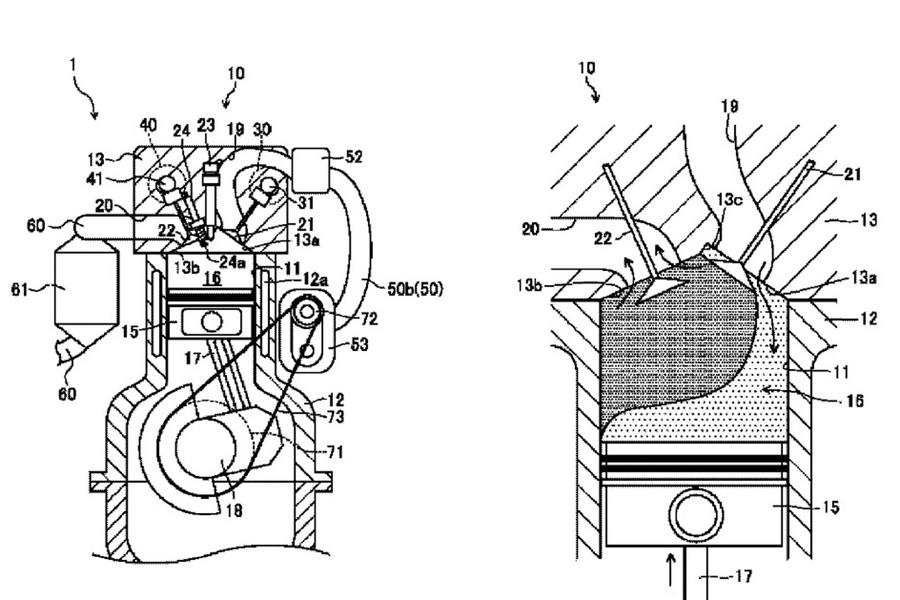 There have been attempts to get round the problem by using four-stroke mechanicals. Australian firm Orbital tried it in the 1990s and Ford ran prototypes fitted with it. A Chrysler experimental engine division also developed one with valves in the cylinder head and oil in the sump, like a four-stroke.

The Mazda invention is also close in design to a four-stroke and takes advantage of the sophistication and speed of modern electronics to overcome the limitations of those previous designs. Like Mazda’s four-stroke Skyactiv-X engine, it can run in both lean-burn, spark-controlled compression ignition (SCCI) at low and medium power and as a conventional spark-ignition engine at high power, and it is equipped with direct petrol injection and a belt-driven roots blower to achieve the lean-burn operation.

The idea is that the engine is super-frugal in SCCI mode at low to medium power, switching to spark ignition for high power.

Variable valve timing (VVT) allows some incoming air to escape before it’s compressed on the compression stroke, effectively lowering the compression ratio. VVT also allows both valves to be opened to scavenge exhaust from the engine, with pressure from the blower forcing gases from the exhaust port and preventing them from entering the inlet tract at the same time.

Combustion systems are always conceived and tested on single-cylinder engines to start with, but this design could work with as many cylinders as Mazda wanted. Mazda says there are no specific plans for using it and it’s hard to see where it could fit into its product line-up. But in theory, it could be applied to a range-extender generator, for example, as well as forming the basis for a lightweight powertrain in its own right.

This is a job for superturbo 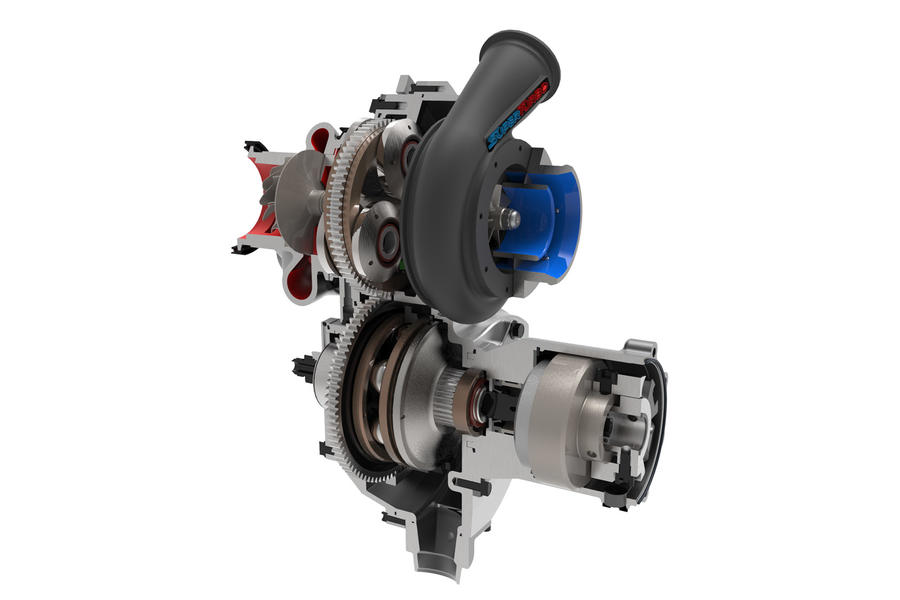 Superturbo Technologies and Linamar in the US are collaborating to bring a new emissions-reducing technology to the market for large commercial engines.

The Superturbo is able to control the speed of the turbo independently of the engine’s exhaust gas flow by adding or subtracting power to or from the turbocharger shaft. The Superturbo improves the efficiency of diesel, hydrogen and natural gas engines.