There were many sightings of the Citroen’s next big thing for the Indian car market, the C3 sub-compact SUV, on the Indian roads. However, all of those spied test mules were completely camouflaged. This time, the Citroen C3 has been spied in its full-fledged form without any coverings, which makes it look like it is all set to launch officially in India. The Citroen C3 has already made its global debut in September 2021. However, Citroen didn’t reveal many details about the India-spec model.

Indian-spec will come with alterations 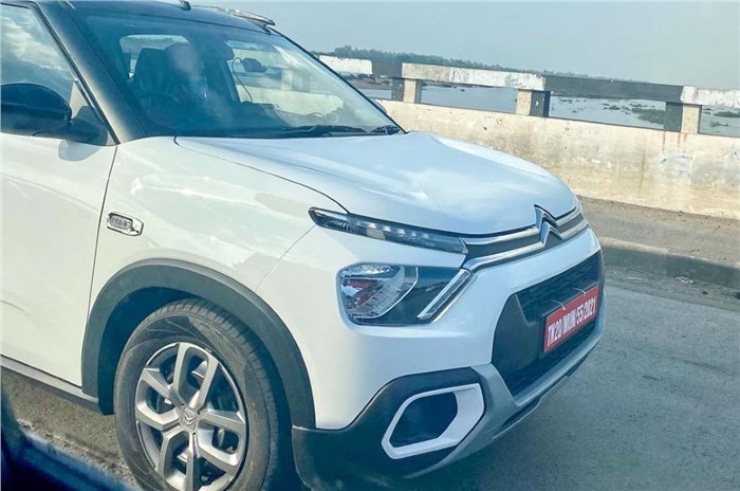 Based on the images by Muraliswami of the undisguised test mules, we can say that the India-spec Citroen C3 will come with a few alterations over the global-spec model revealed last year. The model gets chrome garnish around the turn indicators mounted on the front fender, reflectors placed on the rear bumper and the tailgate. The addition of chrome might have been introduced, given the love of Indians for chrome touches on their cars.

The spied mule was running on steel wheels with styled wheel caps and had no black cladding on the lower parts. However, this might be an entry-level model and the said features might be there in the range-topping versions. Though, body cladding is present over the wheel arches, with the C3 getting blacked-out pillars, outside rearview mirrors and roof rails. 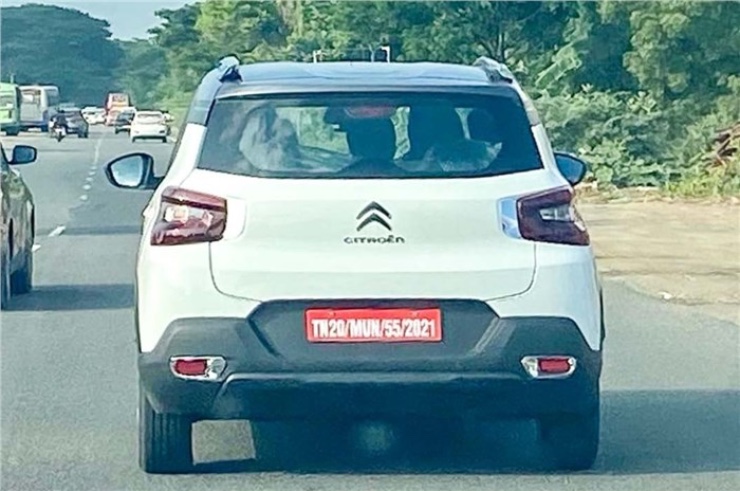 As expected, the Citroen C3 gets the micro-SUV stance with high ground clearance and a heightened bonnet. At the front, the C3 has a unique looking double-slat grille, which merges with the split-type headlamps. While the upper portion gets slim turn indicators, the lower portion has the main headlight and LED daytime running lamps. The front bumper has a dual-tone finish with black mouldings around possible fog lamp housings and a silver skid plate in the middle.

A funky cabin as well 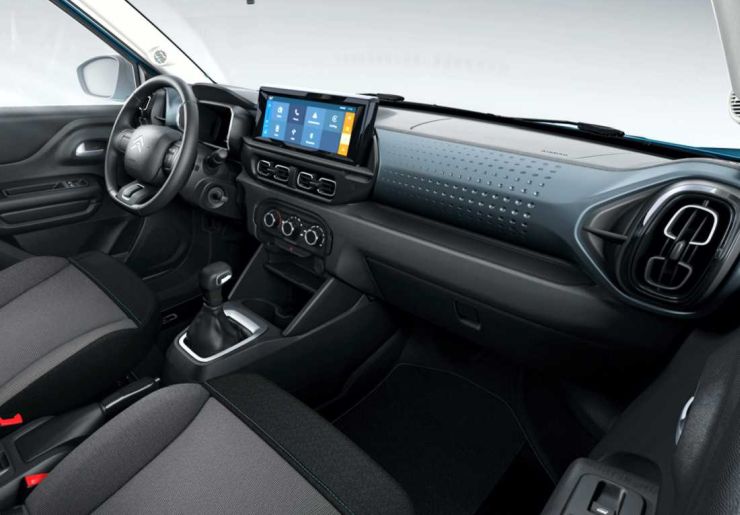 Apart from the exteriors, the spy shots didn’t reveal much about the interior of the Citroen C3. However, the India-spec model is expected to retain the quirky looking dashboard with a digital instrument console and a 10-inch touchscreen infotainment system in the middle from the global-spec model.

To add a dose of funkiness, Citroen might introduce colour-coded panels on the inside. As in the global-spec model, the rest of the cabin of the C3 feels simple and under-equipped with manual AC controls, front seats with integrated headrests and manual adjustments for the rearview mirrors. 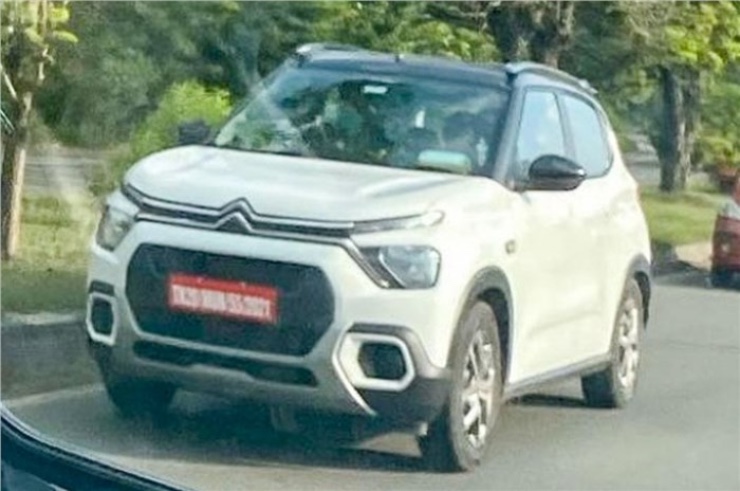 Citroen will be launching the C3 as a petrol-only model, which is expected to get a 1.2-litre turbo-petrol engine under its hood. The expected choices of transmission are a 5-speed manual and a 7-speed dual-clutch automatic.

With its 3.98-metre length and sub-compact SUV stance, the Citroen C3 will take on the likes of entry-level sub-compact SUVs like the Renault Kiger, Nissan Magnite, Tata Punch, Mahindra KUV100 and Maruti Suzuki Ignis. However, unlike others, Citroen has clearly stated that the C3 will be a rugged looking hatchback and not an “SUV”.

The post Upcoming Citroen C3 spotted before the official launch in India first appeared on Cartoq.