Will this electric hatchback prove a successful successor to the Beetle and the Golf?

Why we’re running it: To see whether this electric family hatchback has the versatility to be Volkswagen’s new people’s car 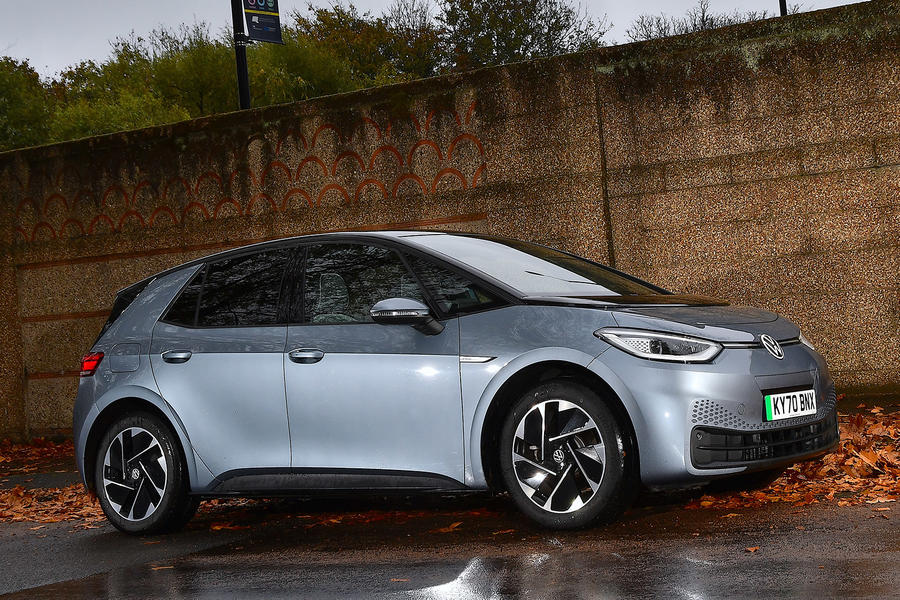 While the cabin is impressive for its roominess and airy feel, interacting with it is another story. The controls on the dash and steering wheel feel weird to operate, and even opening or closing a door is a tactile turn-off, because the parts of the armrests that you grab are covered in hard plastic. At least the leather-wrapped steering wheel rim feels good.

Adjusting to the ID 3 from my previous Citroën ë-C4 took longer than expected. The ID 3’s steering is slower and heavier than the ë-C4’s and the car feels more ponderous. But now that I’ve got used to it, I’m really starting to appreciate the ID 3’s well-judged ride-and-handling balance and the smooth, uncorrupted feel of its steering.

As electric cars glide quietly yet inexorably into the mainstream, the Volkswagen ID 3 might well become the car that defines the family hatchback class in the new era, in the same way that the ubiquitous Volkswagen Golf has done for a good portion of my lifetime. Although the Golf itself isn’t ready to be pensioned off just yet, it surely won’t be long before the ID 3 surpasses its stablemate in the sales charts and takes over as the people’s car for the zero-emissions age.

Given the significance of the car to both Volkswagen and the multitudes who still buy family hatchbacks, I’m fairly excited about the prospect of joining the fast-growing club of ID 3 owners. On the face of it, this is a car that ticks a lot of boxes, being strong in a number of key areas, from range and performance to interior space and practicality.

That excitement is tempered by a certain amount of trepidation, though, mainly due to the sheer volume of criticism that has been heaped on the ID 3 (and the latest Golf) over the quality and functionality of its interior.

Certainly, anyone expecting to see plush materials in the ID 3 is going to be sorely disappointed. Plenty of rivals are fancier inside and have more user-friendly dashboard layouts. However, I’m willing to give the ID 3 a chance to see what it’s like to use every day before I weigh in with any sideswipes of my own.

My ID 3 is a Pro Performance model, which means it comes with a 58kWh (usable capacity) battery and a 201bhp motor that drives the rear wheels and delivers a 0-62mph time of 7.3sec. You can get an ID 3 with a smaller or bigger battery, the latter promising a headline range of up to 340 miles. My mid-ranger can officially cover 260 miles between charges in the Family trim I’ve gone for – still a very respectable figure. 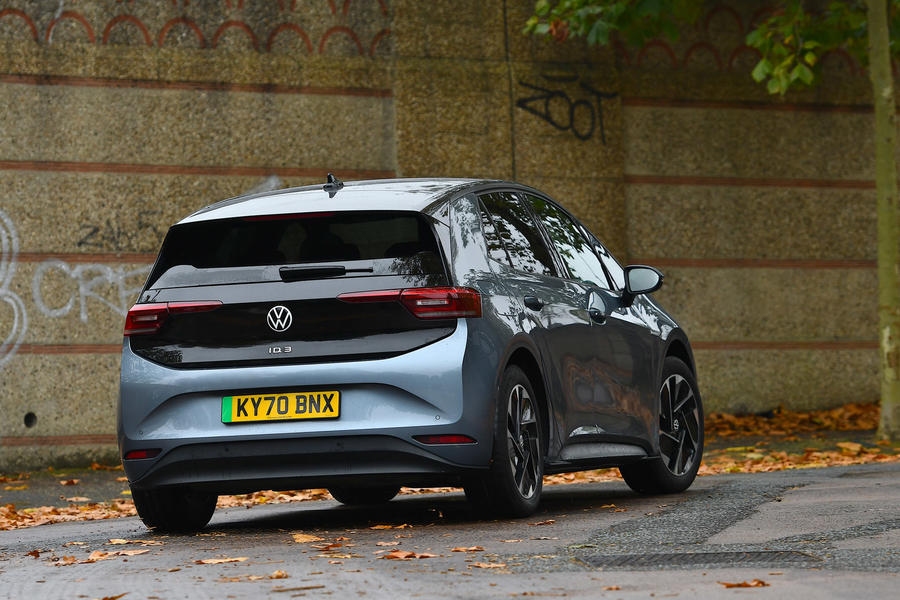 A maximum charging rate of 100kW means the ID 3 can get from 10-80% capacity in about half an hour via a suitably powerful public rapid charger, while a full charge from a typical 7kW home wallbox would take about nine and a half hours. However, I’ve got only a 3kW wallbox in my garage, so the same fill from near-empty will be an overnight job. That’s fine for my needs, though.

Because its list price is less than £35,000, my ID 3 qualifies for the government’s £2500 subsidy for EVs, with a competitive post-grant price of £32,475 putting it in the same ballpark as the upmarket BMW i3 and high-spec versions of the Citroën ë-C4 and Nissan Leaf. It’s also a similar price to Kia’s more practical e-Niro and Soul EV crossovers.

Although there are quite a few trim levels to choose from, there’s surprisingly little variety when it comes to interior colour; most versions offer only the two-tone grey scheme that my ID 3 is sporting.

The Family also gets front and rear parking sensors, a rear-view camera, heated front seats, a heated steering wheel, keyless entry and a panoramic glass roof. And there’s a host of advanced driver and safety aids, including adaptive cruise control.

Most ID 3s come with steel ‘aero’ wheels, which I think look cheap, so I’ve splashed out £650 on 18in two-tone ‘East Derry’ alloys that go nicely with the Stonewashed Blue metallic paint (£645) and standard black roof and tailgate.

The other option I’ve added is a heat pump (£1000). This is an energy-efficient way of heating and cooling the cabin and reduces the climate-control system’s impact on the car’s range. It also allows me to warm up and demist the interior remotely before I set off on a journey. 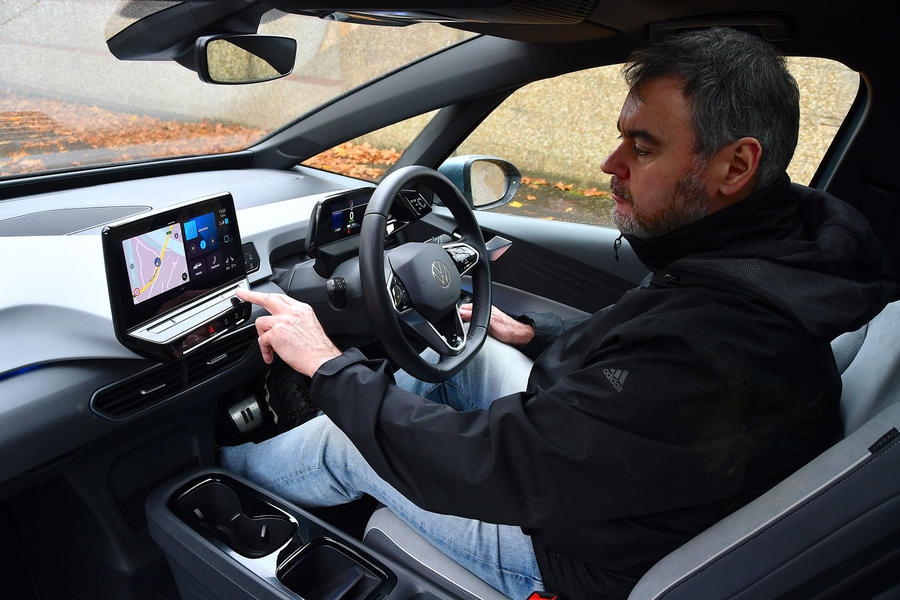 From behind the wheel, the ID 3 has a slightly MPV-like feel, in that the windscreen pillars are pushed a long way forward, with sizeable quarterlights between them and the doors to aid visibility at junctions, and the base of the screen feels like the front of the car. This might not be everyone’s cup of tea, but there’s no denying that you get an excellent view forwards and to the sides and that the cabin feels very airy.

It’s already obvious that there have been some lapses in logic when it comes to the layout of the dashboard, and the infotainment system can be frustrating, but it remains to be seen whether these things matter all that much.

I’m far more interested in whether my ID 3 can deliver anything close to the range it promises. As long as it’s well north of 200 miles in real-world use, I will be happy, because that will give me the freedom to go places without too much effort. That will play a big part in how usable it turns out to be – and whether it deserves to be considered the people’s car of the EV era.

I recently tried an ID 3 back to back with a Golf, and the biggest surprise was how similar the two felt. The ID 3 was more spacious and a touch smoother, but it didn’t feel much like a bold leap into the future like some EVs. I’m not sure that will be a problem for ID 3 buyers, who are likely to be seeking a car for 2021 rather than a taste of 2031. 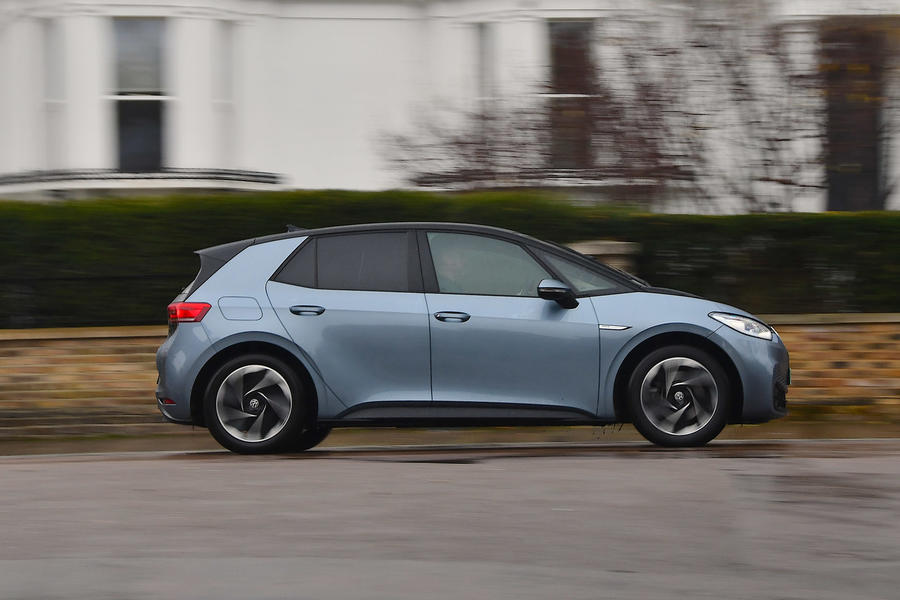