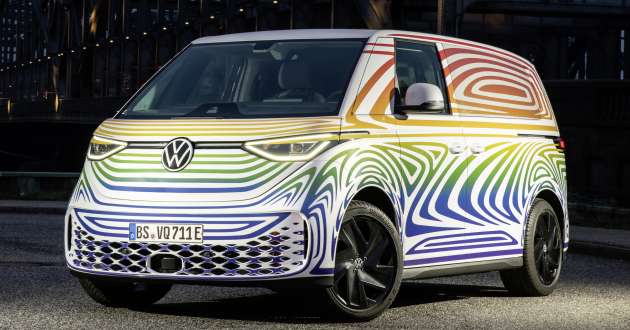 First revealed to the world at the 2017 Detroit Motor Show as the I.D. Buzz concept, the modern-day interpretation of the Microbus has been confirmed for debut on March 9 this year by Volkswagen.

This will be made in two forms; the five-seater, passenger format ID. Buzz and the load-carrying-oriented, three-seater ID. Buzz Cargo, both of which will commence production in the first half of this year and the European market sales launch will take place in autumn 2022, according to the manufacturer.

Volkswagen has revealed the exterior dimensions of the ID. Buzz and ID. Buzz Cargo, where the common dimensions are a length of 4,712 mm, width of 1,985 mm excluding mirrors, and a wheelbase of 2,988 mm. The ID. Buzz stands 1,937 mm tall, with the Cargo variant an additional 1 mm. 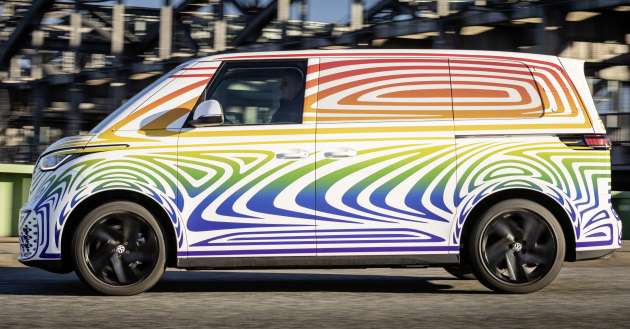 Powertrain for this pair of ID. Buzz variants is a single-motor rear-wheel-drive configuration, rated at 204 PS and 310 Nm of torque; identical figures as those for the ID.3 hatchback and the ID.4 SUV.

Like these fully electric ID models, the similarly MEB platform-based ID. Buzz and ID. Buzz Cargo gets a battery capacity of 77 kWh, while charging capacity is “in the range of Volkswagen ID models” with the battery of the same size, said Volkswagen, and driving range figures for the ID. Buzz duo will be announced at a later date, says Volkswagen.

Thus configured, the ID.3 has a range of 550 km, and the ID.4 a range of 520 km, both on the WLTP testing cycle. For the ID.4, using a DC fast-charging facility can replenish the electric SUV’s battery with 320 km of range in around 30 minutes.

In addition to DC fast charging, the ID. Buzz will, in the future, also feature bi-directional charging; this will enable ID. Buzz users to store excess electricity acquired from a building’s solar panels in the vehicle, and subsequently feed electricity back to the building to be independent from external supply without sunlight, says Volkswagen.

Over-the-air updates will feature in the ID. Buzz range, as with other models in the Volkswagen ID. family of electric vehicles. Also present will be driver assistance systems such as the new Trained Parking function, which enables the vehicle to drive itself into and out of parking spaces, Car-2-X warnings and alerts for the vehicle’s surroundings, and Travel Assist, a forward and lateral guidance system on a partly automated basis across the full speed range based on crowdsourced data.