Volkswagen Trinity, imagined here by Autocar, is due in 2026

Volkswagen will invest €2 billion (£1.65bn) in a brand new factory in its German hometown to build its new Trinity flagship EV from 2026.

The company announced it was planning a new facility in Wolfsburg last year and has now given it the green light following approval from the board of management.

It will be located close to the firm’s existing Wolfsburg factory and will serve as “a key component of the largest modernisation program in the history of Volkswagen’s main location”, Volkswagen said.

Construction is scheduled to get under way in the Wamenau area of the city in spring 2023. It’s aimed at matching the manufacturing efficiency of Tesla’s new Gigafactory currently under the final stages of construction in Gruenheide, near Berlin.

Volkswagen is aiming for a 10-hour build time for each Trinity and will implement a new production ethos at the Wamenau site: “Fewer variants, fewer components, more automation, leaner production lines and new logistic concepts.”

Opening a new site, rather than building the Trinity in an existing plant, removes the need to disrupt production of any other vehicles and allows for new production processes to be more easily implemented. Volkswagen earlier indicated that it would also be cheaper to construct the new factory than to retrofit its existing Wolfsburg site.

The planned site is envisioned to produce up to 250,000 cars per year. This is in addition to the 500,000-unit annual capacity of Volkswagen’s existing Wolfsburg site. 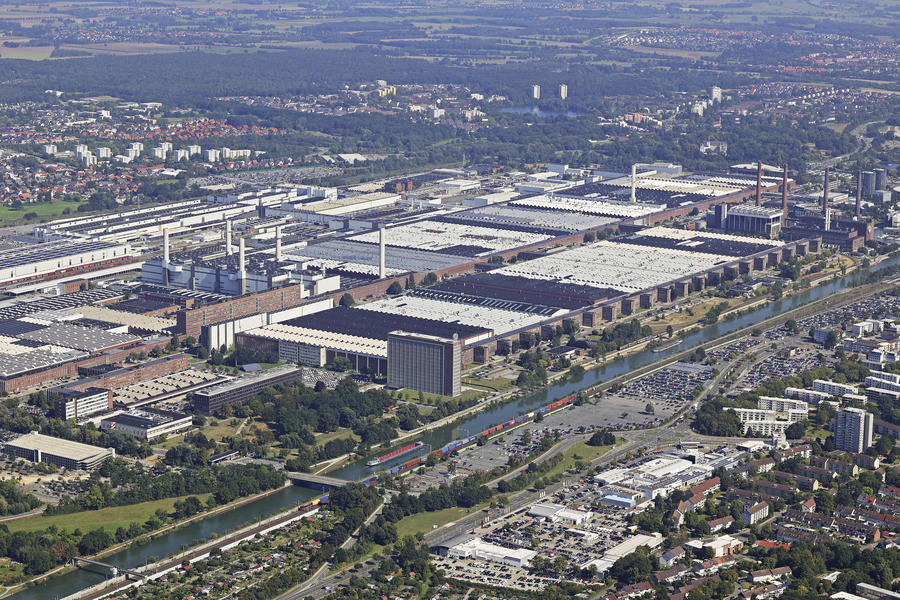 Tesla has announced its new German Gigafactory factory will boast an annual output of up to 500,000 cars per year.

The Trinity is described by Volkswagen as “a highly efficient flat-seat concept with an iconic design”. It’s planned to be one of the first Volkswagen models to be based on the company’s new SSP (Scalable Systems Platform). This is claimed to possess even greater modularity than Volkswagen’s existing MEB structure, as well as providing the basis for Level 4 autonomous driving technology, and is projected to underpin more than 40 million vehicles in its lifetime.